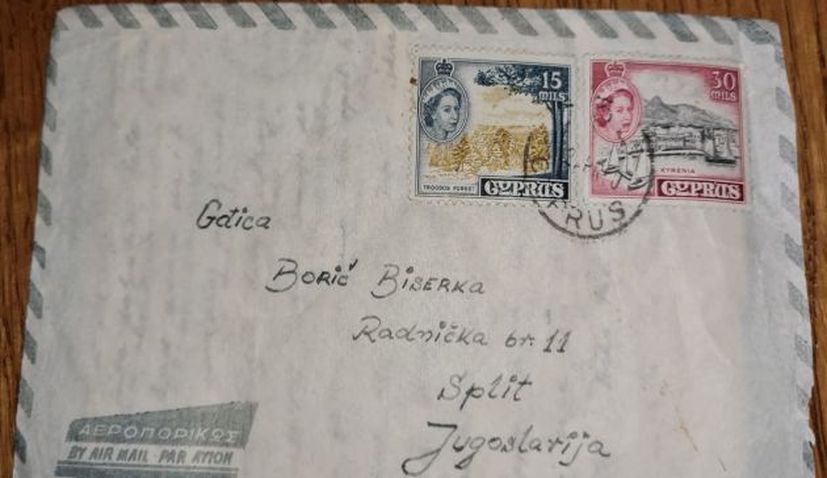 TROGIR, 28 September 2021 – The search to find the owner of a 61-year-old letter addressed to a woman in the Croatian city of Split which was found last week in Trogir is over.

Earlier this week, portal Grad Kastela sought out help from the public in searching for those who knew more about a letter dated from 1960 which was found a few days ago in Trogir. The letter was addressed to Biserka Borić from Radnička ulica 11 in Split and was sent from a ship in Cyprus.

After the story was reported by a number of media, the person who found the letter was contacted by many  people, including someone claiming to know the intended recipient Biserka Borić and that he had informed her two daughters.

It was confirmed that this person who knew the family was legit as they knew the name of the sender which was kept out of the initial story in the media.

Those who got in touch with the finder of the letter were certain that the letter was sent by Biserka’s boyfriend at the time, who later became her husband, Tonči Vrdoljak, who was navigating on a ship at the time.

They were right, on the back of the letter was Tonči Vrdoljak’s name as the sender. He sent the letter, which he wrote in April 1960, from the ship ‘Šolta’ from Cyprus. The couple’s eldest daughter has come forward and claimed the letter. 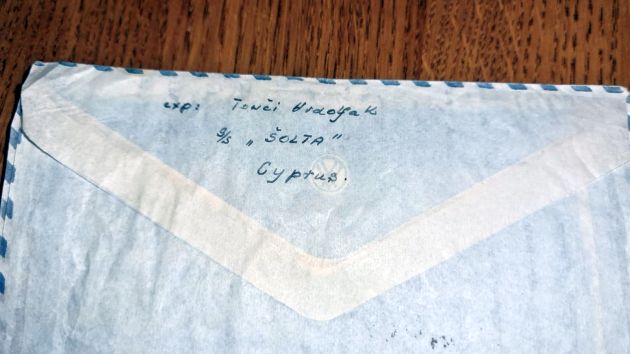 “Biserka was a young woman from Dugopolje who lived with her mother and sister in Gripe in Split. She fell in love with a young man from Split, Tonči, and Tonči fell in love with her. Although she was only 19 and he was 23, they decided to get married. In order to secure money for the wedding, and to see a little of the world along the way, Tonči boarded the ship. And from the ship to his beloved, when the opportunity arose, he wrote extremely emotional letters, from which, just as in what was found, a great love for Biserka could be read.

Some sentences in the letters could be found on the topic of the life of sailors and Biserka certainly would have had great joy to read each of them. We know, because we also enjoyed reading this letter found in Trogir,” portal Grad Kastela concluded.