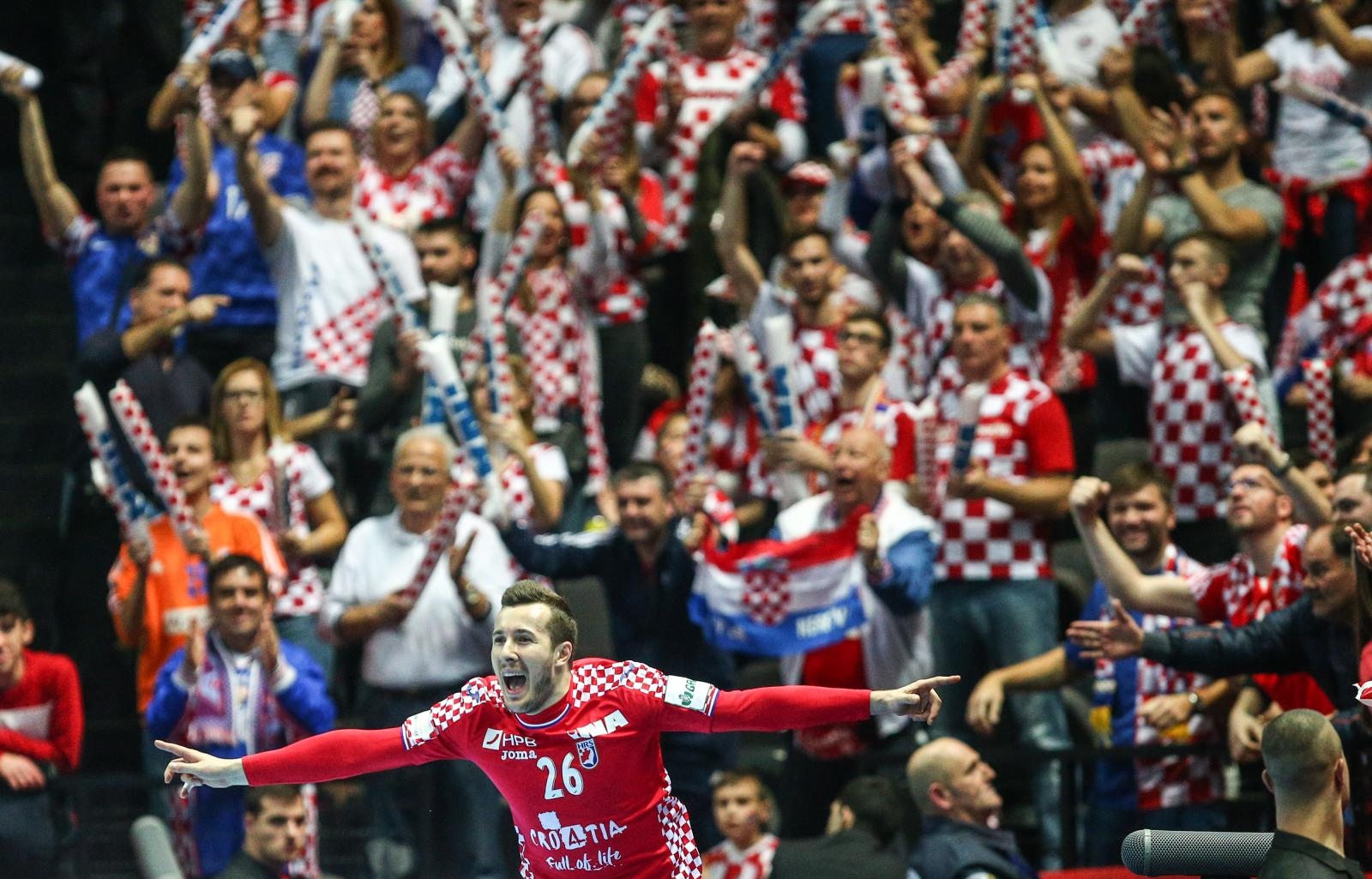 Croatia has opened their 2018 EHF European Men’s Handball Championship campaign with a convincing victory over Serbia in front of a packed Spaladium Arena in Split on Friday night.

With the large crowd behind the home side, Lino Cevar’s side raced out to an early led and would never relinquish it in the first half thanks to some top saves from Alilovic in goal.

Croatia started the second half in similar fashion to the first with Cindric and Stepancic keeping the pressure with their accuracy in front of goal, extending Croatia’s lead to 10 in the final minute of the match.

Serbia could not find a way through Croatia’s defence, with Duvnjak, Gojun, and Vori strong in defence and Croatia made sure of the win in their first match of the tournament. Alilovic in goal was named Man of the Match.

The 2018 EHF European Men’s Handball Championship is being held in Zagreb, Split, Varaždin, and Poreč from 12 to 28 January 2018.

Croatia’s remaining group matches will be against Iceland (14.01) and Sweden (16.01). Both will be played in Split.

The Croatian handball team has previously won two Olympic gold medals and one World Championship, but never won the Euros, having lost two finals, one to rivals France and the other to Denmark.