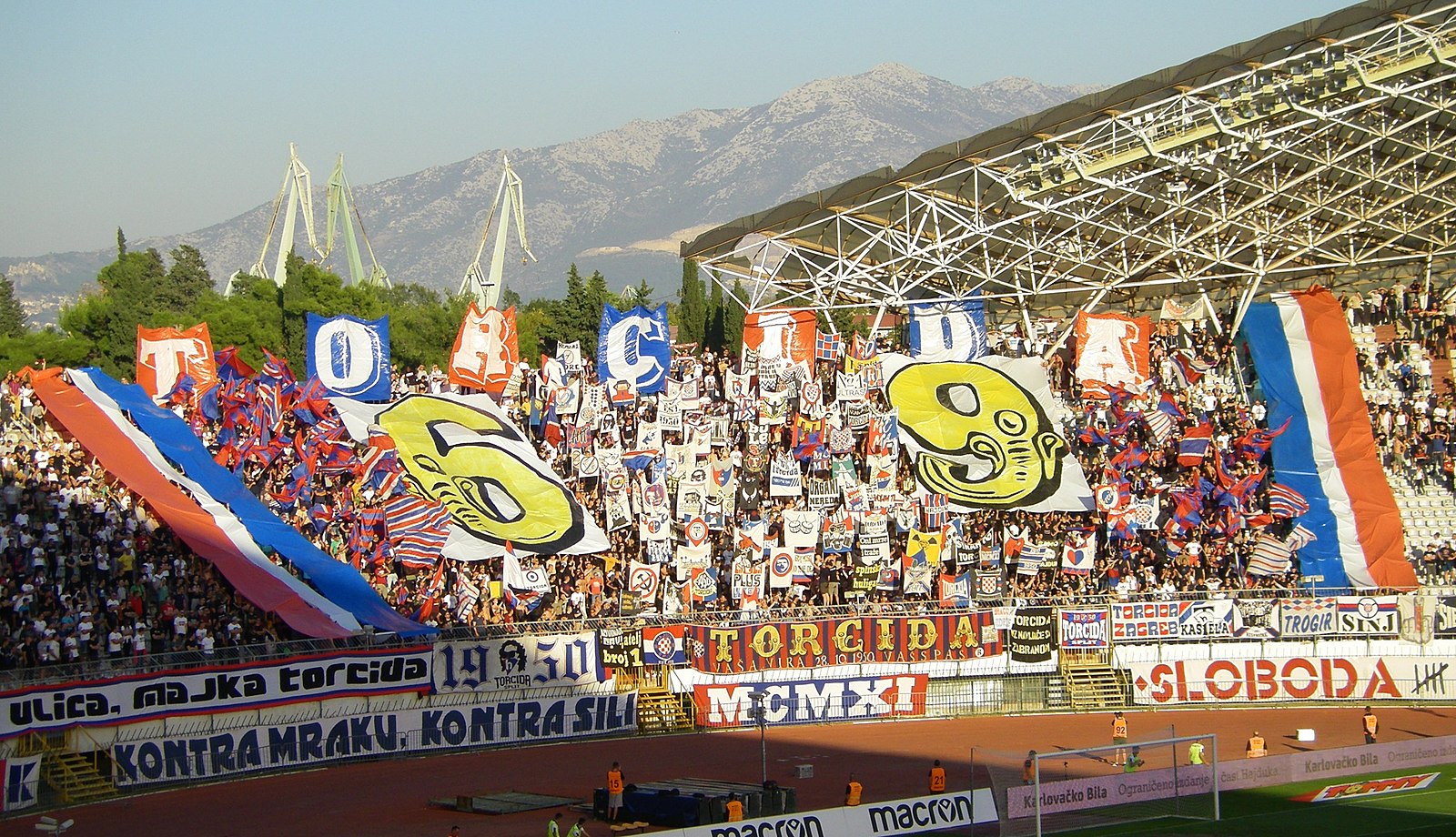 Torcida was founded on 28 October 1950 by a group of students who were studying in Zagreb.

The group decided before a match against Red Star Belgrade that they wanted to stage an unprecedented spectacle in order to help their club, and took the name Torcida from the Brazilian Portuguese word for “supporters”, after fans at the 1950 World Cup at the time in Brazil had impressed them so much.

The story of Hajduk is unthinkable without Torcida and shows the importance of the football club for the city.