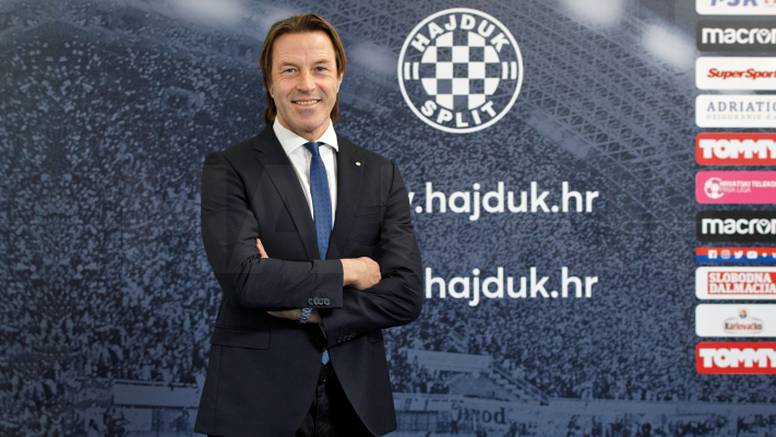 Tramezzani has signed a contract until the summer of 2022, and will bring two assistants to Poljud stadium, Attila Malfatti and Valeri Zuddas-

Born in Castelnovo ne’Monti, Hajduk is the fifth club he is going to coach after Lugano, Apoel Limasol, Livorno and Sion. He started his coaching career with the Albanian national team, as Gianni de Biasi’s assistant.

As a player, Tramezzani started his career at Italian team Prato, and also played for Cosenza, Lucchese, Inter Milan, Venezia, Cesena and Piacenza before transferring to Tottenham Hotspur in the summer of 1998.

Although scoring on his debut in a friendly against Peterborough United, his time at Spurs was short-lived. He was transferred to Pistoese in Italy. He later returned to Piacenza, and finished his career at Atalanta.

Hajduk are currently 5th in the HNL.