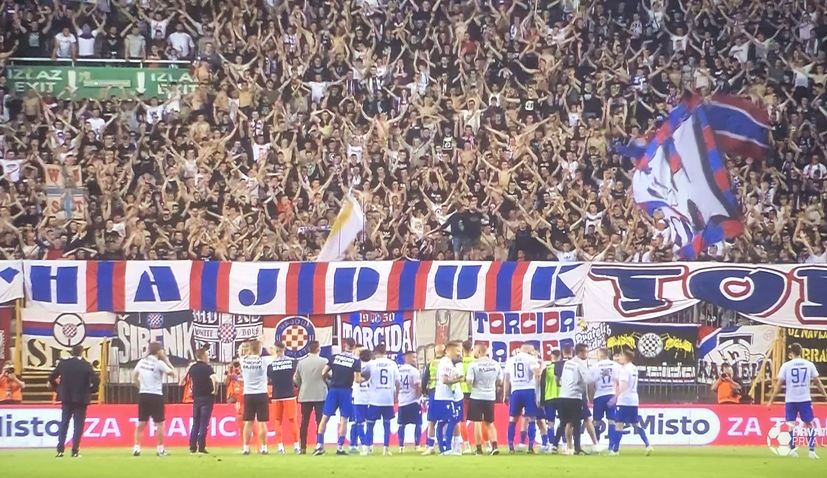 The away side took the lead through Miguel Maga in the 61st minute, but Hajduk quickly got back on level terms just 6 minutes later via Emir Sahiti.

Dario Melnjak and Filip Krovinović then made sure Hajduk go into the second leg with a good advantage.

Poljud stadium was sold out for the match and again provided a spectacular atmosphere. The 32,000 attendance was a record for the the whole round of round first UEFA Europa Conference League qualifiers.

Next best was the MaccabI Tel-Aviv – Aris Thessaloniki clash where 21,204 fans turned out.

Hajduk – Vitoria attracted by far the highest attendance in the whole of ECL-Q3 round first legs.

Check out the choreography from Hajduk’s Torcida here.