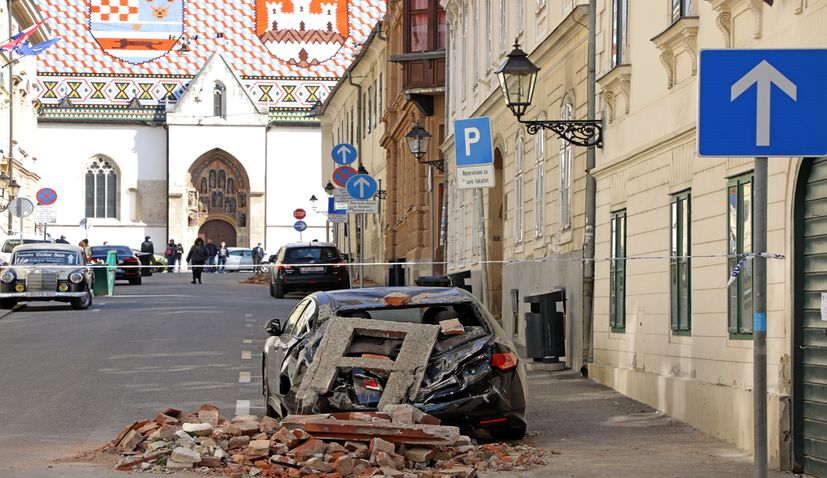 ZAGREB, March 25 (Hina) – The Seismological Service registered two more earthquakes in the Zagreb area on Tuesday evening, with the epicentres at Markusevec, just north of the capital.

The intensity at the epicentre of the first tremor was of IV degree on the Mercalli scale, while the second one reached an intensity of II-III degree.

The Zagreb area was hit by a 5.5 magnitude earthquake at 6.24 am on Sunday, leaving considerable property damage and fatally injuring a 15-year-old girl.

It has been followed by a string of 88 lower magnitude tremors until midnight on Tuesday, ranging from 5.1 to below 2.0 degrees on the Richter scale.

Below is a graph produced by the Faculty of Natural Sciences and Mathematics and published by the Seismological Service on Twitter showing the earthquake and aftershocks up until midnight last night. 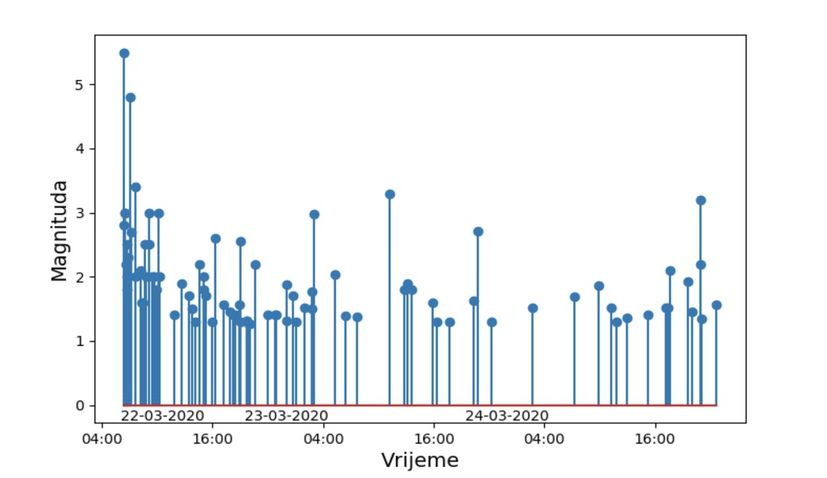 Timeline of all the earthquakes since Sunday and the magnitudes (Image: Faculty of Natural Sciences and Mathematics) 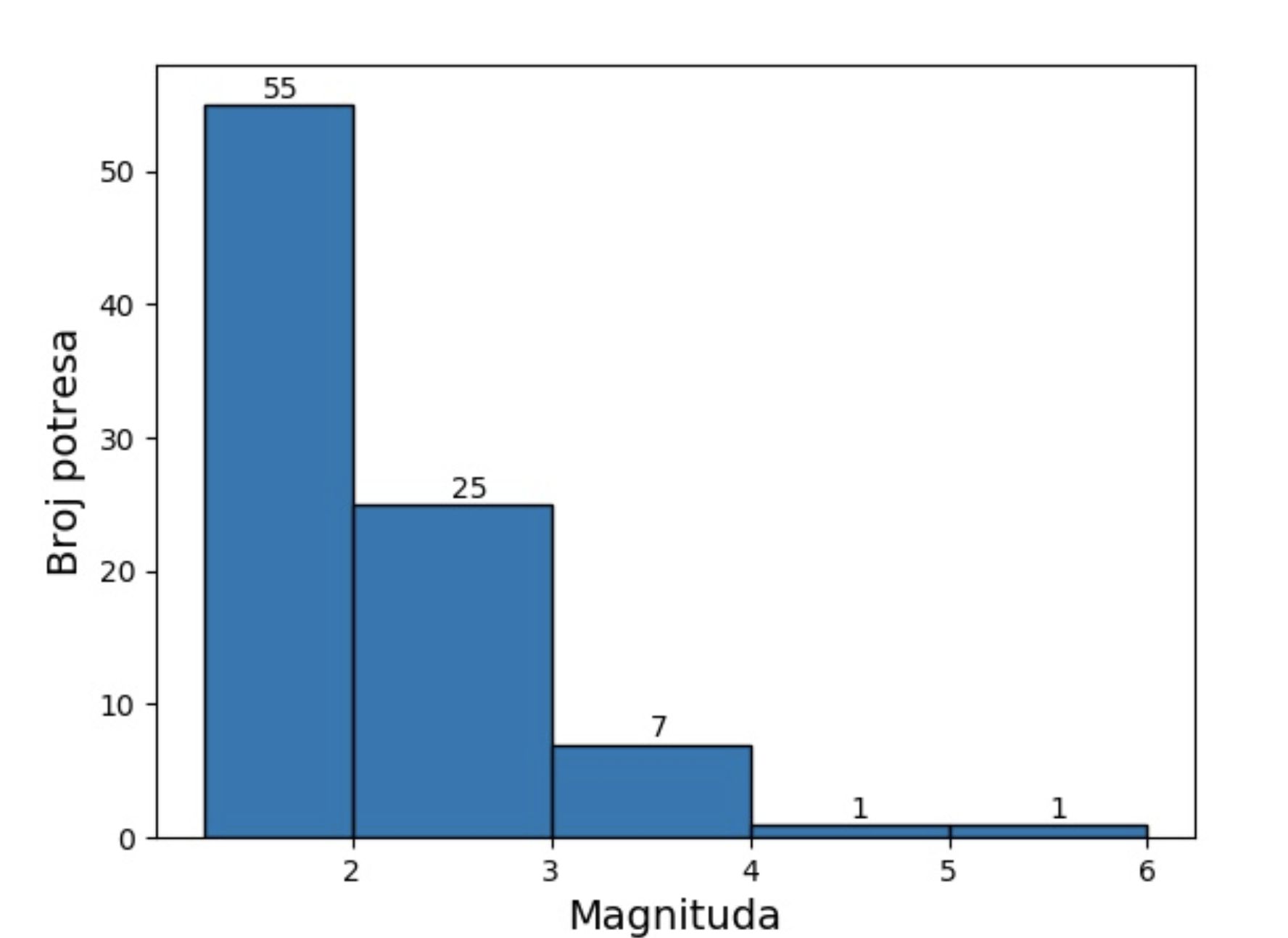 The number of earthquakes and magnitudes (Image: Faculty of Natural Sciences and Mathematics)