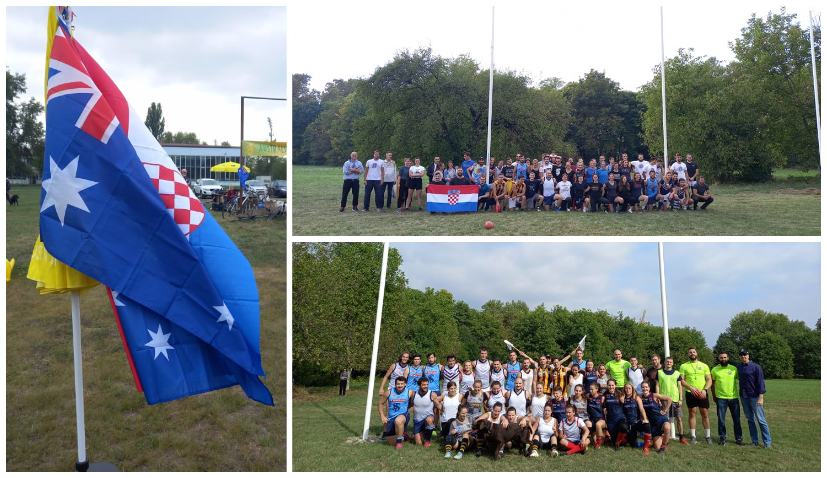 ZAGREB, 6 October 2021 – This past Saturday, the 2nd of October 2021, was a historic weekend for the sport of Australian rules football in Croatia. The first ever Australian rules football pitch opened in the nations capital, Zagreb, in its full glory and oval shape of the ground. It was the cumulative result of a long 15 years of dreaming, lobbying, sacrifices and hard work from the pioneers of the game in this country. A once unimaginable pipe-dream, coming to fruition in the year of 2021.

The game had humble beginnings in this country, a few expats from Australia of mostly Croatian heritage and a few passionate local Croatian enthusiasts were the first to play this what was until then an exotic and unheard of sport some 15 years ago. Playing on rough soccer and rugby pitches which would be available, using plastic plumbing pipes as goalposts. Little could they have imagined that one day a purpose built oval ground would be opened with an overwhelming majority of local players on the field kicking the oval ball around in a competitive setting.

The day was much awaited from those actors deeply involved behind the scenes in the planning and execution of this much awaited dream, as well as the passionate players who have yearned to play on an authentic field, dreaming of this moment whilst watching the AFL broadcasts on TV. 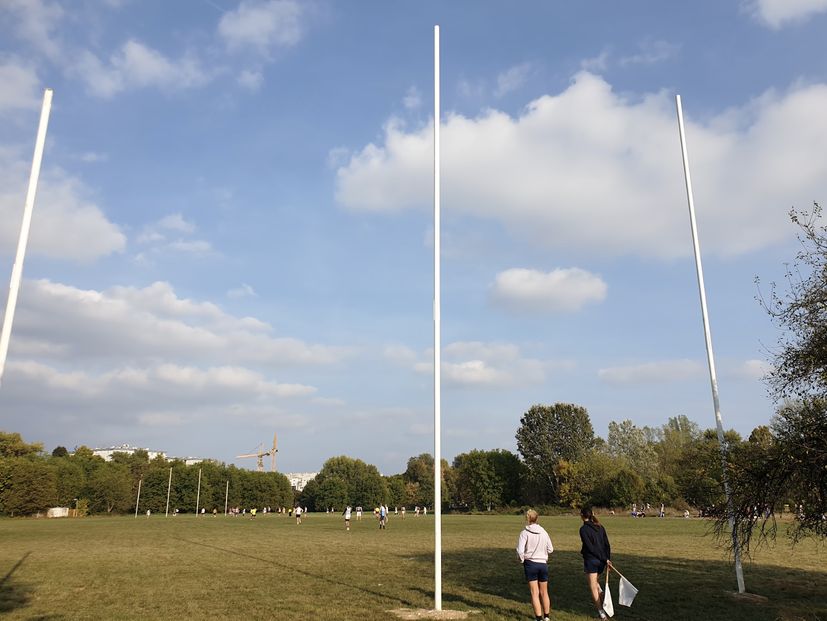 The day had arrived and the scene of the opening would be on the grounds of the University of Zagreb’s Kinesiology (Sports science) faculty. Adjacent to the well known Mladost sports centre from the lakeside recreational suburb of Jarun (Zagreb), the breeding ground of olympic champions from athletics to waterpolo. 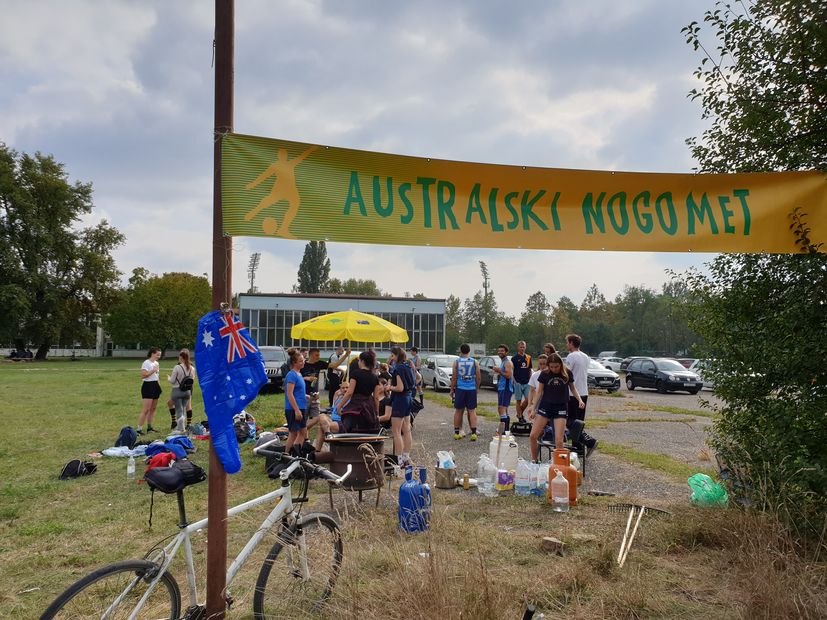 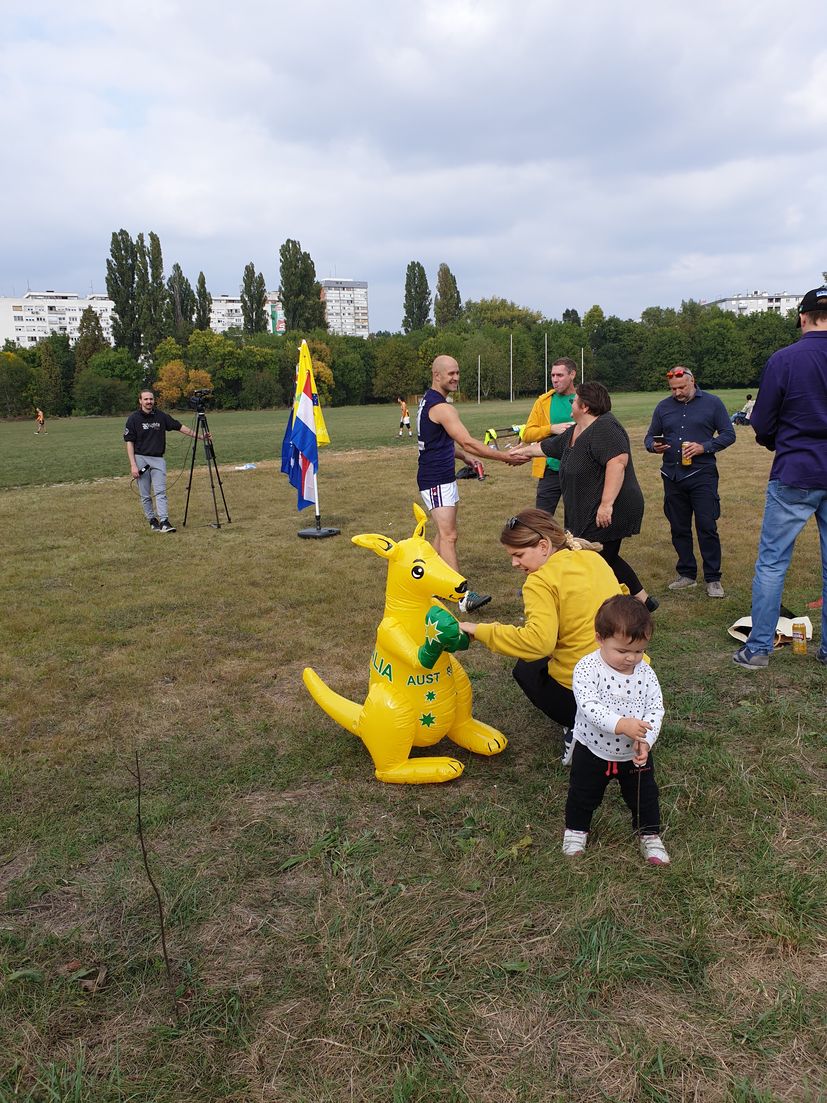 The patch of ground envisaged to be the home of Australian rules football in Croatia, during its work-in-progress stage was collectively known as the “Grunt”, which in local dialect, literally translates to – patch of land. After many years of lobbying from key actors within the game in the country, the go-ahead came from the Kinesiology faculty of the University of Zagreb in June 2019, signed and approved.

Followed by 2 years of hard physical work from players and officials of the game, self-financing, crowdfunding and curating of the ground. Delayed by a global pandemic and finally the much awaited moment of the grand opening in October 2021. 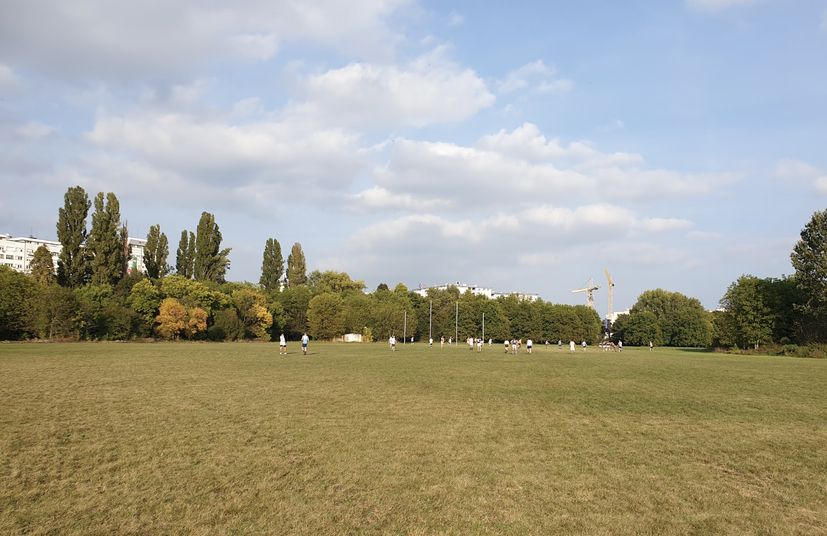 Arriving at the ground, it was a surreal feeling. Looking upon the oval shaped pitch, grass freshly cut and four metal goalposts painted in white on each side. Feeling as though having been transported to the local parks where many of the attendees from Australia grew up. In Croatia, on the other side of the earth. In addition to the pristine conditions for the football matches to take place, the ground was fittingly decorated by the Australian embassy with the Australian colours of green and gold, the flags of Croatia and Australia present and the iconic sporting mascot – the boxing kangaroo present. 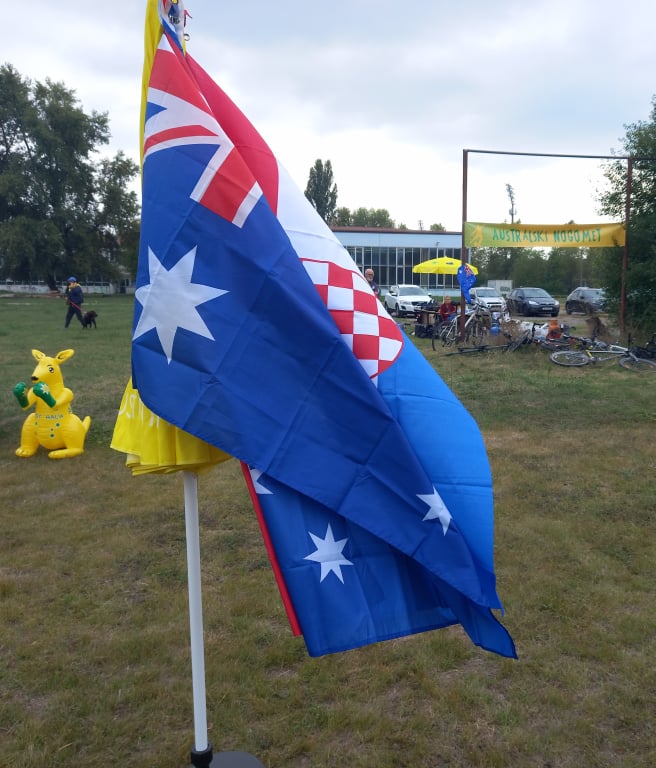 A warm, nostalgic feeling, especially with the possibility of visiting the country we grew up in having been taken away from us due to the circumstances we currently live in. This was to be a very special day.

The day kicked off (tipped off) with a select team from the two women’s teams, consisting of mostly the Zagreb Panthers and the Sesvete Redlegs opening the day’s proceedings as one of the inaugural first games to be played on the pitch. Coloured jerseys versus the white jerseys. Providing a hard fought spectacle for all present at the ground.

As the game progressed, the clouds began to disperse and the sun began to seep through. So too did the number of attendees grow. The first of the two inaugural games ending in a result of 57-17 for the mixed team in white. Providing the perfect conditions for the grand opening of the pitch.

The time had finally arrived for the grand opening and cutting of the ribbon. As the players, officials and spectators gathered around the awe-inspiring four white goalposts at the western end of the oval pitch. Before healthy crowd of over 100, buzzing of excitement began the speeches. Beginning with the president of the Croatian Australian rules football association (SANH) president, Dinko Irsag warmly thanking the attendees for their attendance and pointed out that this was the result of many years of dreaming and hard work – finally coming to a realisation.

In addition to the Dean of the Kinesiology faculty of the University of Zagreb, Tomislav Krističević – providing a warm and heartfelt speech to the crowd,  wittily thanking the Aussie rules players and officials present for maintaining the large patch of land in future and taking the worry off the university – receiving the empathy and laughs of the crowd with his humble downplaying of the essential role played in the approval process.

Followed by the newly arrived Chargé d’affaires from the Australian embassy, Phil Shakespear, with glowing words pointing out that the football oval before us is as “authentic” as one can get with a real Australian rules football ground and “part and parcel” of life in Australia and a feature in any suburban neighbourhood in Australia – a feeling that was very much felt amongst the Australian expats present. A warm exchange of words between the Australian embassy, the University of Zagreb and the Aussie rules federation. Summarising perfectly what we had all thought.

The much awaited cutting of the the ribbon had finally arrived, lined with mini-Australian flags between the two centre goalposts was set in place. The ribbon was cut and the ground was officially opened by the respective representatives, followed by a ceremonial kick of the oval Australian rules football through the goalposts by the University dean and the Chargé d’affaires of the Australian embassy – met by a large round of applause of the crowd gathered. The ceremonial part of the day was completed, the main event and centrepiece match could take place. 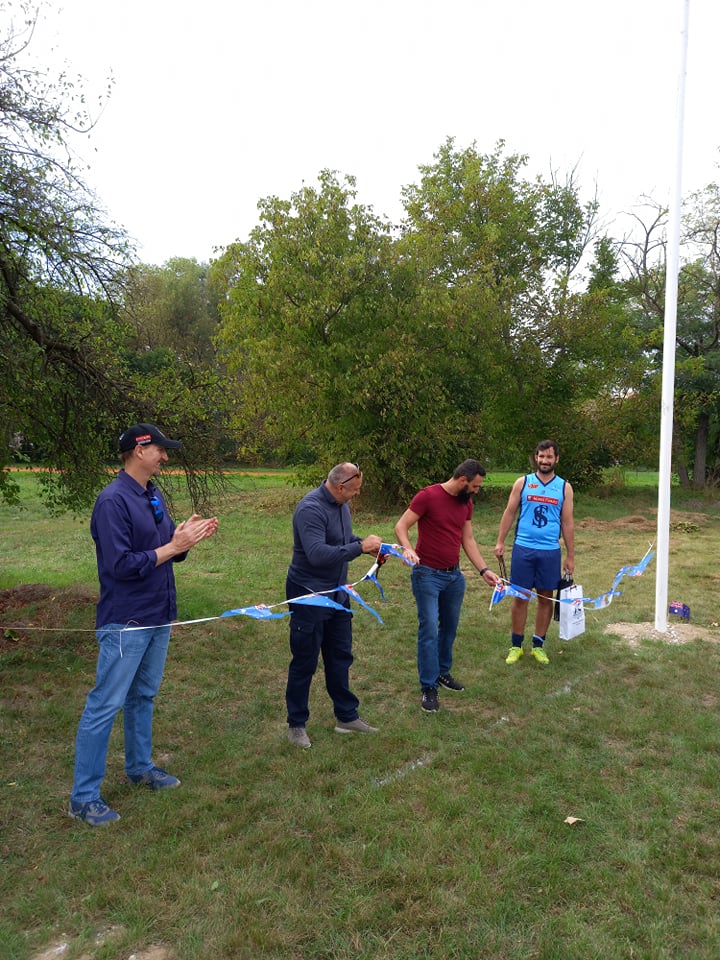 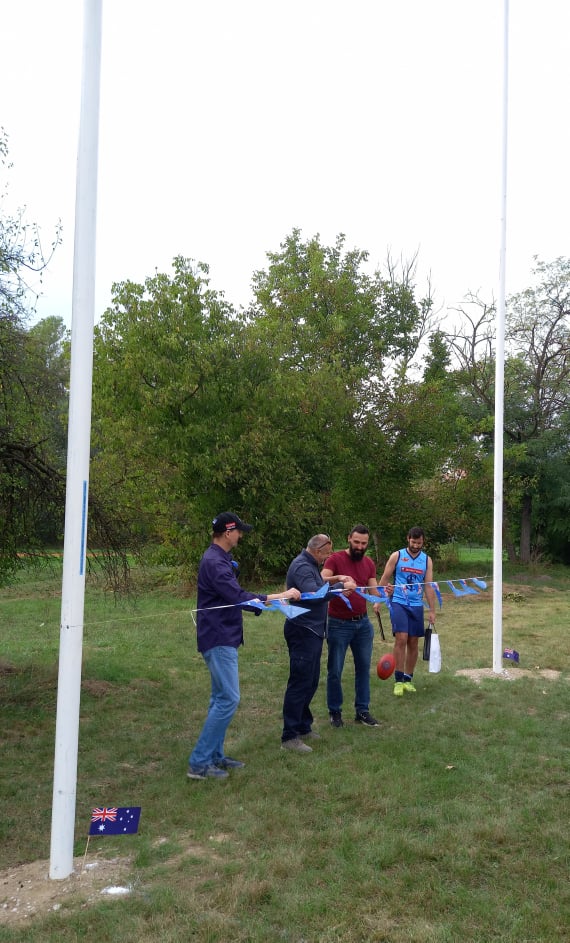 A mixed select team from all of the Zagreb based club teams formed into another exhibition game between teams in “colour” jerseys v the inside-out “white” jerseys. With the representatives from the female clubs taking the holds of umpiring the match of 4 quarters of 15 minutes each. The opening bounce had arrived and the excitement of the 100+ strong crowd could be felt at every corner of the ground. The spectators present, consisting of expats from Australia not believing that this dream had come true in their new nation of residence and the old, battle-hardened originals of the game in this country. 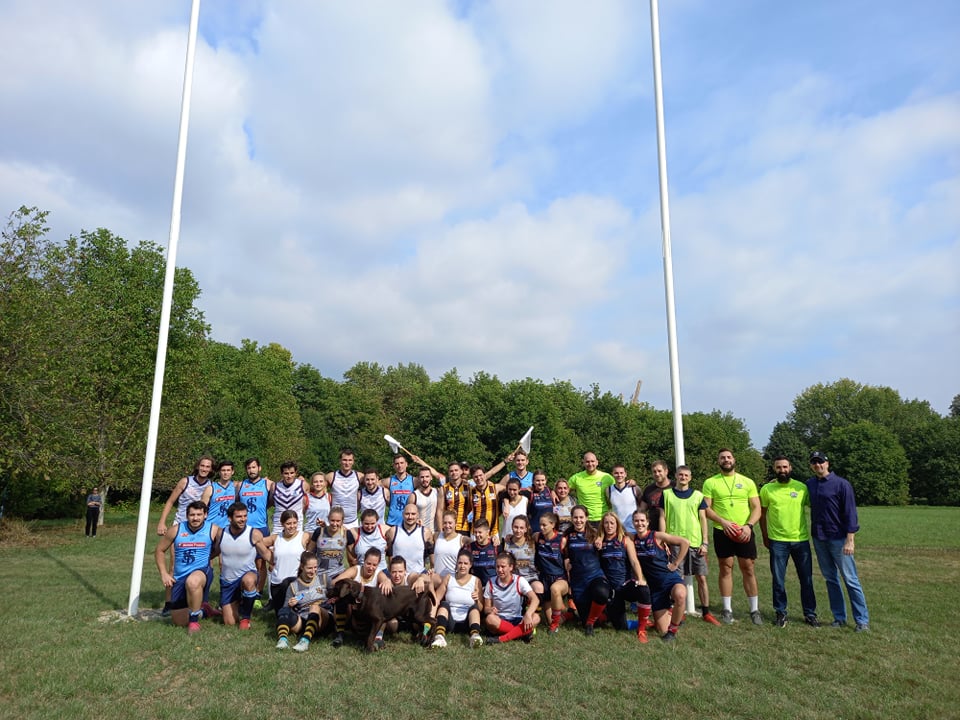 Donning the various t-shirts of the local Aussie rules clubs, both past and present. It was a warm embrace of old, familiar faces – catching up for the first time in many years. Having shared many precious moments, as the game developed and grew in popularity. Time did not wary them, as these pioneers of the sport had left their significant imprint on the history of the game. Now with families and children present, proudly watching the fruits of their labour come together – after the very humble beginnings as mentioned earlier.

Most notable of whom were the founding fathers of AFL in Croatia, Australian expats David Smith (Director of the Ruđer Bošković research institute), Ivan Srpek (Bornstein wine bar owner) and Ante Lončar (Infinity Hair studios). Whilst Kolja Koračak, the local Croatian founder of the sport in the country, unable to attend but present in spirit and who’s legacy could be felt in the events unfolding before us. 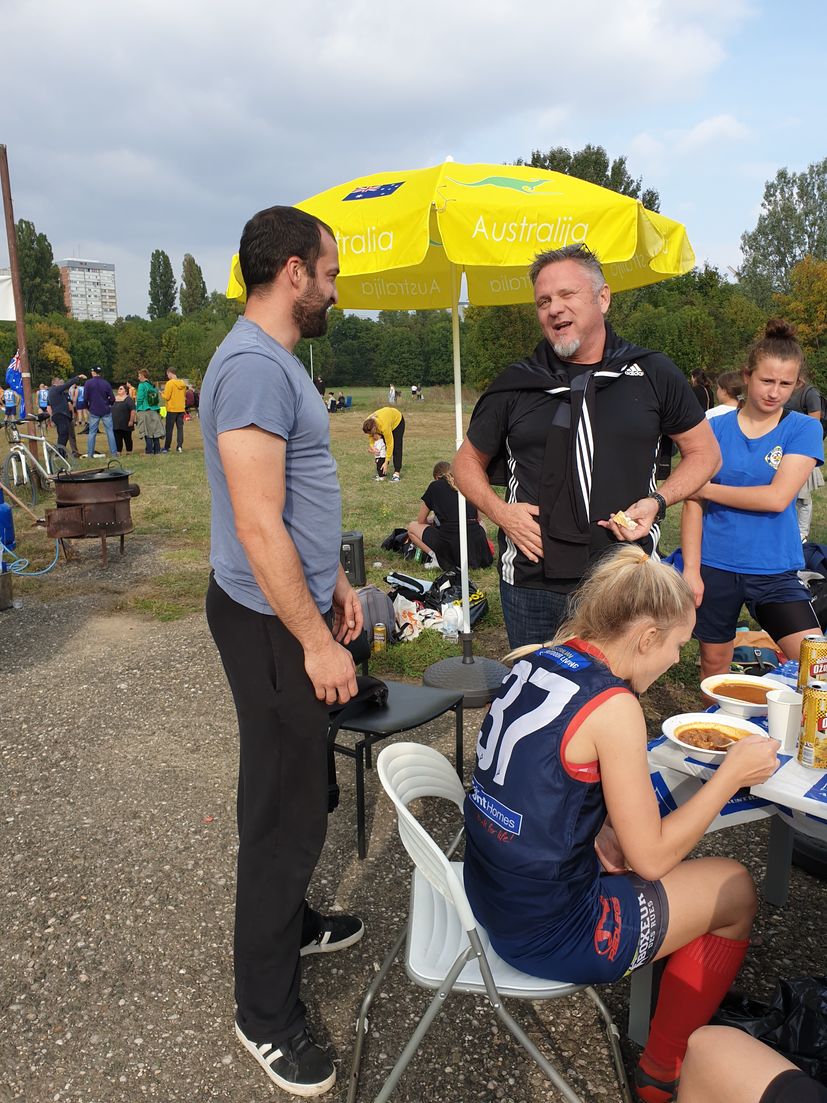 Spicy Croatian stew being enjoyed by fans and players, past and present 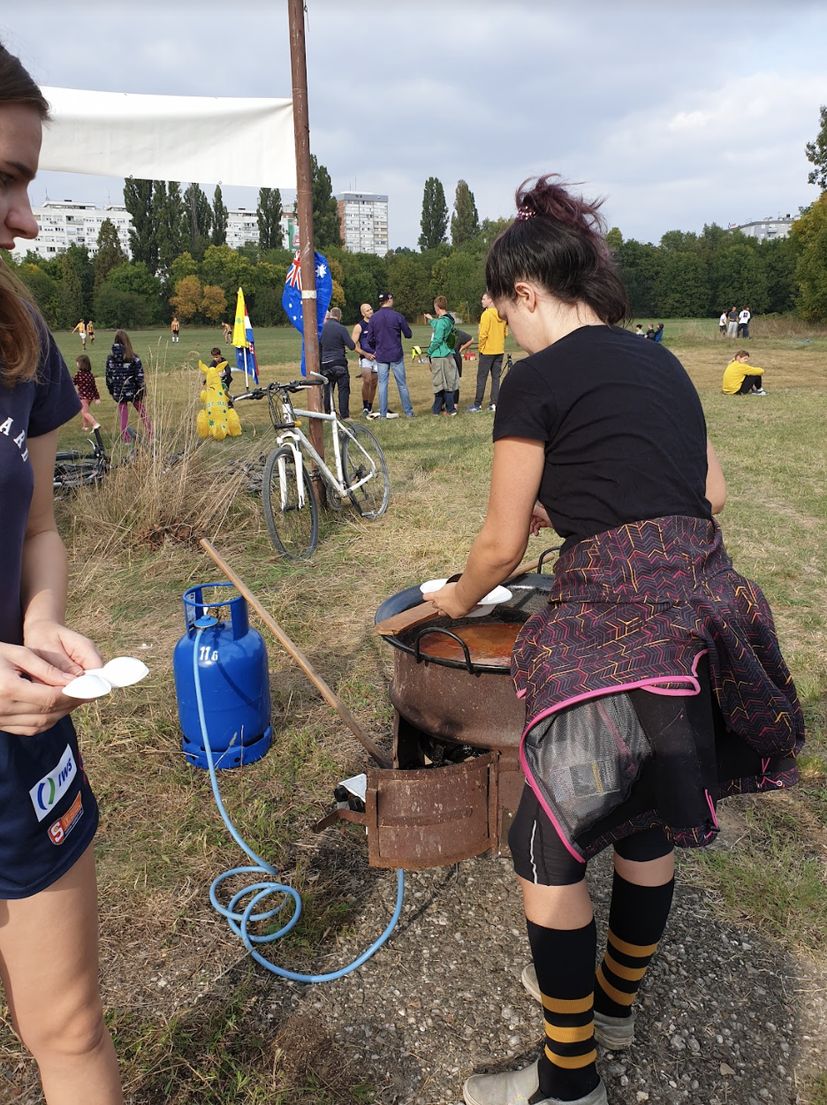 Comments could be heard of how far the game had come, to now having two full teams of 18 a side playing before us – consisting of exclusively local Croatian players. Let alone having enjoyed the success of the national team – the “Croatian Knights”, winning multiple European cups and winning their historic first AFL World Cup Div II championship in 2017 in Melbourne – at their first ever attempt. A potential future breeding ground of AFL talent for the future. Not unwarranted either, given Croatia’s success in nearly every Olympic sport it competes in, not to mention that of organised team sport.

The final result of the mostly one-sided, but hardly fought mixed selection game ended up in a 51-8 win for the “colours”. The formalities of the day were concluded, as the sun gleamed across the newly opened pitch, the players walked off arm-in-arm off the pitch after this historic day of events. Which allowed both the players and spectators present to finally let their hair down and enjoy the moment with a cold local Croatian beer and a delicious Croatian spicy stew. As the warm embraces continued between all present and captivating conversation flowed, soaking up the historic occasion in. 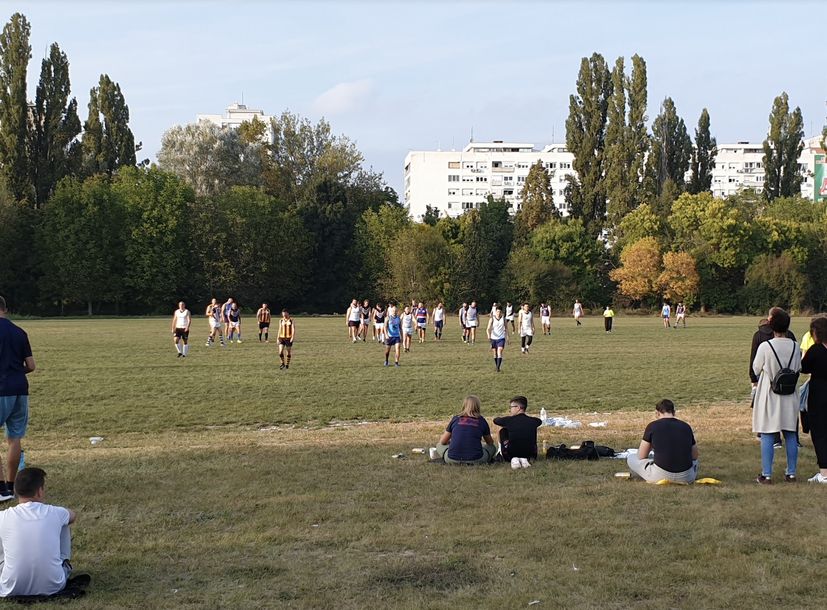 The first Australian rules football pitch had finally been opened. The pioneers, players, volunteers and Australian-Croatian expats shared a mutual feeling of pride. History was made and the future of Aussie rules football in Croatia, never looked brighter. 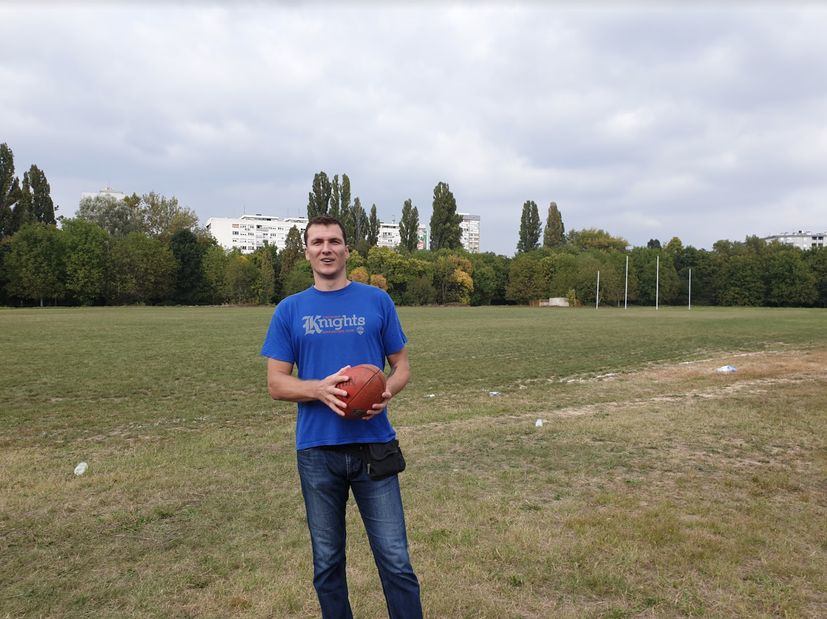 Ivan Ivoš – one of the early adapters and enthusiasts. A veteran player for club and country and background man in making the ground a reality