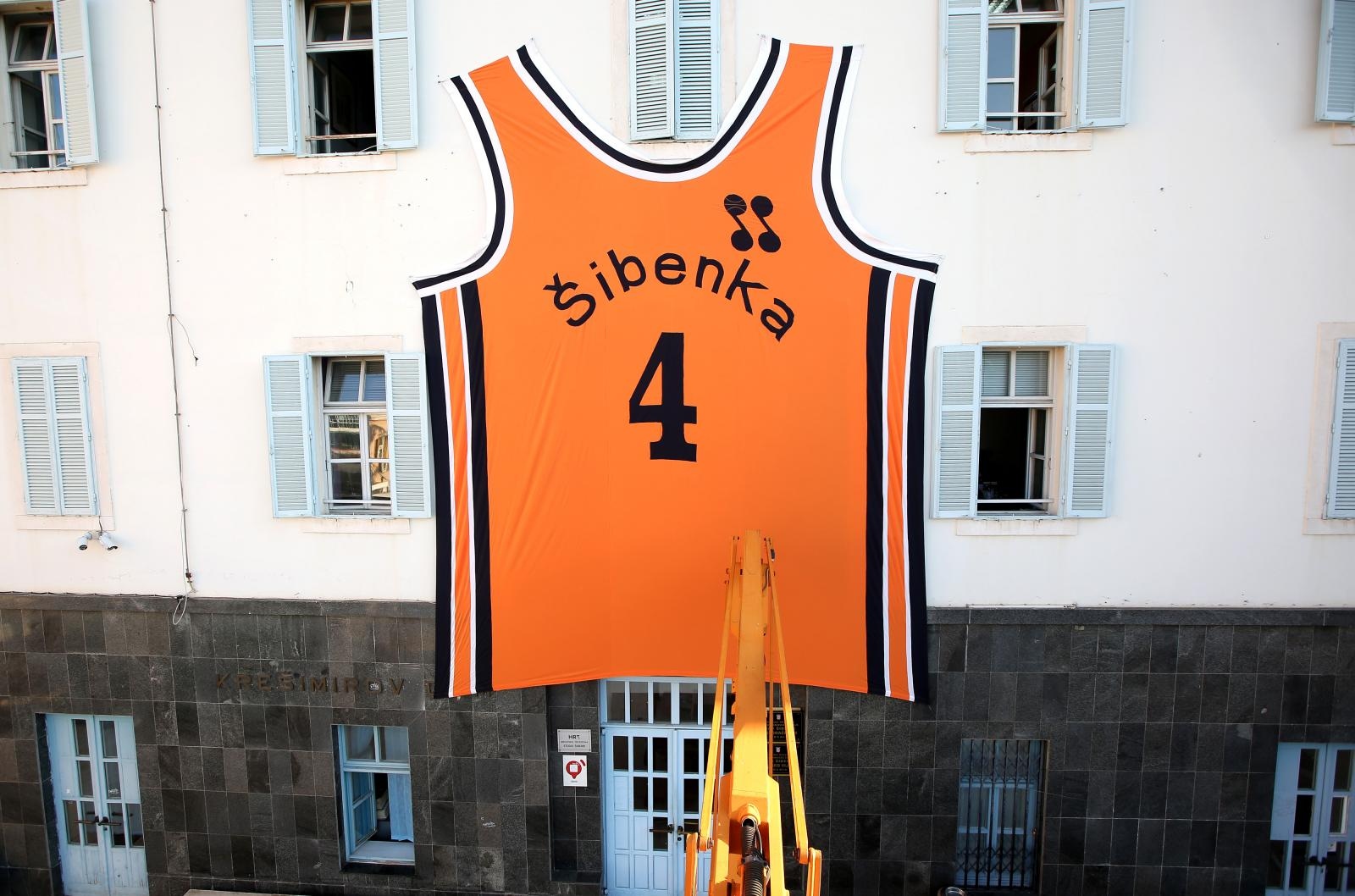 ŠIBENIK, 22 October 2021 – Croatian basketball great Dražen Petrović, widely recognised as the greatest player to ever come out of Europe, would have turned 57 today.

Šibenik has once again paid tribute to the late great on his birthday today. A huge 5 x 7 metre replica of Dražen’s No.4 singlet from his former club KK Šibenika was put up in the centre of Šibenik, to mark his birthday.

The singlet was sown by Šibenik designer Karmen Herceg.

On Friday and Saturday, a series of events will take place to mark the late great’s birthday. Players from the club KK Šibenika will lay wreaths in his honour on Friday and 57 balloons will be let off into the air.

Also on Saturday, for the sixth time, the ‘Šibenik Ten’ and ‘Dražen’s Four’ Croatian Road Running Championship will be run. The start of the ten-kilometre race of the ‘Šibenik Ten’ is scheduled for 11 am, while the ‘Dražen’s Four’ will run from 12.30 pm. The start of both races will take place on the Šibenik waterfront. Starting at 9.30 am, also on the Šibenik waterfront, a children’s race will be held.