Croatian architect studio ‘Dva Arhitekta’, founded by Tomislav Ćurković and Zoran Zidarić, have won an award in Italy for their futurist winery project…

Their Wine Chateau future project, designed for a prominent Croatian winemaker to be built near Požega in the heart of Slavonia, has won the award in the Production – Manufacturing facilities and complexes category at a competition held in Venice by The Plan magazine. 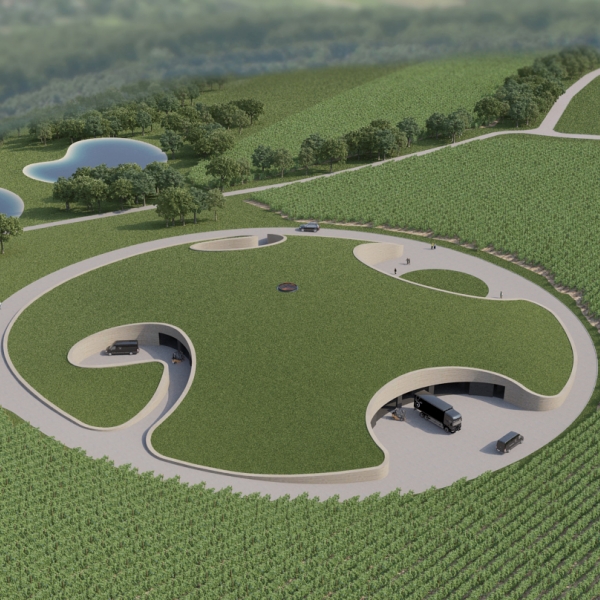 The site is situated in the beautiful Vallis aurea, or The Golden valley, where lush slopes of town of Požega valley have been shaped by massive glaciers moving south away from surrounding hills and Orljava river.

“Upon the receiving the winery job commission, the main question was how to build in an perfectly intact environment, knowing the nature is the greatest authority? The answer, for us, was by treating it with respect. While designing, spontaneously, we rejected the idea of a house dominating over the environment,” the winning architects explained.

“In time, we managed to convince the client and other participants of the building process too. Then we started to consider mimicry design. We have realized we do not want to build a visible house, but to leave the nature as it is and use the existing hill to house the winery, carving the hill only where necessary.”

The winery completion date is set for 2020.