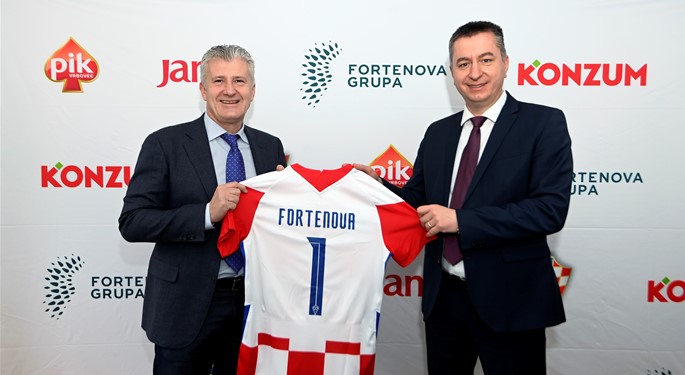 Zagreb-based Fortenova Group has become the general sponsor of the Croatian Football Federation.

Fortenova Group becomes the general sponsor of the Croatian Football Federation (HNS), while three companies from its portfolio – Konzum, Jamnica and PIK Vrbovec – will be the official sponsors of the HNS, the federation said today.

The four-year sponsorship agreement was signed by Davor Šuker, president of HNS and Fabris Peruško, CEO of Fortenova Group, and Zoran Mitreski, Dario Šalić and Slaven Ružić, the heads of Konzum, Jamnica and PIK Vrbovec.

According to the contract, Jana becomes the official water of the football team and HNS. 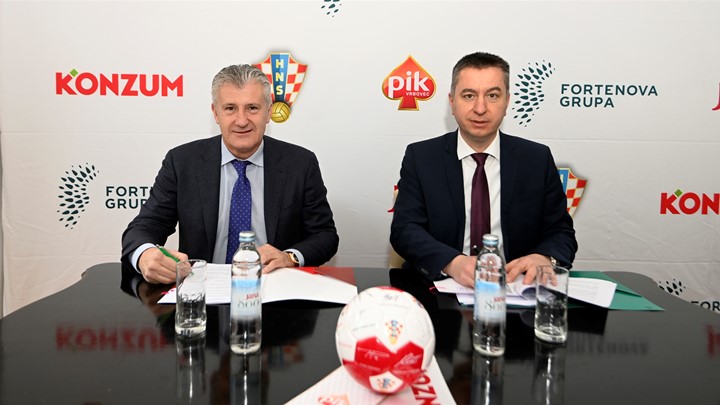 “We are proud to be the general sponsor of the Croatian Football Federation in the coming years. The national football team is one of the symbols of Croatia, and at the same time one of the world’s best ranked national teams, with many sporting successes behind it. Fortenova Group is one of the leading companies in Southeast Europe, and as strong and recognisable Croatian brands, our operating companies Konzum, Jamnica and PIK become official sponsors of Vatreni, another strong Croatian brand and an important promoter of Croatia in the world,” Fabris Peruško said, adding.

“I am especially pleased that this sponsorship includes a socially responsible project for the construction of ten football fields in different parts of Croatia. In this way, together with the HNS, we will encourage sports among the youngest and thus make an important contribution to the local communities in which we operate. I wish HNS and Vatreni a lot of new sports successes and medals, and I am especially looking forward to cheering at the matches of the European Football Championship, as well as at the 2022 World Cup.” 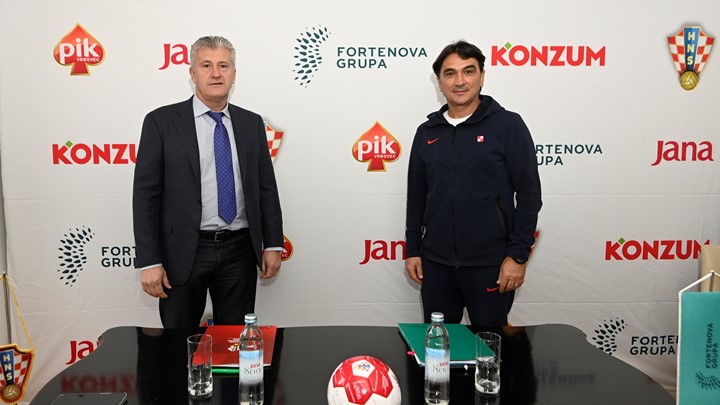 HNS president Davor Šuker said: ”I am proud to have signed a contract with one of the most important companies in this part of Europe, which confirms our commitment to finding the best partners for Croatian football. Just as football is the flagship of Croatian sport, Fortenova Group and its companies are key to the Croatian economy.”