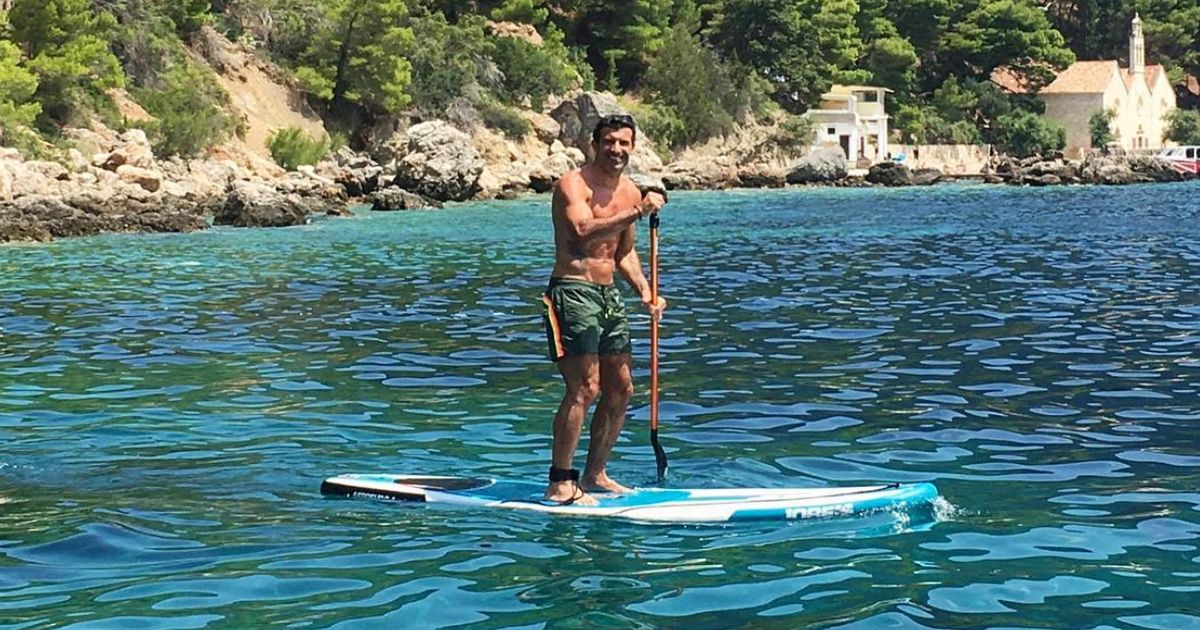 Figo (45), has been visiting the islands of Korcula, Vis and Hvar and sharing photos from his holiday with his 2.5 million fans on Instagram.

After doing a bit of paddle boarding in Komiza on the island of Vis, Figo headed to the island of Scedro, 2.7 kilometres off the south coast of the island of Hvar, where he met up with current UEFA President Aleksander Ceferin.

It is not Figo’s first time in Croatia – back in 2013 he was a guest speaker at the Croatia Sports Conference in Zagreb and in 2017 he was holidaying on the Dalmatian coast in the Zadar region.

The midfielder, who retired in 2009, won 127 caps for the Portugal national team, a record at the time, and played his club football for Sporting CP, Barcelona, Real Madrid and Inter Milan.

Figo is regarded as one of the greatest players of his generation. His 106 assists are the second-most in La Liga history, and he won the 2000 Ballon d’Or, 2001 FIFA World Player of the Year, and in 2004 Pelé named him in the FIFA 100 list of the world’s greatest living players.