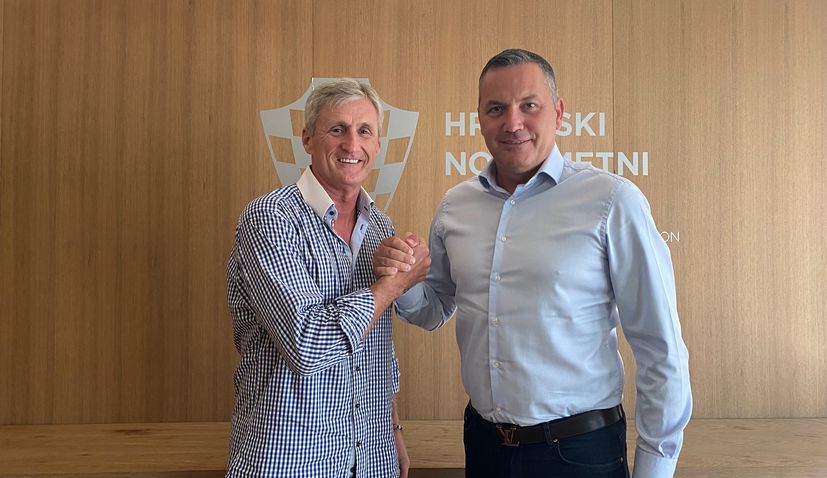 Former international Robert Jarni has been appointed the new coach of the Croatian U-17 national team, which he will lead this autumn in the qualifications for the European Championship in 2023.

At the headquarters of the Croatian Football Federation (HNS) in Zagreb, HNS president Marijan Kustić and Robert Jarni agreed on cooperation and discussed the challenges that await the U-17 national team in the coming period.

In his playing career, Jarni played for Hajduk Split, Bari, Torino, Juventus, Betis, Real Madrid, Las Palmas and Panathinaikos, and he played 81 games for the Croatian national team and scored one goal.

That goal is also unforgettable for all Croatian fans and came against Germany in Croatia’s famous victory in the quarter-finals of the 1998 World Cup. With that generation, Jarni won a bronze medal and he also played for Croatia at the 1996 Euro and the 2002 World Cup.

After a brilliant playing career, Jarni worked as a coach at Hajduk Split, Istria 1961, Sarajevo, Pécs, Puskaš Academy and NorthEast United, and from 2017 to 2019 he also managed the Croatian U-19 national team.

“Robert has an impressive playing career in which he played for major world clubs, and at the same time left an indelible mark among the Vatreni. He knows very well what the Croatian national team represents and I believe that his experience will be of great importance for our young footballers. We wish him every success in work, and like every selector, he will have the maximum support of our administration so that the national team and his staff have quality conditions for work,” said HNS president Marijan Kustić.

“I am glad to be part of the HNS system again, and I thank President Kustić and the Executive Board of the Federation for their trust. HNS is internationally recognised for its quality work with younger people, so I feel not only an honour but also a great responsibility to contribute to the further development of young people player. I am looking forward to this challenge and I believe in success – both in terms of results and in the context of player development,” stated Jarni.

This autumn, the Croatia U-17 national team is waiting for the start of the qualification for the European Championship, which will be held in Hungary in 20