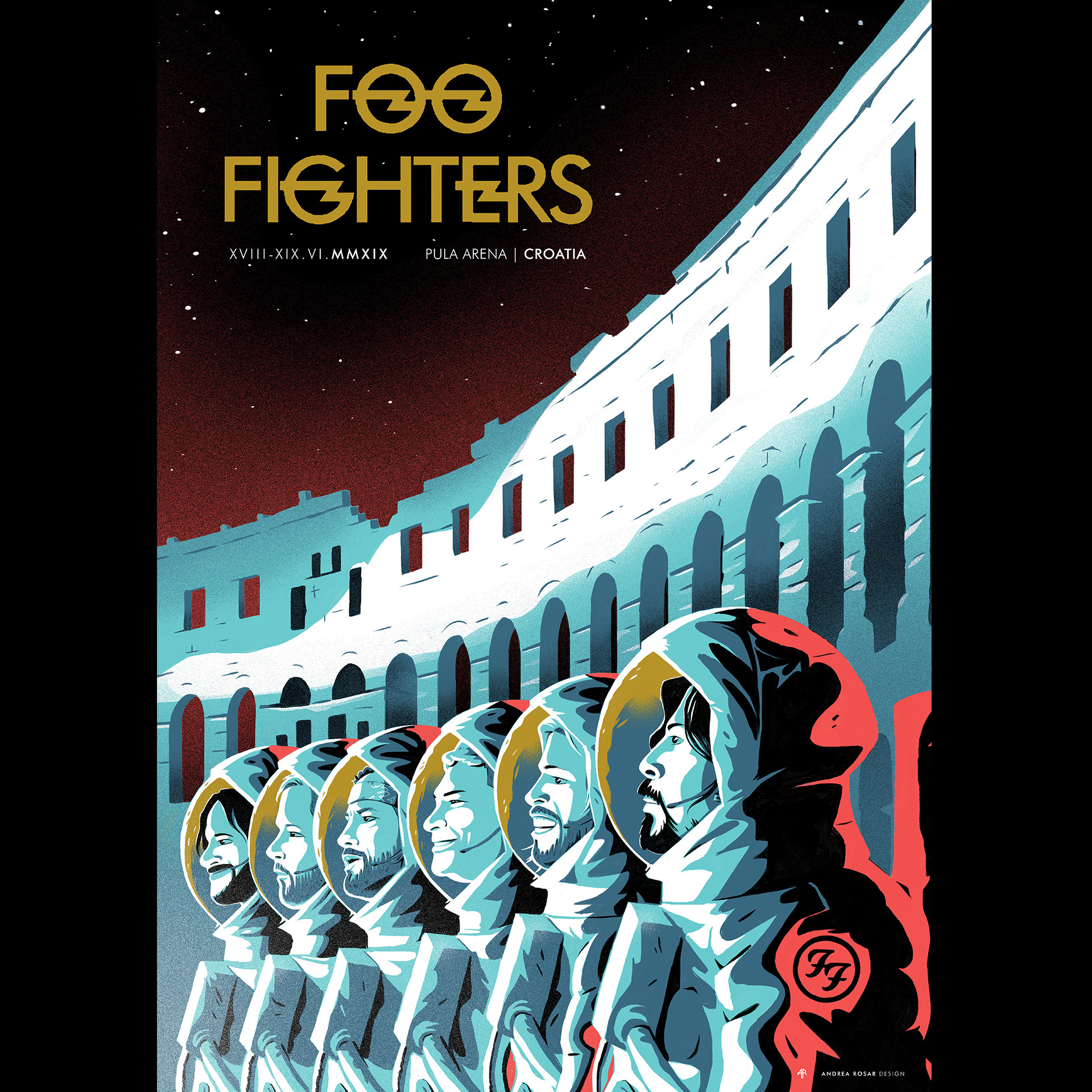 David Grohl and the band will perform for the first time in Croatia at the famous Pula Arena on 18 & 19 June as part of their upcoming tour. Both nights have been sold out.

Fans at the concerts will be able to take away memories from it in the form of special limited-edition posters were have been created specially for the band’s first gigs in Croatia.

The Foo Fighters, who own the rights of the posters and concert organisers have announced they will donate all proceeds of the poster sales to the families of workers at troubled Croatian shipyard Uljanik in Pula.

The shipyard has closed down and last month bankruptcy proceedings for the financially troubled shipbuilder in Pula were launched.

The Foo Fighters posters have been created by Istrian artists Aleksandar Živanov and Andrea Rosar, and were inspired by Pula symbols, Arena and Uljanik shipyard. They were personally approved by the band.

Only 300 posters have been printed for each of the three posters and they will be sold exclusively at the Foo Fighters merchandise stand which will be located below Arena, on Istarska Street. The posters are 100 kuna each.

The practice of creating special limited-edition posters has long been a part of concert culture, and in Croatia they have worked well for example at the Prophets Of Rage and Clutch concerts. However, this is the first time that more than one poster has been created and that the proceeds will go for humanitarian purposes, which was an idea that Foo Fighters immediately accepted.