Biševo is a small island located in Croatia’s Adriatic Sea. Situated five kilometers southwest of the Island of Vis, the island has a history dating back centuries.

The island’s population has been consistently dwindling. After World War II around 700 people lived on Biševo, that shrunk to around 65 in the 1970s.

Today only about 13 people live on the island and now with the help of the so-called full-motion video game, you can follow the daily lives of the remaining islanders in a unique interactive documentary series – iOtok. 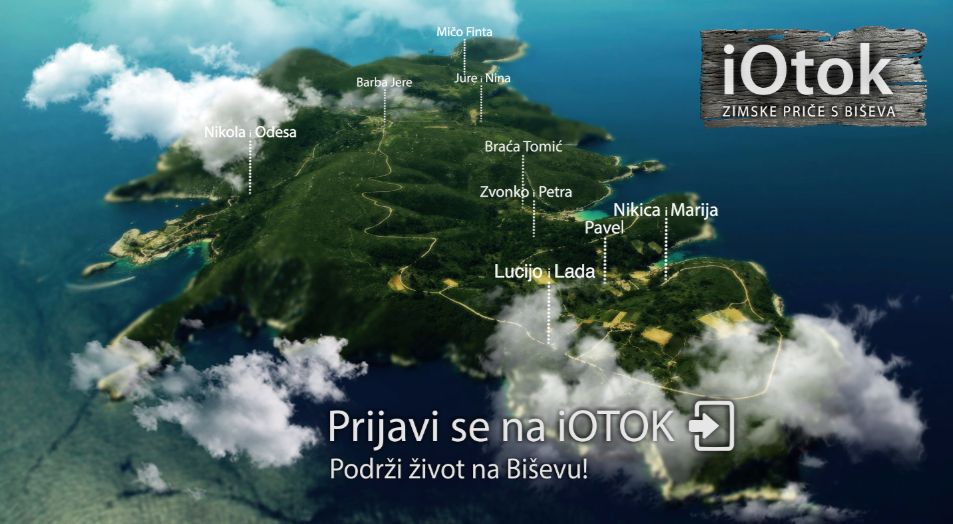 Apart from following the daily routines of the 13 locals and their efforts to set up a local committee, viewers will be able to enter the wonderful underwater world of Biševo and, using a mobile app, create a display of their own ideal island.

Slovenian, Italian and Croatian authors have joined forces through this project to support the last inhabitants of this beautiful island, all in an effort to protect the delicate island life from the rough tourism industry.

The beauty of the Blue Grotto has long been well-known. During the summer, this Adriatic pearl is visited by more than a hundred thousand tourists, the island on which this amazing beauty has settled – Biševo, has an abandoned feel during the winter.

Biševo famous for its Blue Cave

Stories about the remaining residents will be published each week on the iOtok website so you will be able to see how the life on a relatively isolated island looks like and virtually enter the homes of the vivid protagonists of this interesting project.

One such Biševo “tenant”, whom you will be able to follow, is the Slovenian writer Mate Dolenc who is returning to the island to write his latest novel.

The intention of the people behind this project is to attract the attention of the general public to contribute the protection of this precious island community.

Weekly documented stories from the winter time, the project team will record and edit on the island. On the website, viewers will have the access to the pictures, texts and audio recordings of Biševo and its last inhabitants.

The most imaginative creations will be awarded with a summer visit to Biševo where the mentioned authors will have the opportunity to meet all of the islands inhabitants.