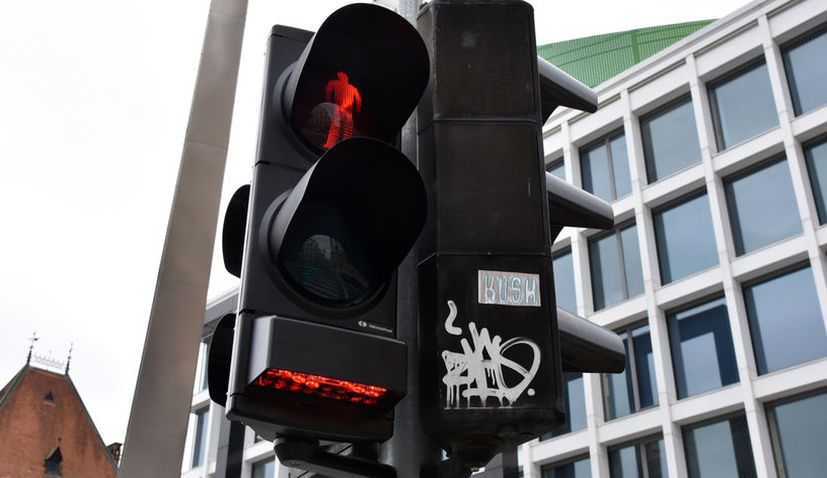 ZAGREB, 12 October 2019 – A new traffic light designed for pedestrians and cyclists using zebra crossings who are engrossed in the screens of their mobile phones has been installed in the Croatian capital Zagreb.

The traffic light, which sheds light onto the sidewalk where pedestrians are crossing, was installed for the first time in Croatia at the intersection of Frankopanska and Gjura Deželić near the Croatian National Theatre in Zagreb as part of the Day Without Mobile Phones Campaign. The aim of this pilot project is to warn pedestrians and cyclists of the dangers they face.

According to a survey, as many as 50 percent of pedestrians and 33 percent of cyclists use mobile phones while crossing roads, and 20 percent of them don’t even notice that the traffic light turns red because their eyes and thoughts were on the screens of their phones. 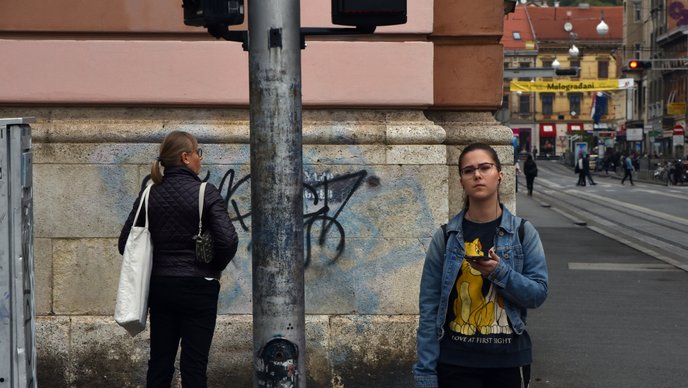 The traffic light has primarily a warning function. When a red light comes on at a pedestrian crossing, it projects the same towards the sidewalk, so a red light is projected on the screen of the mobile phone that pedestrians are looking at. The screens on the mobile phones turn red, forcing users to lift their heads and stop and wait for the green light. Thanks to the horizontal signalling projected by this type of traffic light, red light is projected on the pedestrian sidewalk so pedestrians can also see it with peripheral vision, regardless of the fact that they walk their heads lowered.

The new traffic light with under light (Photo: Day Without Mobile Phone Campaign)

How citizens of Zagreb will react to this will also be explored as part of the project, thanks to the Faculty of Transportation Sciences, whose Traffic Signing Institute is researching pedestrian behaviour in relation to mobile phone use when crossing intersections, and will determine whether and to what horizontal traffic light mode has an effect on pedestrians.

The mobile phone is considered to be the fourth highest causer of deaths on the road, and according to a survey conducted by the project, as many as 91 percent of drivers, 33 percent of cyclists and 50 percent of pedestrians use mobile phones in traffic.