The first smart pay phone in Croatia has been presented in the city of Zadar on the Dalmatian coast on Tuesday.

Apart from phone calls, the smart pay phone booths will offer locals and tourists a range of different services, including Wi-Fi access, local information, and the ability to buy phone credit and parking and bus tickets via credit and debit cards.

T-Hrvatski Telekom (Croatian Telecom), who operate the public smart pay phones, have bought the redundant public pay phones back to life, similar to what has been done in New York, London and Baku. 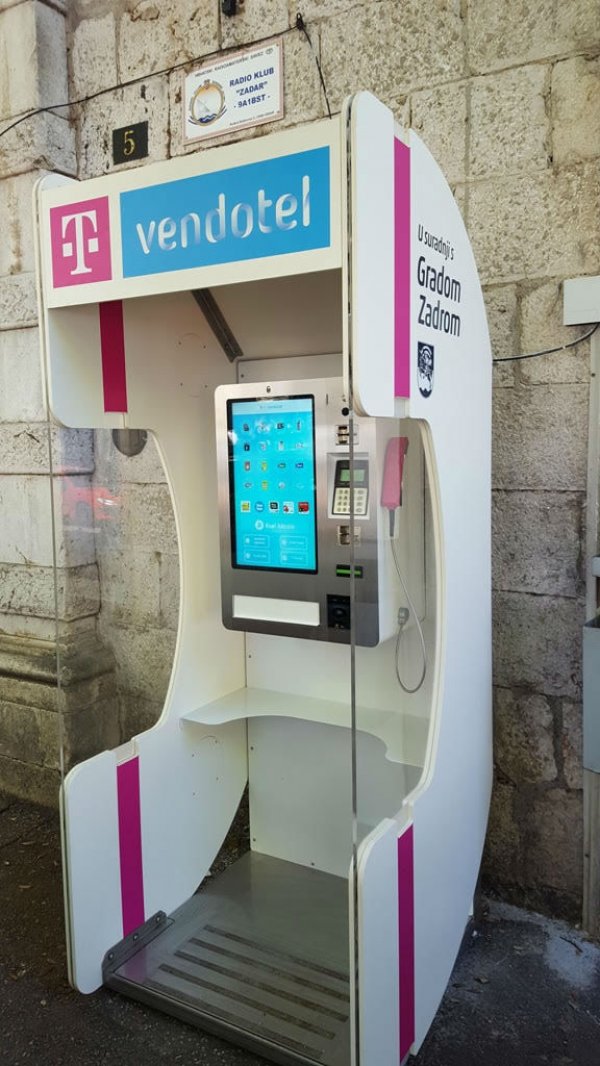 In the 1990s there were more than 10,000 public pay phones in Croatia, today there are less than half as many. In 2000 there were 3 million calls made and received from phone booths in the county. Last year there were 350,000, almost ten times less.

A further 10 smart pay phones booths will be placed around Zadar by the end of the week.