ZAGREB, 2 June 2021 – Ryanair, Europe’s largest airline, today marked its first flight to Zagreb on a new route that will operate twice a week to Brussels Charleroi.

Ryanair has also announced a second route to Milan Bergamo starting on June 17, while three routes to Gothenburg, London Stansted and Rome Ciampino will be available from July 23, when Ryanair’s first aircraft will be based in Zagreb.

The full flight schedule of Ryanair from Zagreb for the summer of 2021 will be available from September when the second aircraft will be based in Zagreb and nine more new routes will be opened to Germany, France, Norway, Sweden and Montenegro. Ryanair’s head of sales and marketing for Central and Eastern Europe and the Balkans, Olga Pawlonka, said: “We are pleased to have officially marked our first flight to Zagreb on our twice-weekly route to Brussels Charleroi. Our second line to Milan Bergamo will start on June 17th. Along with our earlier opening of the base in Zagreb, Ryanair will fly on a total of five routes followed by the introduction of an additional nine new routes and even more flights that will be available for booking from September. To celebrate its first flight to Zagreb and the official start of the summer season, Ryanair has launched a seat sale for just € 19.99 for travel until 31 October, which must be booked by midnight on 4 June. As tickets sell out quickly at these great prices, customers should sign up at www.ryanair.com so they don’t miss this opportunity.” 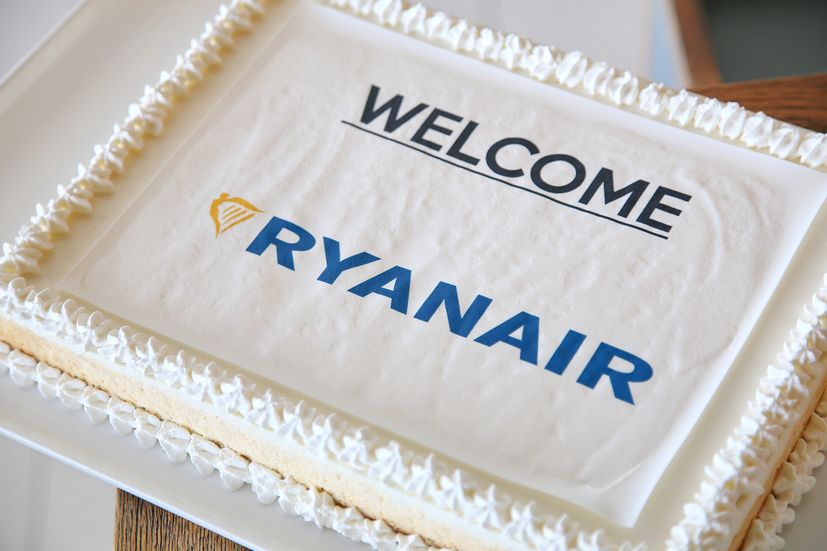 Yavuz Aytis, Head of Route Development at Zagreb International Airport, said: “We are pleased to have welcomed Ryanair’s first flight at Zagreb Airport. Starting with flights to Charleroi, Ryanair will connect Franjo Tudjman Airport with 14 new destinations in less than 3 months. We are excited because this is just the beginning, and in the near future the city of Zagreb will be more accessible than ever and will be further confirmed as the so-called. city ​​break destination thanks to the best connectivity in the history of Franjo Tudjman Airport.”