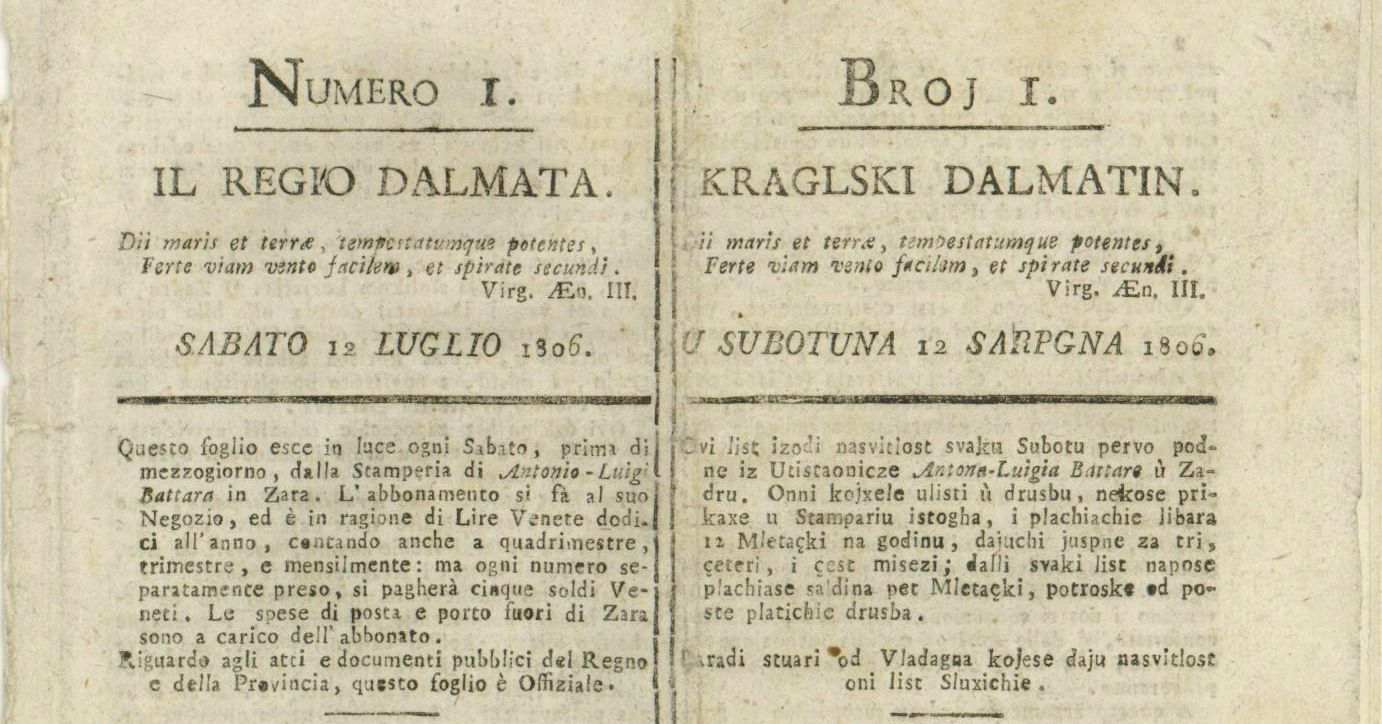 Dalmatia was ruled by Napoleonic France between 1806 and 1813 and it was that government which published the paper in order to ‘promote their government and gain favor with the local population’.

The decision to establish Il Regio Dalmata – Kraglski Dalmatin was made by Napoleon Bonaparte.

The newspaper, which was distributed throughout Dalmatia, from the Kvarner Gulf in the north to the Bay of Kotor in the south, including the Adriatic islands, was edited by Bartolomeo Benincasa, Ivan Kreljanović and Nikola Dominik Budrović.

Paško Jukić, a Franciscan, translated the articles from Italian to Croatian. After Jukić’s death in 1806, Budrović took over the translation duties. The newspaper was printed in Antonio Luigi Battara’s printing shop in Zadar.

The French government decided to discontinue newspaper in 1810 after 176 issues in favour of a larger more regional paper. 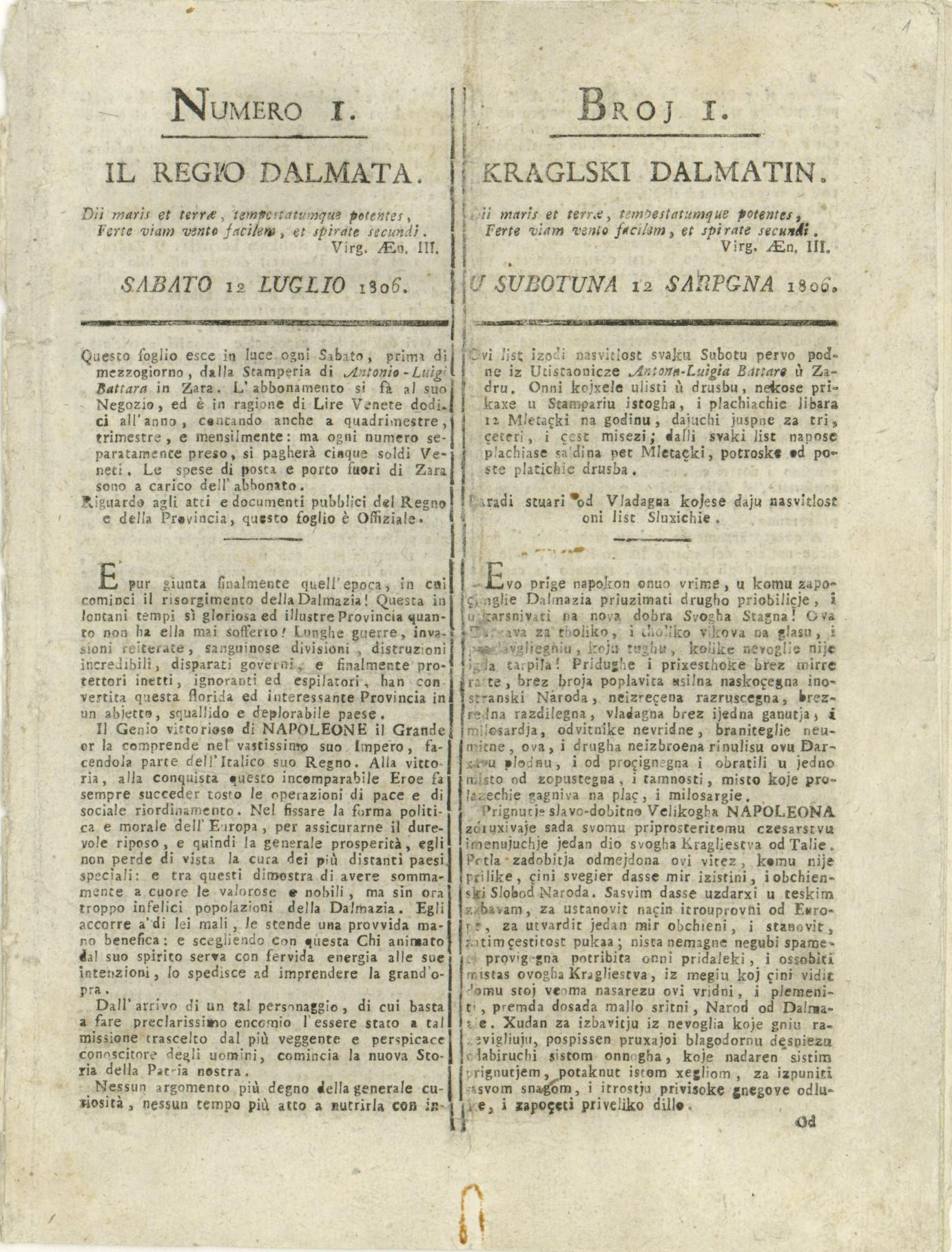 You can check out the first issue on Stare hrvatske novine.