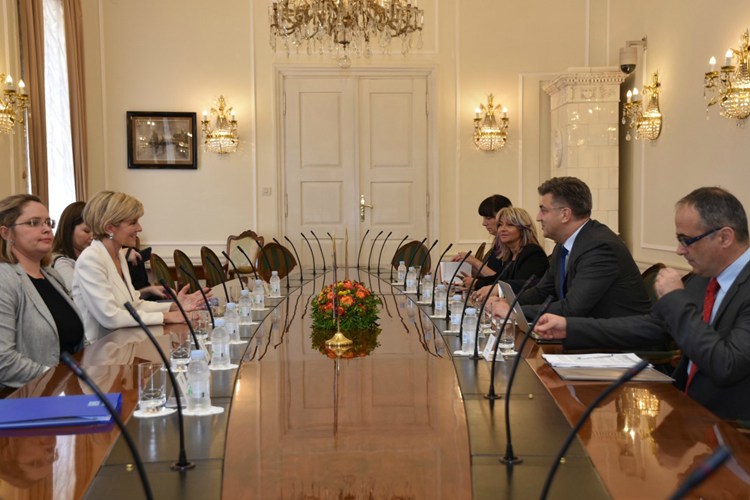 Australia’s Foreign Affairs Minister Julie Bishop has arrived in Zagreb and met with Croatian officials as on the occasion of the 25th anniversary of the establishment of diplomatic relations between Croatia and Australia.

The pair discussed the strengthening of political and business contacts between Australia and Croatia.

Croatia has become a popular destination for Australian citizens with an increase in the number of arrivals over the last few year.

Officials believe that the opening of Croatian-Australian Chambers of Commerce in several Australian states would help step up economic relations and increase investments, notably in transport, energy and the food industry.

Bishop and Plenkovic also said they would like to strengthen cooperation in the science and education sector by launching an exchange programme between the University of Zagreb and Macquarie University from Sydney. Plenkovic was pleased, considering the large Croatian community living in Australia, that the Australian government has made the decision to recognise the Croatian language and finance Croatian classes in state schools.