Prague gets its first Croatian smart benches (photo: Include)

The Croatian smart bench revolution around the globe continues slowly.

Today the first Steora benches were installed in Prague in the Czech Republic. Earlier this month the first bench was placed in Melbourne, Australia.

The Czech Republic and Australia placements bring the total number of places people can use the benches to charge phones and use free WiFi to 13 countries on 4 continents and in 5 capital cities – Zagreb, Sarajevo, Prague, Bratislava, and Astana. 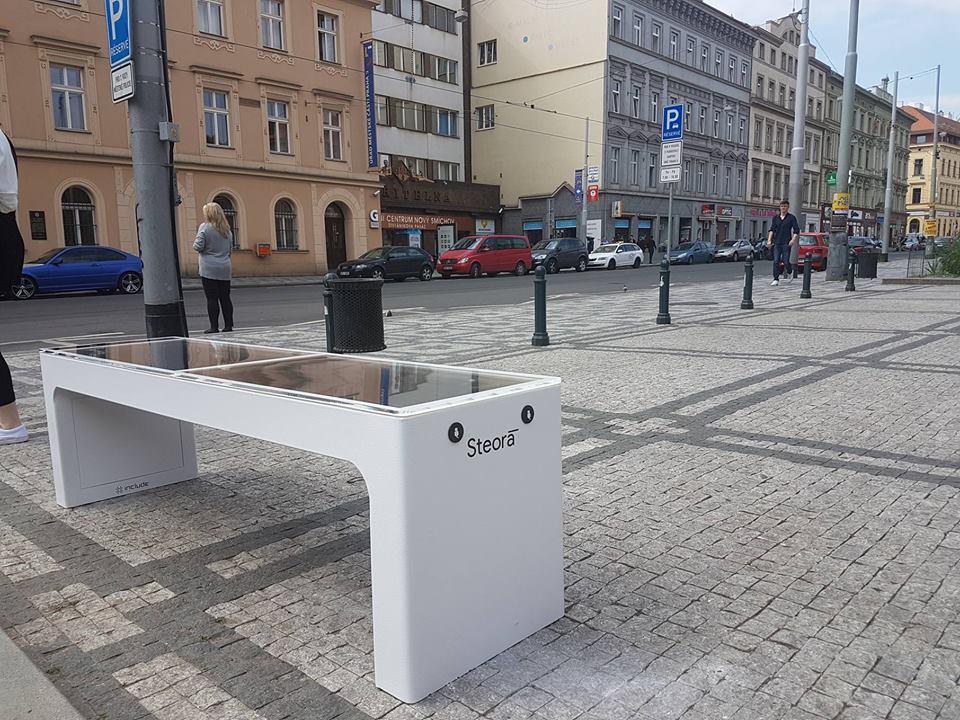 The Croatian company behind the ‘world’s best smart street bench’, Include, founded by young 21-year-old inventor Ivan Mrvoš, also have some of their Steora benches in Germany, Slovakia, Belgium, Denmark, Sweden, USA, Qatar, Bosnia and Herzegovina, and Montenegro. The bench in Melbourne (photo: Include)

After placing a smart bench in Western Australia earlier this year, the plan is to install 30 in different locations in Australia by the end of the year.