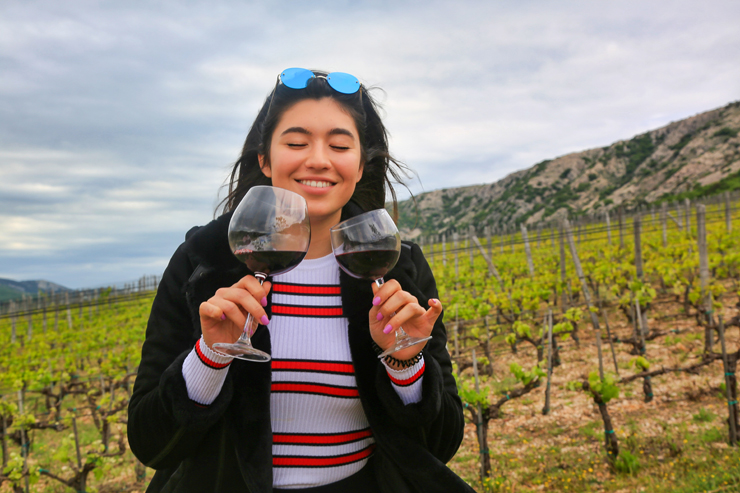 The island of Krk and the Croatian coast has a thousand-year tradition in the production of wine and sparkling wines.

Josip Novosel from Flash.hr headed to Krk with Evgenia and Vana in search of gold and literally found it at the 5-time gold medal-wining Katunar Estate Winery in Vrbnik.

Josip, Evgenia and Vana were greeted by winemaker Anton Katunar, better known as Tony, who sliced some Istrian sausages, pršut from Drniš and Pag cheese and poured his welcome sparkling wine “PORIN“. 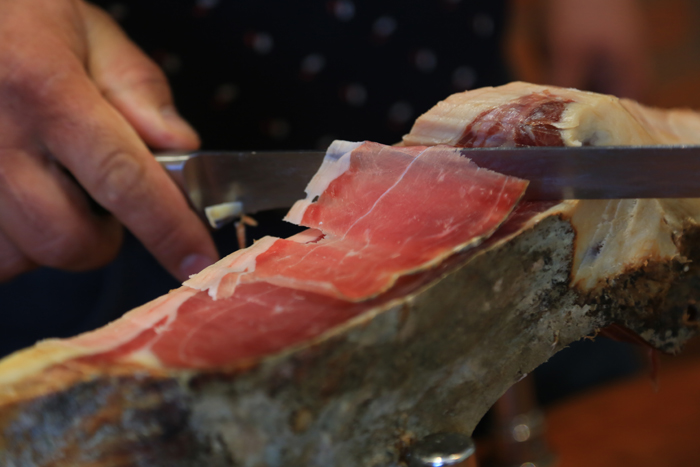 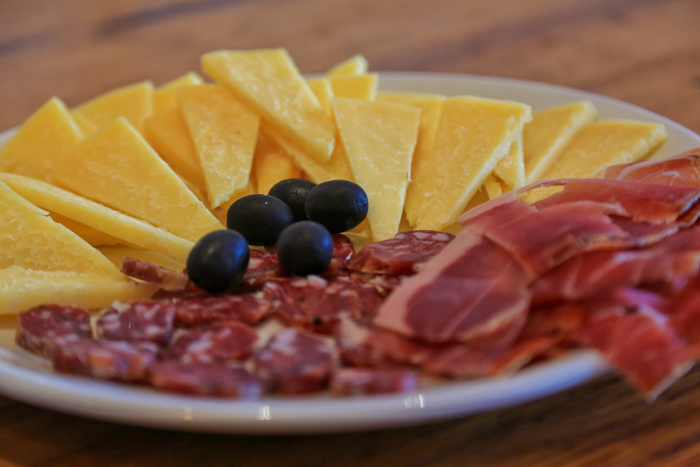 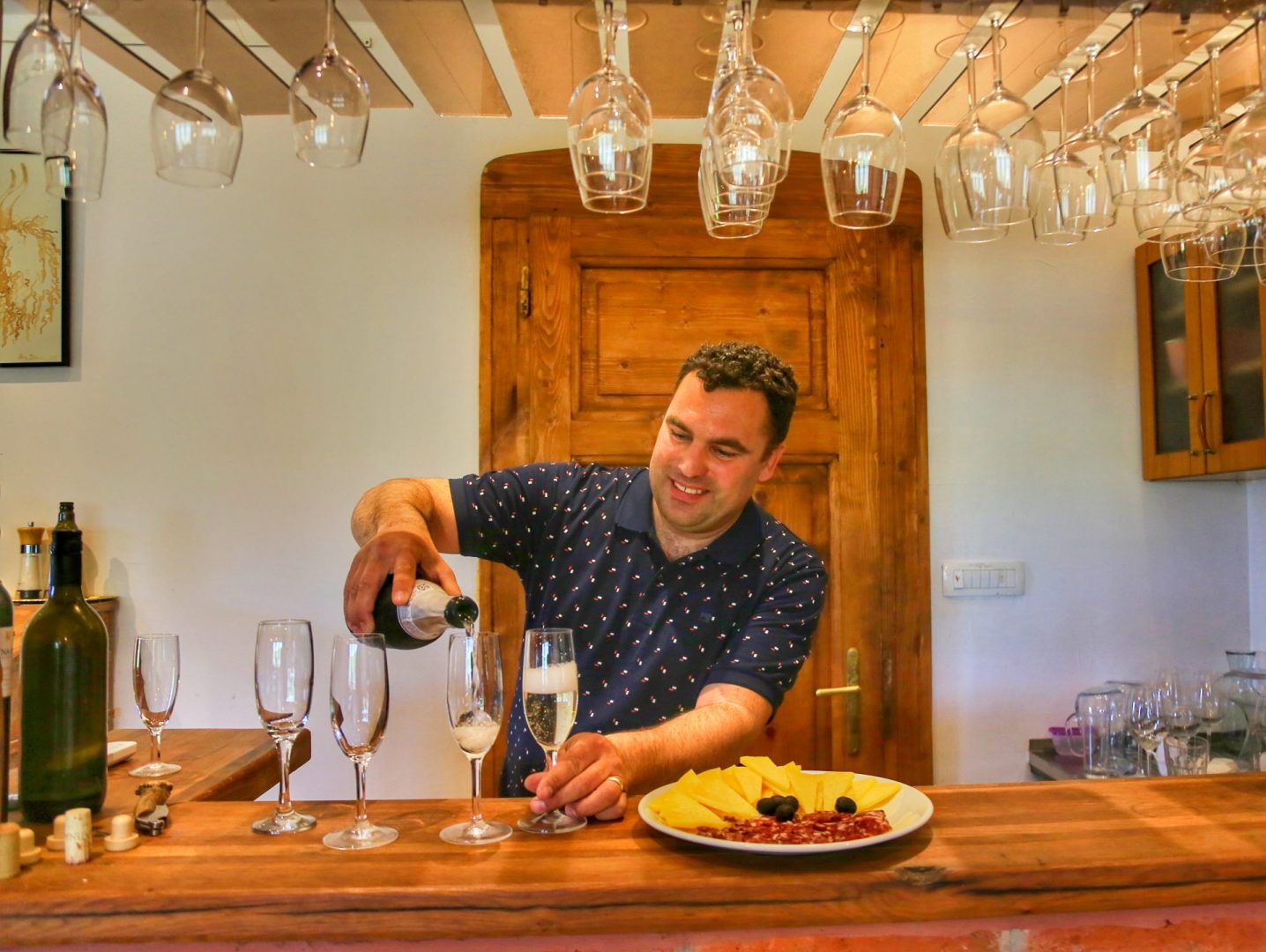 “We tasted first the young Zlahtina “St. Lucia” from 2020 and then the aged Zlahtina “St. Lucia” from 2018, which won a gold medal at Vinistra 2021 and which is my favourite. It is an interesting fact that the personal sommelier of George Bush, during his visit to Zagreb, chose the nobility of the Katunar winery at the blind tasting,” Josip explains. 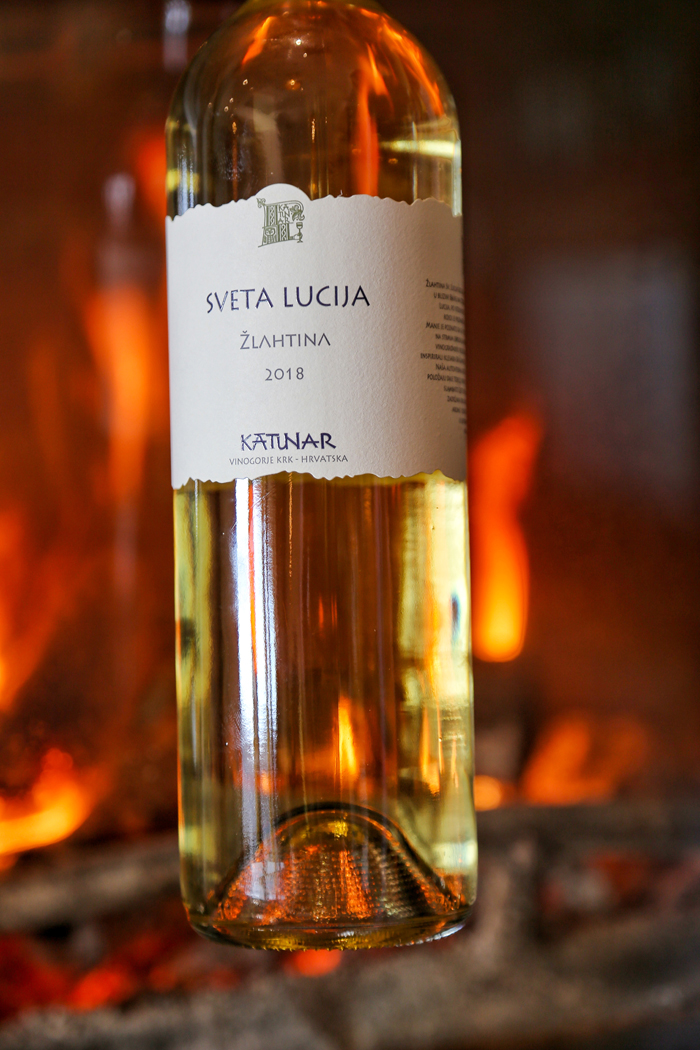 The Katunar winery is known for having the northernmost plantation of Plavac mali, and the 45th parallel that runs through their vineyard also passes through some of the most famous European vineyards such as Bordoaux or Piedmont. The ideal orientation of the vineyards (south-southwest), the proximity of the sea and excellent ventilation allow organic farming in the full sense, with extremely low needs for spraying and protective treatments of the vine. 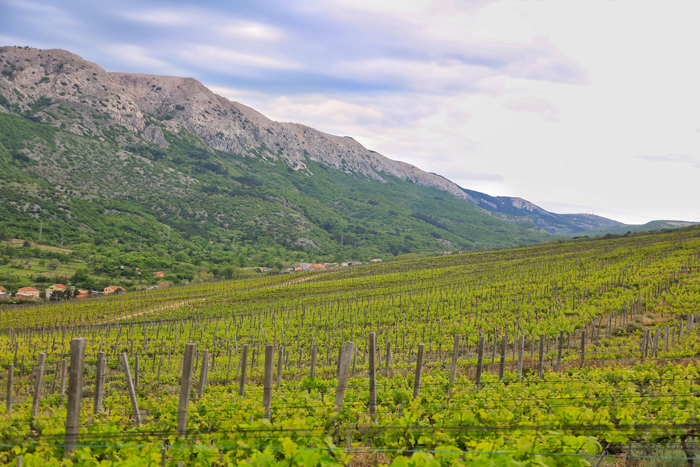 In addition to typical aromas and flavors, such as dark fruits such as blackberries and black cherries, but also pepper, leather and smoke, in their Plavac you will also recognize discreet traces of licorice, musk and strawberry. Due to two years of maturation in an oak barrel, Plavac is enriched with a distinctive vanilla flavor. 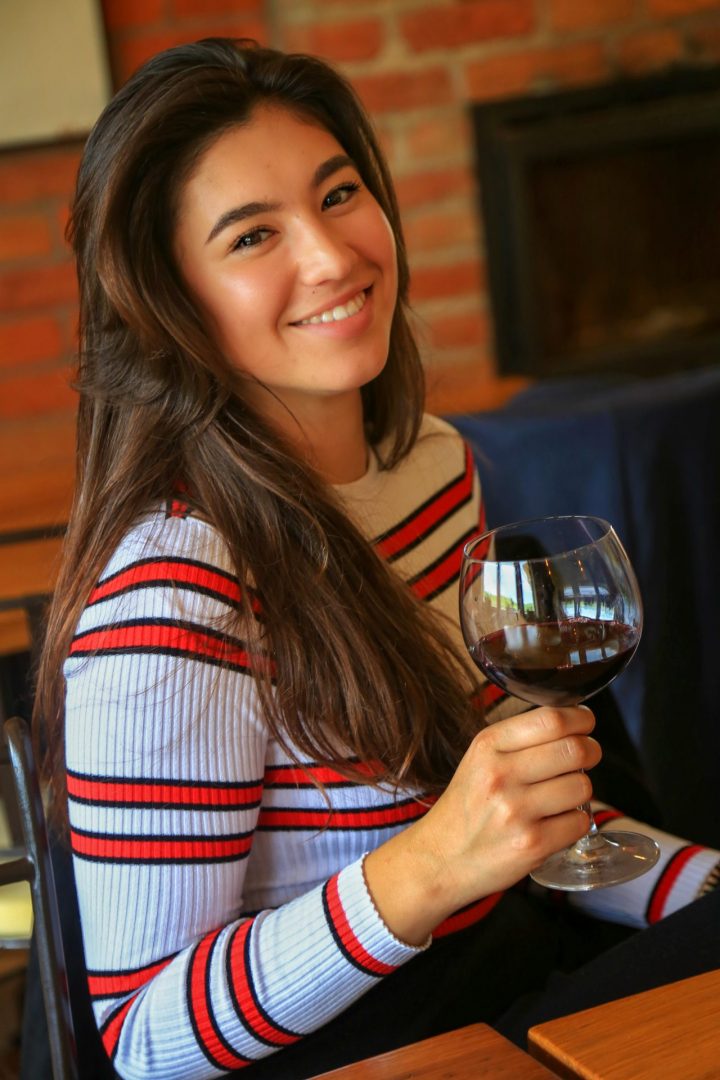 Another gold medal-winning wine produced by Katunar winery is their “Kurykta reserve” which is obtained by mixing sansigot and debejan. This wine was declared the best red wine of the indigenous varieties in Istria and Kvarner. 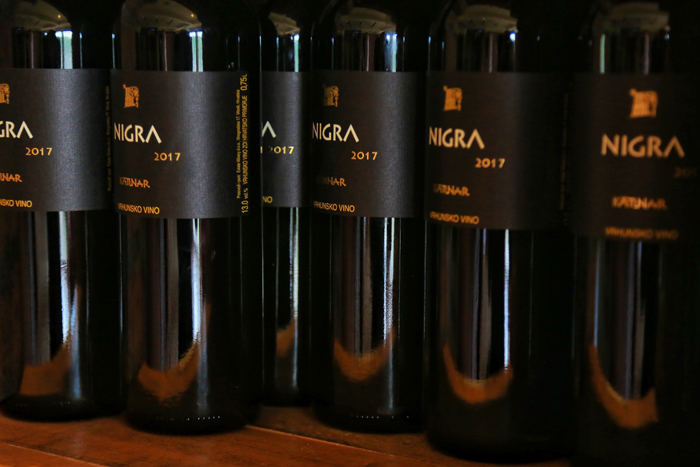 “I almost had a heart attack when I heard that the wine has no sulphur. It is against all the rules of winemaking. Since I am from a reputable Croatian wine family. I gave Tony a free sommelier lesson: “Sulphur is never too much, and for that special touch, it is always good to have a bottle of mineral water. Spritzer it’s the best.“ Tony shed a tear. I think it was a joy tear. 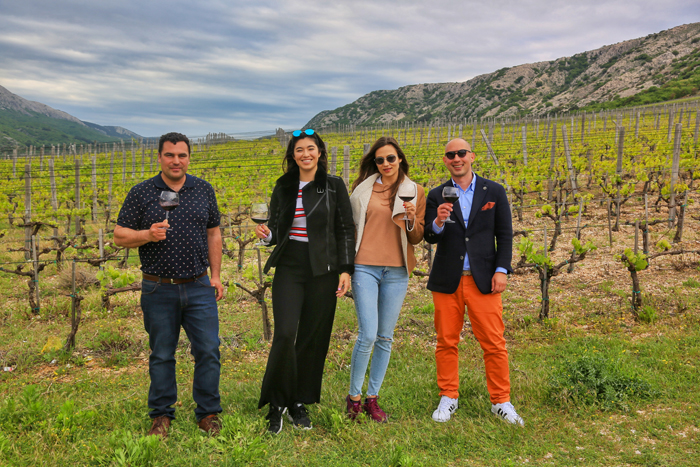 When it comes to wine without additives, we also had to try Katunar Amphora – Vinified Zlahtina in an amphora imported from Georgia (the oldest method of vinification). 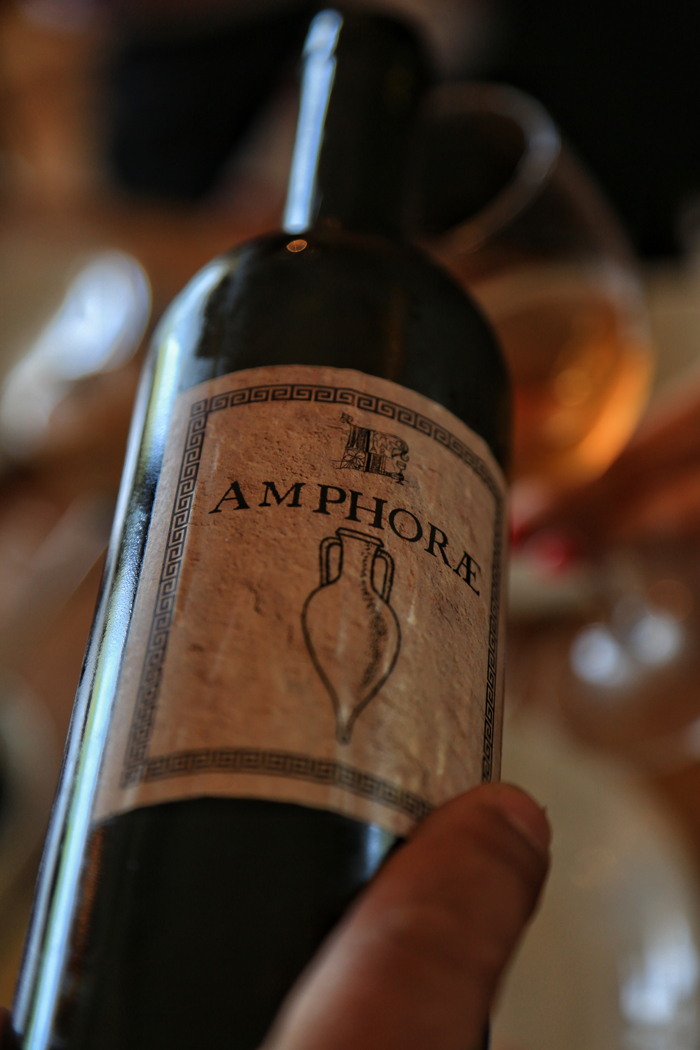 In addition to St. Lucia, Vana also chose the Gold Vintage, which also won a gold medal, and a bottle of Sansigot, another gold medal-winning wine. Sansigot or Sušćan black is named after the Kvarner sandy island of Susak, where this black grape variety has been grown since ancient time,” Josip says, before adding. 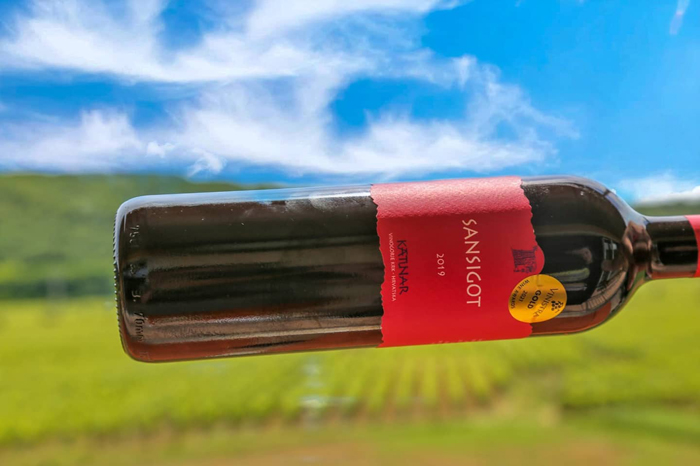 Before leaving, Tony told us how he inherited the role of winemaker from his father Anton, who as a former computer scientist was the first to make a Glagolitic font. On the wine scene of Krk and Kvarner since 1984, his father was the first in the former state to get a permit to open a business of IT activities and write computer programs. The first wines he made at all were wines he made for Christmas and New Year gifts which he then gave to business partners. 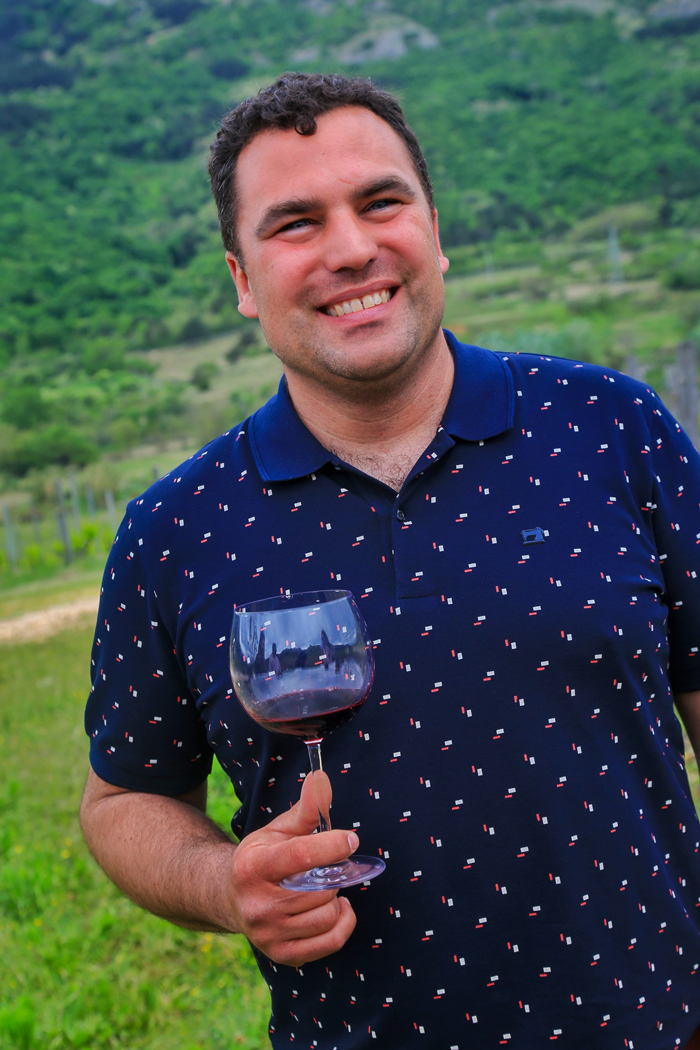 Since the 90s, Katunars has been professionally engaged only in winemaking, and since 2004 he and his uncle have been going their separate ways in terms of business, and today the two families are each developing their own brand. Katunar Winery was among the first to introduce controlled cold fermentation, they procured new barriques from Slavonian oak and were the first in Croatia to master the production of sparkling wines by the Charmat (tank) method.” 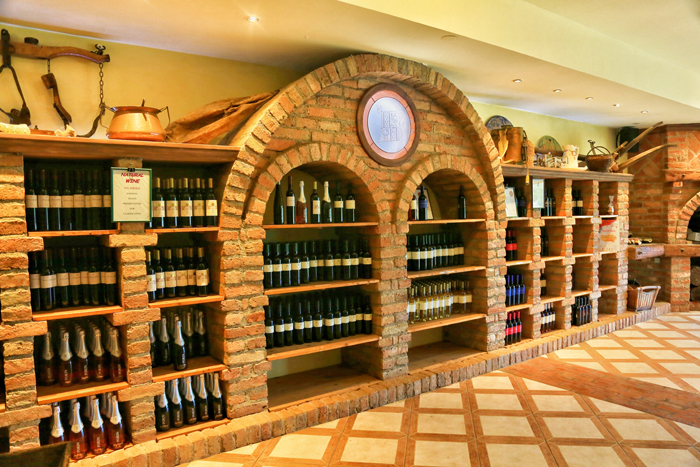 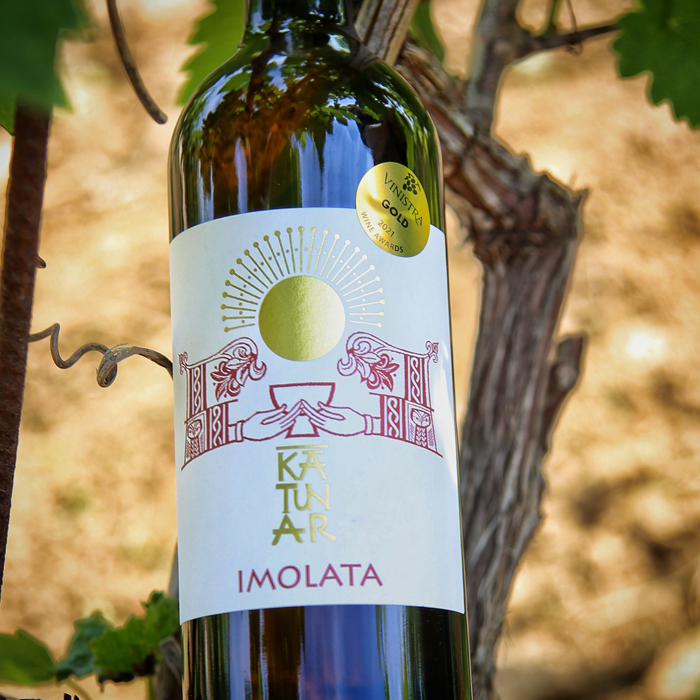 Another fun fact about the winery. San Marino issued a series of postage stamps with 7 European wines with one of them Katunar Zlahtina. 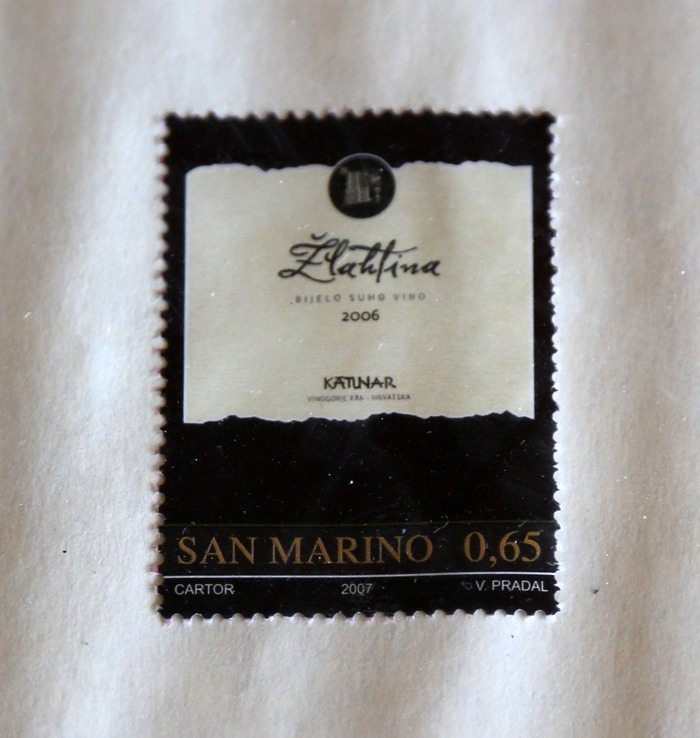 “Tony wanted to take us to lunch, but unfortunately we had to turn him down because we had an early dinner organized in Njivice on Krk with Jelena Kraljic and her Indian husband Rajeev. Jelena operates Homestay Njivice apartments, and Raj prepares traditional Indian food for guests that you can’t eat in restaurants.” 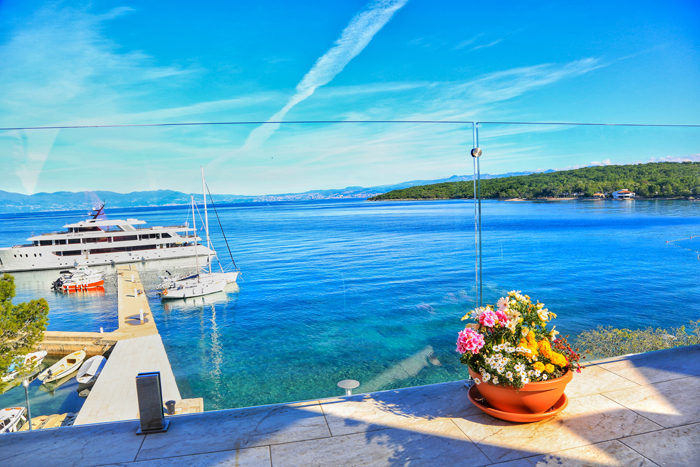 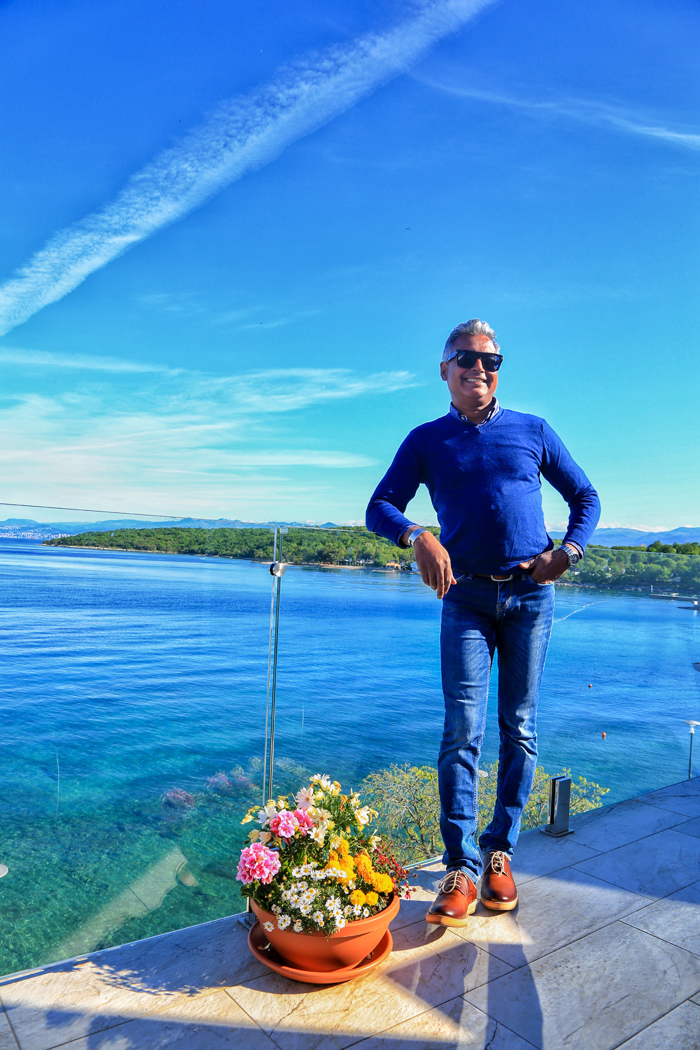 “For all of you who are looking for a weekend destination to escape, my suggestion is definitely a visit to the Katunar winery in Vrbnik on the island of Krk, after which you must visit Njivice for an Indian dinner. The next day you can jump to Cres to the Art Farm Filozici, which I have already written about, and which we also visited that weekend,” Josip concluded. 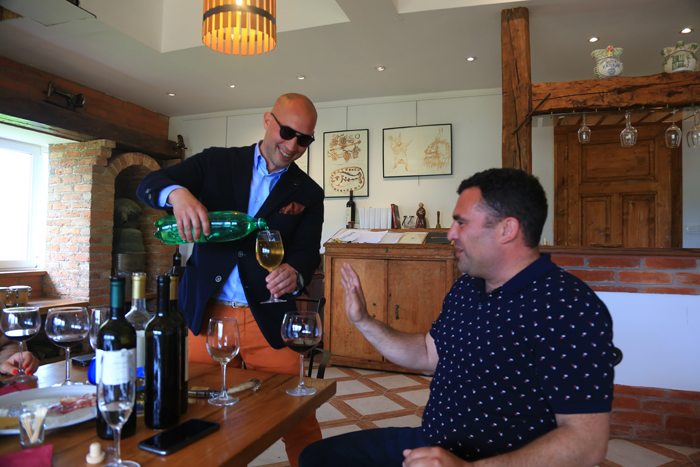