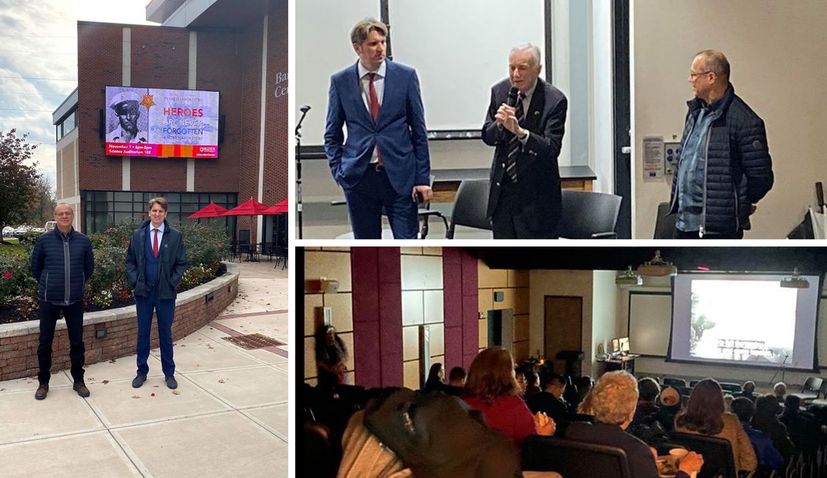 At the encouragement of the Ambassador of the Republic of Croatia to the United States, Mr. Pjer Šimunović, as well as support of the Ministry for Foreign and European Affairs, the documentary film produced by the Croatian National Television (HRT), “Heroes are Never Forgotten: A Peter Tomich Story” began its promotional tour of the United States.

The ten-day tour began on October 30 at the Croatian Embassy in Washington DC, and it was also screened at the National Museum of the U.S. Navy on the next day. 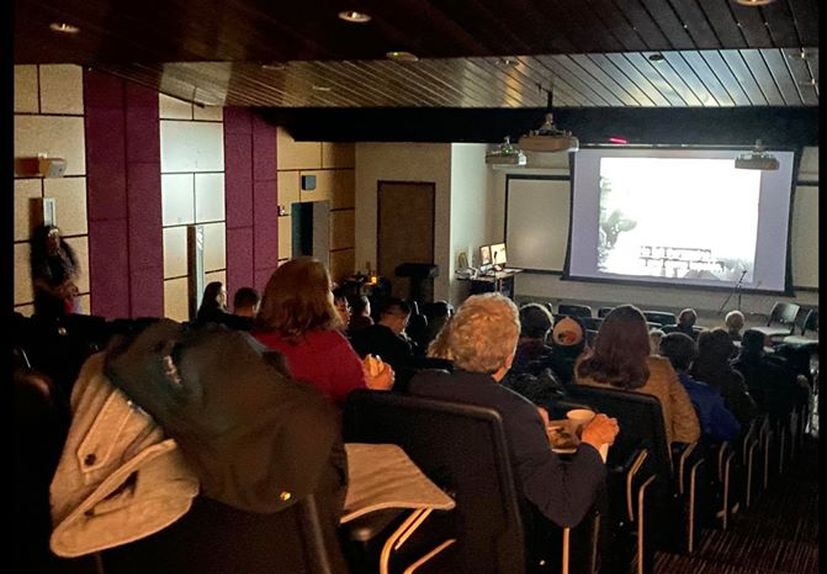 In Chicago, the film was shown at the Croatian Cultural Center with the support of Croatia’s Consul General Ms. Sanja Laković. Afterwards, the film was shown at the Peter Tomich Hall, an academic building at the U.S. Navy Senior Enlisted Academy in Rhode Island, to the leadership of this military academy as well as the class of 227 enrolled. In honor of the visit of the delegates from the Croatian National Television, the Hall was decorated with U.S. Navy flags and with the Croatian Flag displayed above the main entrance. 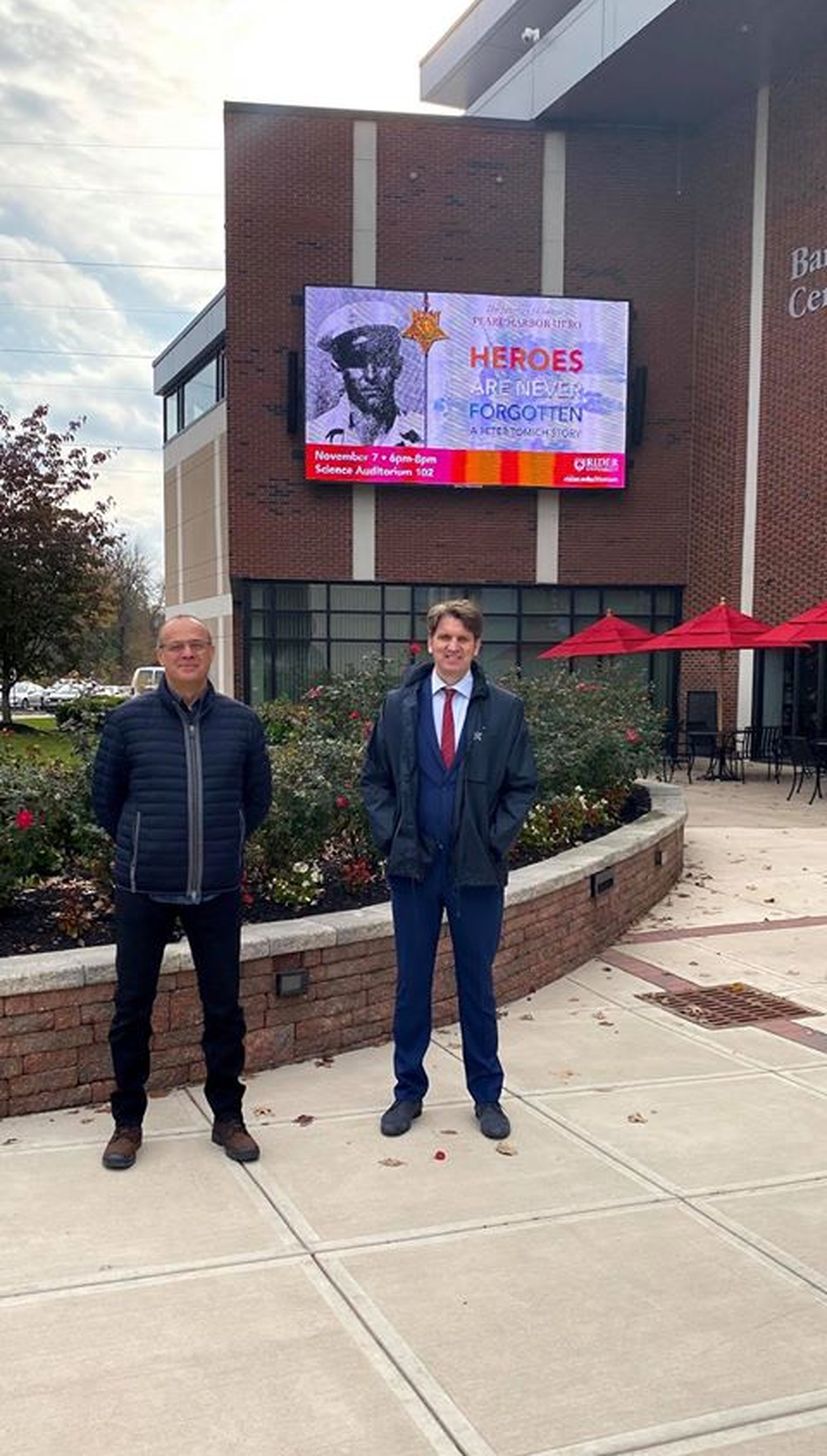 The documentary was also presented as part of the Veterans Day celebrations at Rider University (Lawrenceville, NJ) as organized by dean Boris Vilić. The film’s title “Heroes are Never Forgotten” became the title of the University’s Veterans Day activities, which included a visit by the team from the Croatian National Television as well as the retired U.S. Navy Rear Admiral Robert Lunney who initiated and began the search for the next of kin of Peter Tomich so that they can be presented – after more than half a century – with the Congressional Medal of Honor.

The tour will finish with a screening of the film at the Croatian Center “St. Nikola Tavelić” in New York City. The documentary “Heroes are Never Forgotten” depicts the story of the Chief Water Tender, a Croatian émigré Tomich who served aboard USS Utah at the moment when the battleship was hit by two Japanese torpedoes and started to capsize. With his courage, Tomich prevented the explosion of the ship’s boilers and with it greater loss of life among the crew. For his heroic actions, due to which he lost his life, he was posthumously decorated with the highest American honor for courage, the Congressional Medal of Honor. 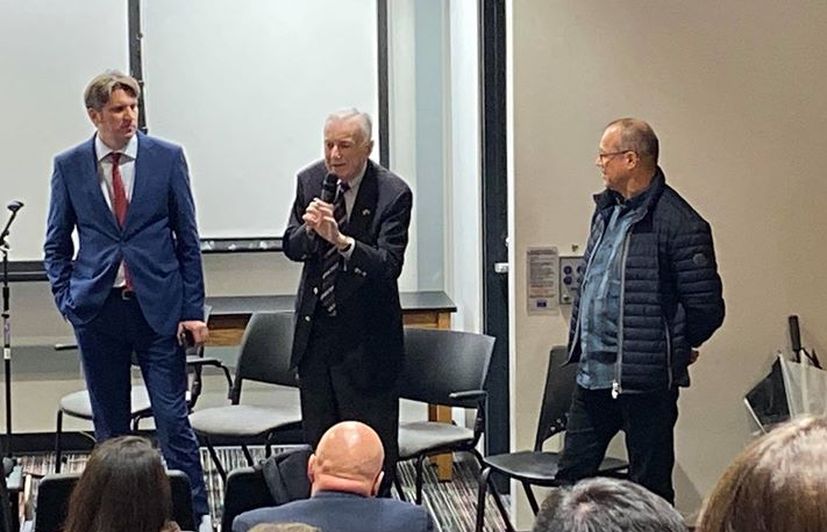 This documentary feature of director Ištvana Filaković, and screenwriters Vladimir Brnardić and Nenad Bach, also talks about an exciting quest for Peter’s next of kin to whom the medal should be presented. After almost a decade of research and proving the facts, and even legal court cases, the previously mentioned American Rear Admiral Robert Lunney proved that Peter Tomich was actually Petar Herceg Tonić and found his descendants in Prelog in Herzegovina. 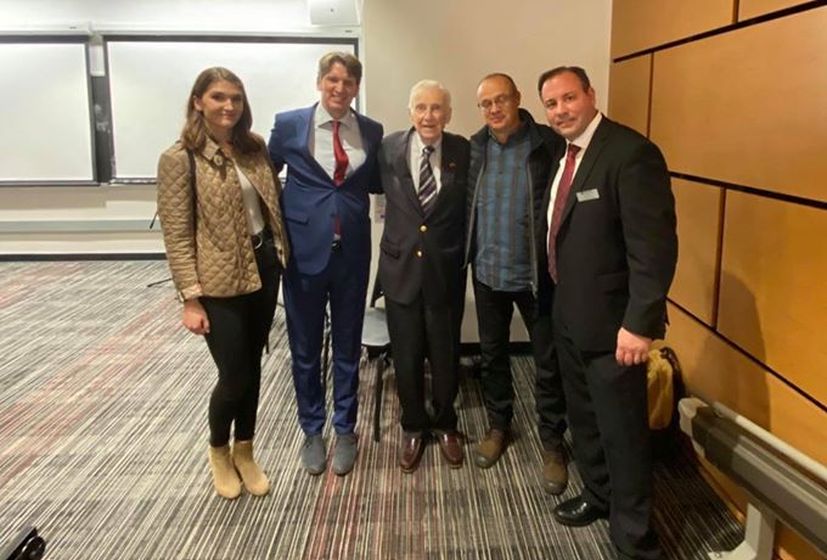 Thus, after six and a half decades, one of the rare Medals of Honor not presented to the next of kin, which the U.S. president Franklin Delano Roosevelt awarded to Peter Tomich, was presented to the representative of the family, a retired Croatian Army Colonel Srećko Herceg, aboard the largest aircraft carrier of the U.S. Navy, USS Enterprise, docked in the city of Split harbor. The team of “Heroes are Never Forgotten” also comprises the director of photography Dražen Lipka and editor Mladen Radaković.