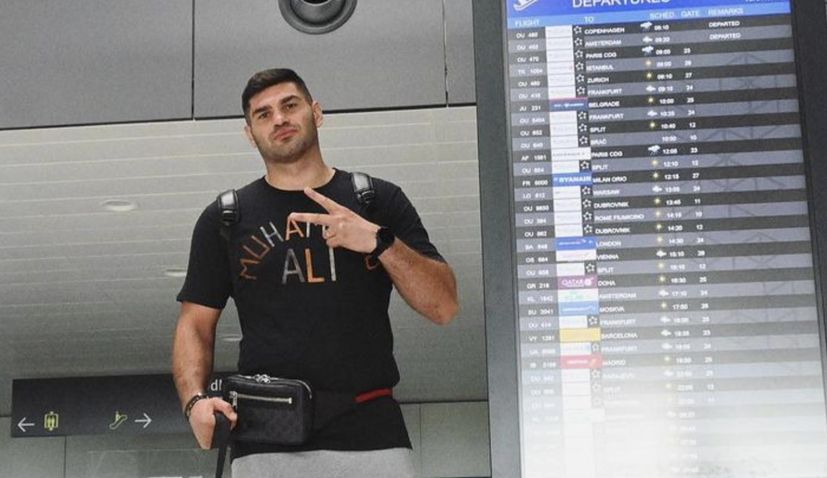 ZAGREB, 12 July 2021 – After a long absence, undefeated heavyweight boxer Filip Hrgović will finally step back in the ring next month.

The Croatian, who might be the most avoided heavyweight going around at the moment, left Croatia this weekend for Miami.

Hrgović, who is 12-0, including 10 knockouts, headed back to the States to prepare for his first fight in over 9 months.

“Finally bringing some good news. Watch me step back in the ring again on August 28th in USA. While we’re waiting for my next opponent to be announced, I’m travelling back to Miami after a short vacation in my home, Croatia. Thank you for supporting me and for being a part of this hard journey!,” the fighter said.

Hrgović was set to fight American Michael Hunter in an IBF final eliminator back in May for the right to fight for Anthony Joshua’s IBF belt, but the fight was cancelled after Hunter pulled out.

Promoter Eddie Hearn has said that finding Hrgović a willing opponent has not been easy with no boxers ranked in the top 15 keen to face the 29-year-old.

“It’s probably the most frustrating thing going because we’ve been going down the IBF [rankings], probably every day, trying to find someone willing to step in the ring with Filip Hrgović,” Hearn said.

Martin Bakole has been mentioned as Hrgović’s potential opponent in August, but it seems that also might fall through as he seeks a warm-up fight first.

Hrgović has been patiently training for almost 9 months now but boxers are running scared, despite a promised shot at the title if they win.

Now a date has been set, we hope an opponent will be confirmed soon for Hrgović, who has been impressive since turning pro in 2017.