Three wins from three matches at the World Cup in Russia has helped Croatia jump 17 places on the latest real-time FIFA rankings.

Croatia is now ranked 3rd in the world with 1,331 points thanks to wins against Nigeria, Argentina and Iceland at the World Cup, reports La Gazzetta Dello Sport.

It is the highest Croatia has been ranked since 1999 when it reached third spot after finishing third at the 1998 World Cup in France.

Croatia has had three wins in Russia (HNS)

Ahead of Croatia on the latest real-time rankings are only Brazil, who are in the No.1 spot with 1,627 points, and Belgium with 1,468 points in second place. 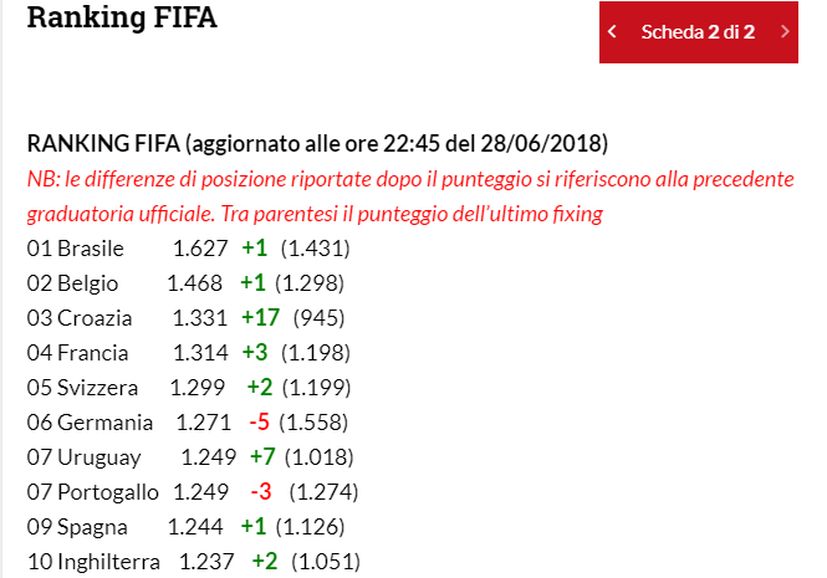 Croatia faces Denmark on Sunday, whilst Brazil meets Mexico and Belgium faces Japan. The official FIFA rankings list will next be released on 19 July.