Belgium has overtaken France at the top of the FIFA rankings whilst Croatia holds onto its place after football’s governing body released the latest rankings on Thursday.

After winning six matches at the 2018 FIFA World Cup against Nigeria, Argentina, Iceland, Denmark, Russia and England to claim the silver medal, Zlatko Dalić’s team moved up from 20th spot to 4th spot and on Thursday maintained that ranking.

Croatia played one official match since the last ranking, drawing  0-0 with England. Croatia also beat Jordan in a friendly 2-1.

Belgium jumps past World Cup winners France at the top to be the number one ranked team by one point.

Brazil is in third place, followed by World Cup runners-up Croatia and England who jumped to fifth after its win against Spain in Seville.

Portugal, Switzerland, Spain and Denmark complete top 10, while Argentina drops down to 12th and Germany to 14th. 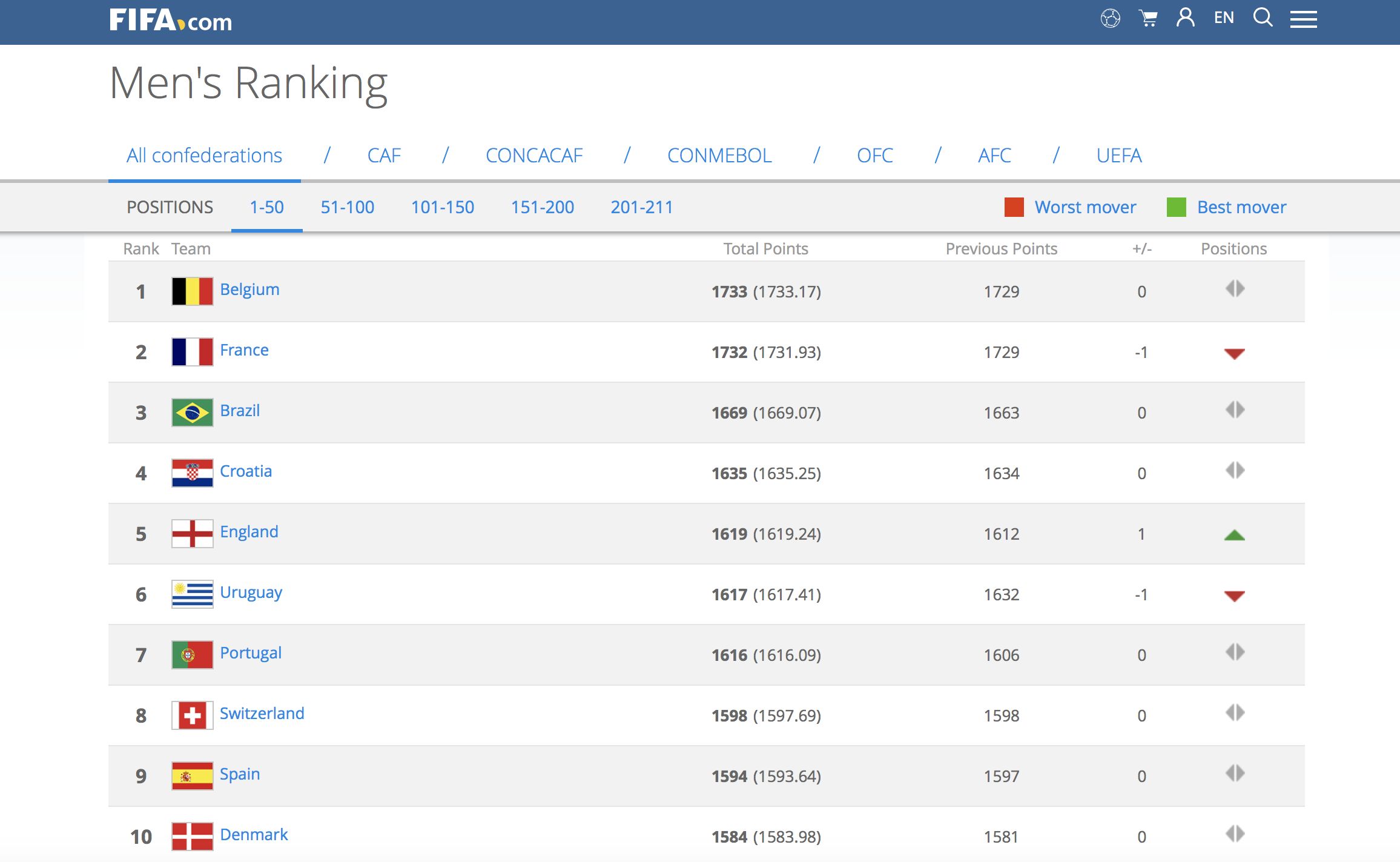