ZAGREB, May 7 (Hina) – The European Union adopted the Zagreb Declaration at a virtual summit on Wednesday reaffirming the membership prospects for six Western Balkan countries.

“Recalling the 2000 Zagreb, the 2003 Thessaloniki and the 2018 Sofia Summits, the EU once again reaffirms its unequivocal support for the European perspective of the Western Balkans. The Western Balkans partners reiterated their commitment to the European perspective as their firm strategic choice. The credibility of this commitment depends also on
clear public communication and the implementation of the necessary reforms,” says the declaration, which is an important document for the future relationship between the EU and the six countries of Southeast Europe.

The summit was held via video link because a physical meeting was not possible due to the current coronavirus pandemic. The summit was conceived as the central event of the Croatian presidency of the Council of the European Union.

The document highlights “unity and solidarity” in combating the pandemic, for which the EU has prepared a € 3.3 billion package to support the Western Balkans. It reaffirms the membership prospects for the six countries without actually mentioning the word “enlargement”. 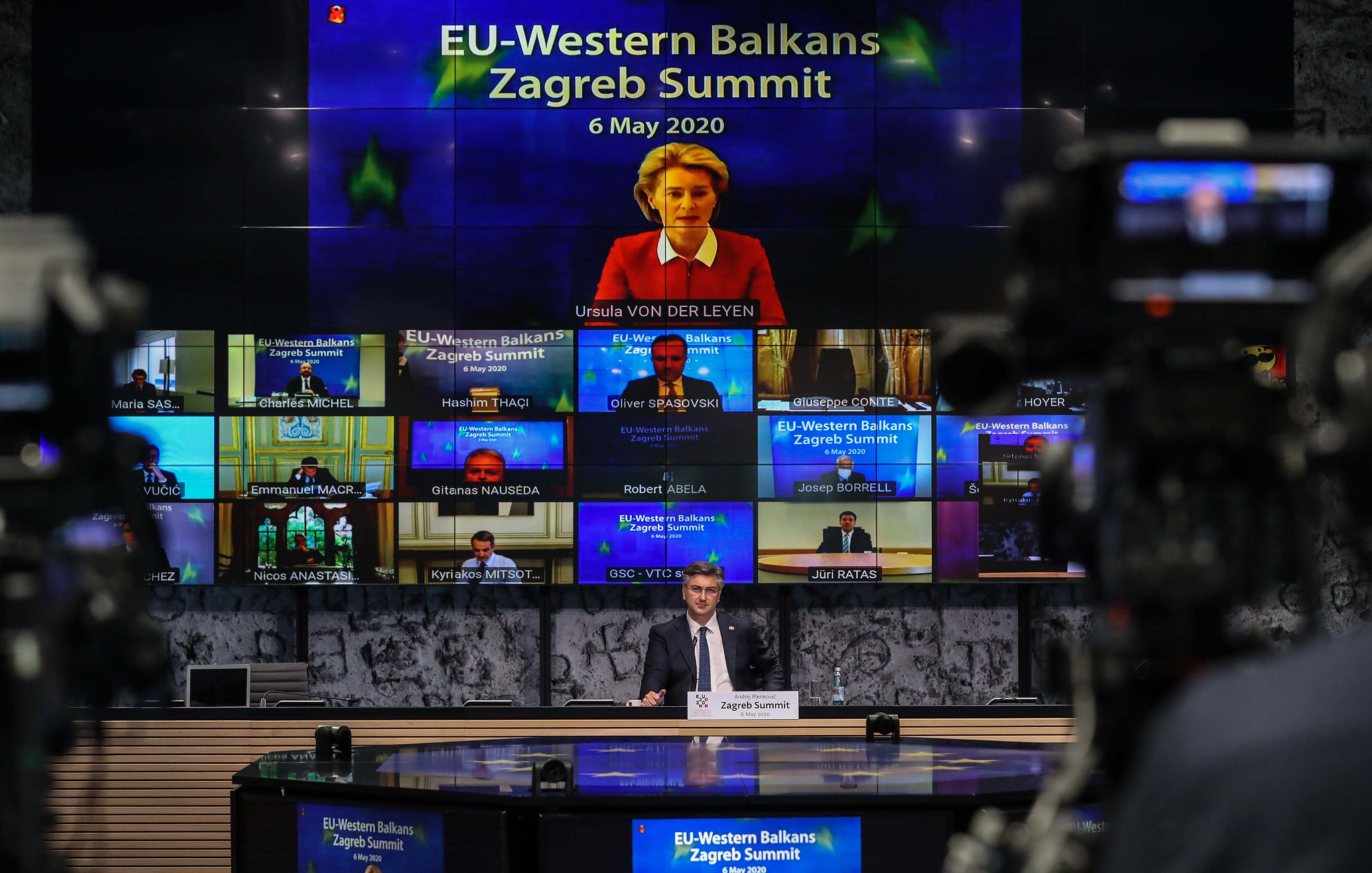 The EU is also preparing a large economic and investment package for the region which will be unveiled at a later date because it is tied to negotiations on the next seven-year EU budget.

The declaration calls on the Western Balkan countries to respect European values and the rules of law.

It clearly states that the EU deserves greater acknowledgement for support in fighting the coronavirus outbreak than some other actors whose aid has received far greater attention in the region.

“The fact that this support and cooperation goes far beyond what any other partner has provided to the region deserves public acknowledgement. The EU also recognises the valuable support the Western Balkans have given during the pandemic to their immediate neighbours and towards the EU.

“The EU and the Western Balkans partners share the objective of a peaceful, strong, stable and united Europe, underpinned by our historical, cultural and geographical ties and by our mutual political, security and economic interests. The EU is determined to further intensify its engagement at all levels to support the region’s political, economic and social transformation
and welcomes the pledge of the Western Balkans partners to uphold European values and principles and to carry out necessary reforms thoroughly and vigorously. Increased EU assistance will be linked to tangible progress in the rule of law and in socio-economic reforms, as well as on the Western Balkans partners’ adherence to EU values, rules and
standards.” The declaration goes on to say that the EU fully supports the Western Balkans partners’ pledge to inclusive regional cooperation and strengthening good neighbourly relations, including with EU member states.

“Implementing bilateral agreements in good faith and with tangible results, including the Prespa Agreement with Greece and the Treaty on Good Neighbourly Relations with Bulgaria, remains important in this regard. Further and decisive efforts need to be devoted to reconciliation and regional stability, as well as to finding and implementing definitive,
inclusive and binding solutions to partners’ bilateral disputes and issues rooted in the legacy of the past, in line with international law and established principles, including the Agreement on Succession Issues,” the document says. The EU called on the Western Balkan partners “to progress towards full alignment with EU foreign policy positions, notably on issues where major common interests are at stake, and to act accordingly.”