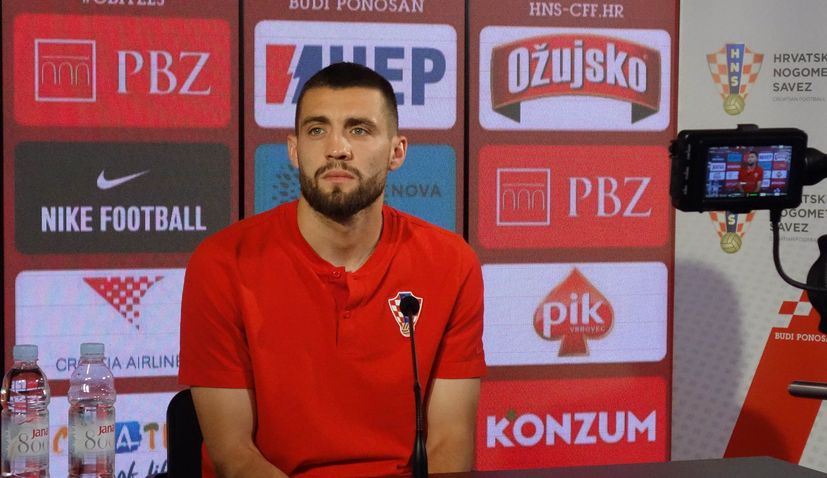 ROVINJ, 25 June 2021 – Mateo Kovačić has been one of Croatia’s best players thus far at Euro 2020. The Chelsea midfielder has the highest average player rating among the Croatians after the group stages.

Kovačić will start against Spain and knows them well, having spent four seasons playing in La Liga.

How does Mateo rate Spain?

“We have a difficult match ahead of us, the Spaniards are a great team that loves possession, loves to play. It will be important for us to try to keep the ball as much as possible, to take away what they love the most. I don’t know how much the media headlines burden them, nor what is being written, but I know they will be ready against us because we are a great team and because we have played against them many times,” Kovačić said on Friday, adding.

“Both teams will try to outplay each other. The best individual in the Spanish ranks? If I started to list them I would be here for a long time, however, the return of Busquets, who is the initiator of all attacks means a lot to them and we will have to stop him and make sure he does not move without pressure. We will have to put pressure on him,” Kovačić pointed out.

Now 27, Kovačić says he has improved a lot since leaving Real Madrid.

“I have progressed, of course, I am a few years older, more experienced, I played more games at Chelsea in continuity. I feel good, better because they trust me. I play, which is very important to me. It is important for every player that he is not changed immediately, that the coach Dalić gave me confidence. True, it is strange that there are no Real players in the Spanish national team, this has never happened in history, but that means that players from other clubs have imposed themselves. The Spaniards have great players in all the clubs in Europe.”

According to many, the Croatian national team has one of the best midfield lines at the Euros in Modrić, Kovačić and Brozović.

“I have been playing with Luka and Broz for many years and we feel good when we play together. Broz is very good for the national team, he gives a calmness, he is constantly looking for the ball and he is in the passage. It is of great help to me and Luka. And we can make progress if we go even further in front of goal, which we did against Scotland. We have to enter the opponent’s penalty area even more and create opportunities. A comparison with the midfield of the 1998 bronze medal side? I would not compare myself with them, they were phenomenal players who played great games for Croatia. The important thing is the team, we have to impose ourselves, show that we are better than Spain.”

Mateo has no doubt that the win over the Scottish team gave them a big boost.

“We needed that victory. Against the English we conceded a goal from one mistake and lost the game, against the Czech Republic we didn’t look good, and the win against Scotland gave us the confidence to be able to play a great game. It was already seen yesterday in training, we will do our best to play a real game in Copenhagen.”

“The atmosphere is great, it always has been. When we come to a gathering for the national team, it’s a joy and an honour, it can’t be bad, especially when the result is good, when you pass the group then it’s even better.”

Mateo ran the most in the first three matches at the Euro for Croatia.

“It’s just because Broz didn’t play against the Czech Republic, ha, ha, ha… We feel good, we did a good job, even though the season was long and we were exhausted. However, it is the same for everyone, we try to refresh ourselves and be the way we were against the Scots. We are ready for another run and to do our best. And one more thing, togetherness is very important in these moments, as it was in Russia. Unfortunately, not all players can play, but we put Croatia in first place, everyone gives as much as they can. We are here to fight together and so it will be this time as well. And the fans will surely mean a lot to us. There weren’t too many of them, but even that small number against the Scots delighted us. It will be a great feeling now, we can’t wait to run out in Copenhagen,” Kovačić concluded.