Home » Sport » Euro 2020: Luka Modrić up for Goal of the Tournament 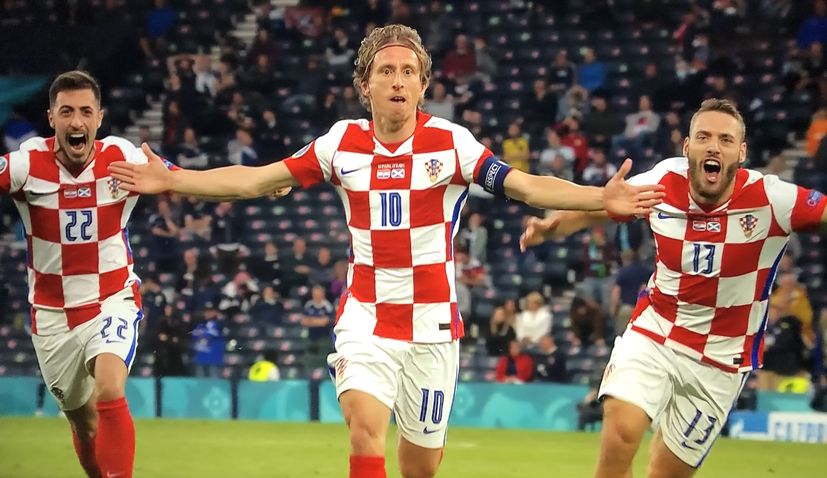 Modrić celebrates after his goal against Scotland

13 July 2021 – Euro 2020 may have finished, but UEFA are still in the process of selecting the goal of the tournament.

Today, UEFA announced the 10 nominations for goal of the tournament with Croatia captain Luka Modrić’s second-half strike against Scotland making the list.

Modrić made the top 10 for his goal which he struck with the outside of his right foot from outside the box which gave Croatia a 2-1 lead over Scotland in the must-win group match.

With the goal, Modrić become Croatia’s oldest ever goal scorer at Euro. He also holds the record for being the youngest.

Top 10 goals of the tournament

⚽️ It’s time to pick your Goal of the Tournament! 👇@gazpromfootball #EUROGOTT

Fans are able to vote for their favourite on the UEFA website.