Home » Sport » Euro 2020: Croatia knocked out by Spain in extra-time 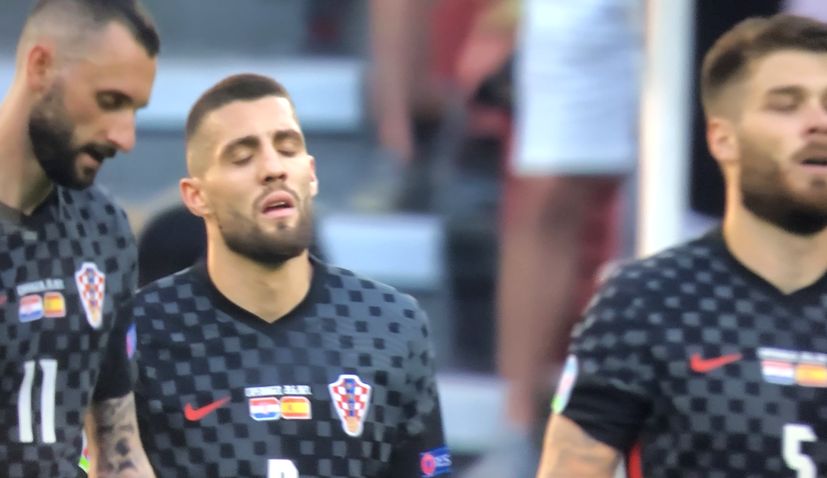 COPENHAGEN, 28 June 2021 – Croatia has been knocked out of Euro 2020 after being beaten 5-3 after extra-time by Spain in a classic encounter at Parken Stadium in Copenhagen.

Croatia scored in the second minute of added time to send the match into extra-time after trailing 3-1 with minutes remaining, but it would be the Spaniards who would be more clinical when it mattered to advance through to the last 8.

Croatia coach Zlatko Dalić made two changes from the side which beat Scotland last Tuesday, brining in Duje Ćaleta-Car for the suspended Dejan Lovren and Ante Rebić for Ivan Perišić, who was ruled out after testing positive for coronavirus.

Spain started the match in typical fashion, controlling possession and hardly giving Croatia a sniff of the ball in the opening ten minutes.

There was a large Croatian contingent in Copenhagen

Spain’s first real chance fell in the 16th minute when Koke was put through but he would be denied by a great save by Dominik Livaković.

In the 20th minute, Croatia would go ahead completely against the run of play. In no danger, Pedri would pass back to keeper Unai Simón but he would lazily try to control the ball only for it to skip past his foot and roll into the back of the net. 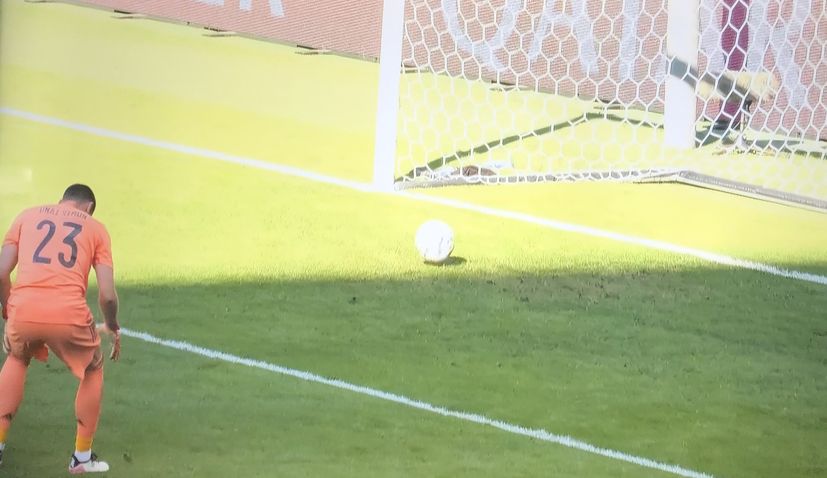 Simón watches the ball roll into the back of the net

Croatia had a chance to double their lead five minutes later when Modrić put Nikola Vlašić through but his run into the box ended with a shot that would go wide.

Spain would finally level in the 38th minute after Livaković could only parry a shot from Gayà into the path of Sarabia and he would drill it home from close range. 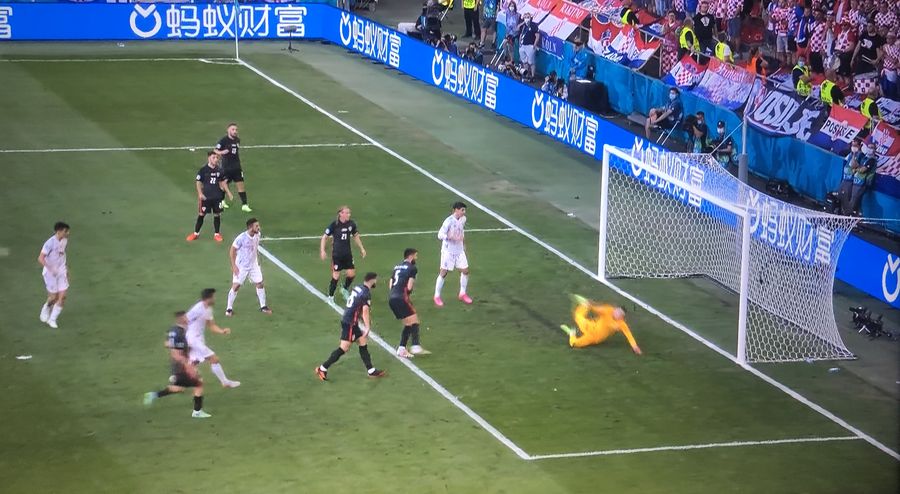 Whilst Spain had most of the possession in the first half, Croatia did expose them on the counter.

Dalić would take off Bruno Petković at halftime, bringing on Andrej Kramarić but Spain continued to dominate possession in at the start of the second half and would take a 2-1 lead in the 57th minute.

Ferran Torres would whip in a cross from the left which would find Chelsea captain Azpilicueta and he would head past Livaković from metres out. 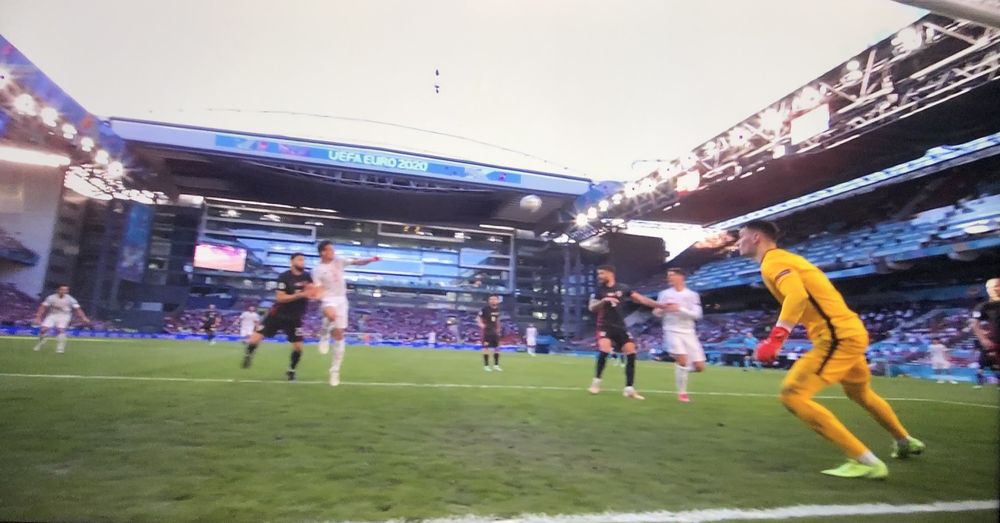 Defender Jock Gvardiol almost made it 2-2 in the 66th minute when Vlašić squared back a ball to him inside the box but his shot, which was heading inside the near post, was excellently saved by Unai Simón.

Dalić made a further changes as Croatia chased a goal, bringing on Mislav Oršić for Rebić and Josip Brekalo for Josip Juranović, but it would be Spain who would extend their lead in the 78th miniute. Ferran Torres was found on the right in the lot of space and he would slip the ball past Livaković.

In a desperate attempt to salvage something, Dalić brought on Ante Budimir and Mario Pašalić and with five minutes remaining Croatia would pull one back when substitute Oršić would score from close range. 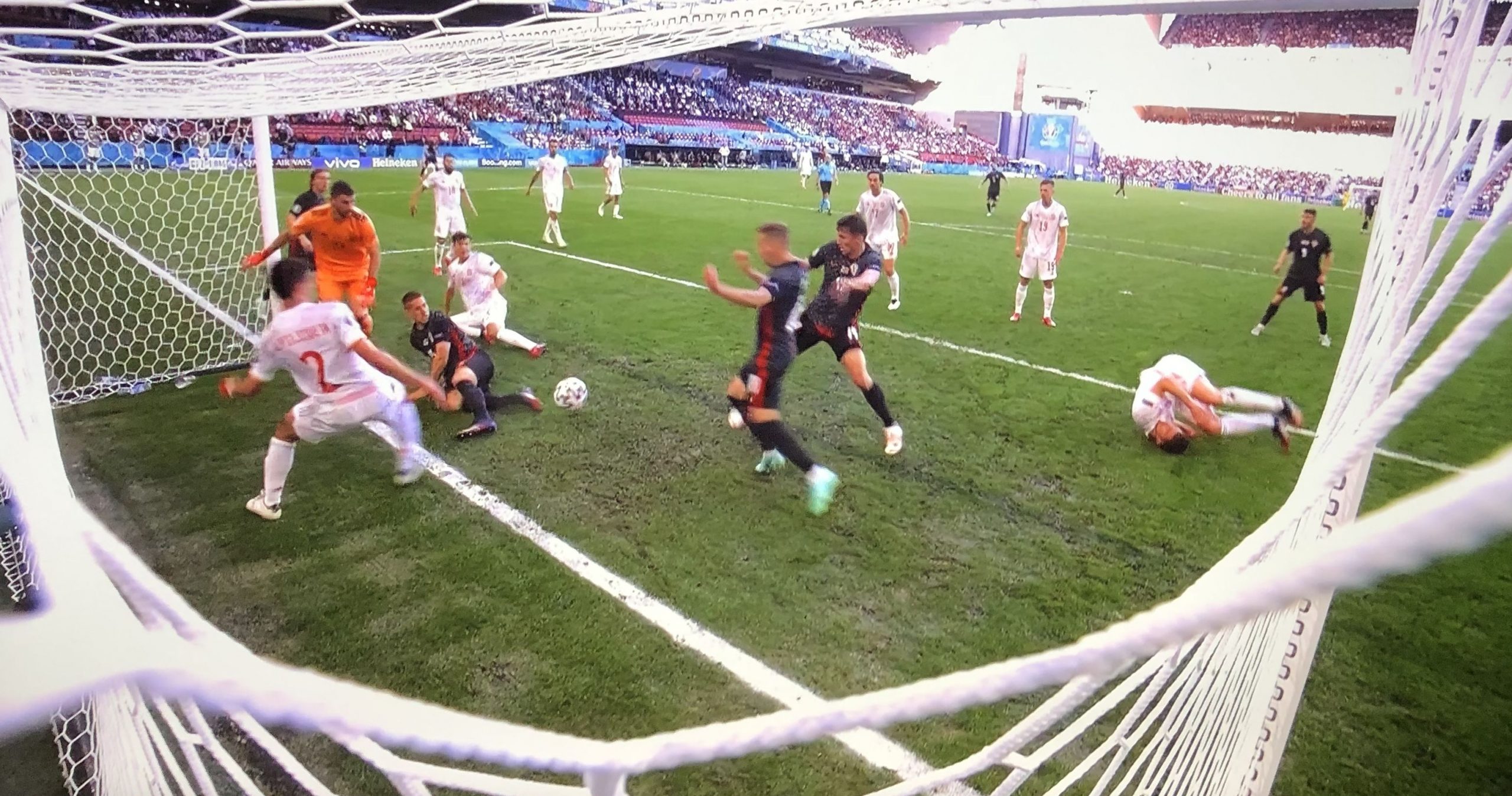 With six minutes of added time shown by the assistant ref, and the crowd behind them, Croatia would find an equaliser in the second minute of stoppage time when Pašalić headed home past Unai Simón from close range after getting on the end of a pin-point cross from Oršić to send the match into extra-time. 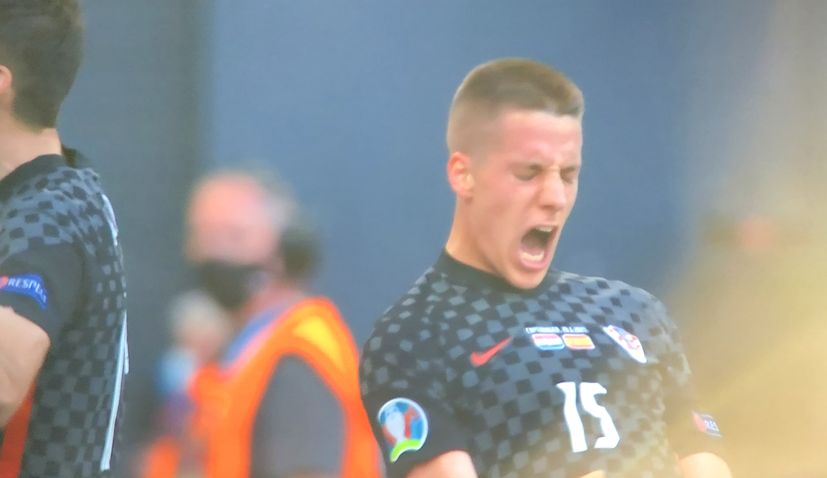 Croatia had the first chance of extra-time when Oršić’s shot from just outside the box shaved the crossbar. In the 95th minute Croatia should have taken the lead when the impressive Oršić beat his defender down the left and crossed and on the rebound Kramarić’s attempt from metres out was saved.

They would be made to rue the chance as Spain went ahead 4-3 in the 100th minute through Morata when he latched on to a Dani Olmo cross from the right that went over the head of Brekalo. The Chelsea striker took a touch before drilling it past Livaković. The game was then killed off three minutes later when Oyarzabel got Spain’s fifth.

Budimir came close for Croatia at the start of the second period of extra-time, but with tired legs, Croatia were unable to stage a second comeback and Spain would advance.