Home » News » Epidemiological situation not the same in all regions in Croatia, minister says 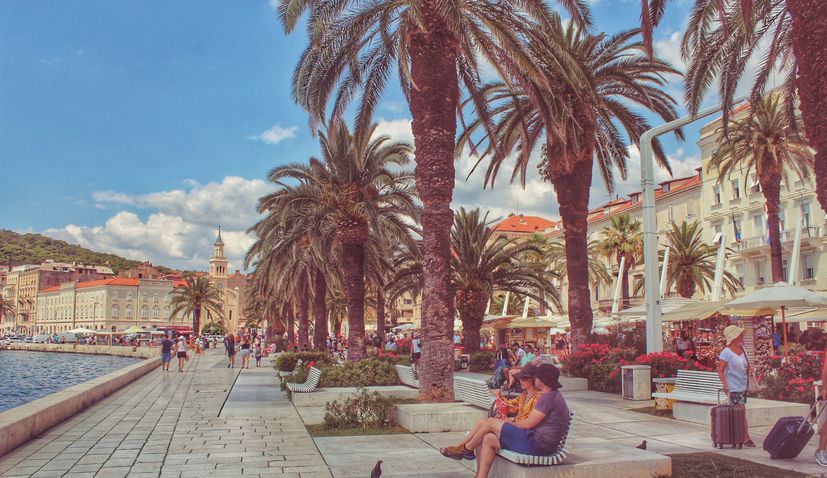 ZAGREB, Aug 14 (Hina) – Interior Minister Davor Bozinovic said about the warnings from abroad concerning a resurgence of COVID cases that efforts were being made to point out the particularity of epidemiological situations in different regions of Croatia.

The situation is not the same in counties where more than a half of today’s new cases were registered or in some others, he underscored.

In counties where there are mostly Austrian and Slovenian tourists, the epidemiological situation is good, Bozinovic told a press conference of the national COVID crisis management team.

He said they were communicating this to authorities in Vienna and Ljubljana.

Two counties are in the red zone, with more than 40 cases in 14 days, and they are Vukovar-Srijem and Split-Dalmatia County.

Other countries are in the so-called orange zone, between 10 and 40, which Capak underscored as a good and favourable situation.

As for comparisons with other EU countries, he said that of the 27 countries we were not at the top or at the bottom, but in the middle, as the 13th country by incidence. The Netherlands, which has introduced measures for us, is below us, as one of the countries with a worse situation.

Commenting on the fact that the number of infected foreigners does not match data from abroad, Capak said that they had data they received officially and that since June there had been 54 persons for whom we had received a notification through the EWRS system that they had become infected in Croatia.

“We communicate with everyone, whoever officially sends us a report, we respond to it and conduct an investigation,” Capak said.

The head of the Fran Mihaljevic Infectious Diseases Hospital, Dr. Alemka Markotic, said on Friday that the general impression of the clinical picture of coronavirus infected people was that they had mild symptoms and that there was a relatively low number of hospitalised patients.

One of the main reasons for this mild clinical picture is that a majority of the infected are young people, she said.

“Young people have to realise that they need to be responsible because of others not just because of themselves. The majority of them probably have milder symptoms of the disease, however, they are not in contact with only other young people and they will have to return home where there are elderly people and the ill, as well as going back to school or university or to their jobs where they will be in contact with other people who are at risk of contracting the virus,” Markotic said.

She added that young people do not have to go without entertainment altogether but they have to be responsible and keep their distance and adhere to hygienic measures.

With regard to the coming autumn and the health system’s capacities, Markotic said that if need be, additional venues can be erected to cater for hospital patients in the Arena hall in Zagreb and tents outside the Dubrava Hospital. Capacities are currently not all filled and the health system is on alert and braces for any possible scenario, she added.

Istria County and Istrian cities called on the Croatian government on Friday to immediately send a request to the Italian government to carry out the obligation to test all arrivals from Croatia selectively, in accordance with the real epidemiological situation in different parts of Croatia.

They called for the same request to also be sent to the Slovenian government, which had announced that all of Croatia could be put on the red list of epidemiologically unsafe countries.

“We are sure that you yourself understand that such a unilateral move by Italy, as well as announcements from Slovenia, are seriously jeopardising the tourist season, especially at a time when tourist arrivals are most numerous and a large proportion of guests are from Italy and Slovenia themselves,” representatives of Istria county and cities said.

They underscored that Istria was keeping the health situation under control, just as it had been in the previous months, and that it had great results in tourism and the biggest portion of Croatia’s overall tourism turnover, as a result of great effort and responsibility of all Istrians.

“Our county is safe health-wise and successful in tourism – we call on you to enable it to stay that way,” Istrian officials said, noting that the state budget, which had already suffered a massive blow because of the crisis caused by the coronavirus, also depends on the results of the tourist season.

They, therefore, request that at the moment when Dalmatia’s epidemiological situation has significantly worse, it should be made possible for Istria, as a safe destination, to save Croatia’s this year’s tourism results.

A prompt reaction by the government, the Foreign and European Affairs Ministry and the Tourism Ministry to Italy’s decision and Slovenia’s announcement has also been requested by the Istrian Democratic Party (IDS).