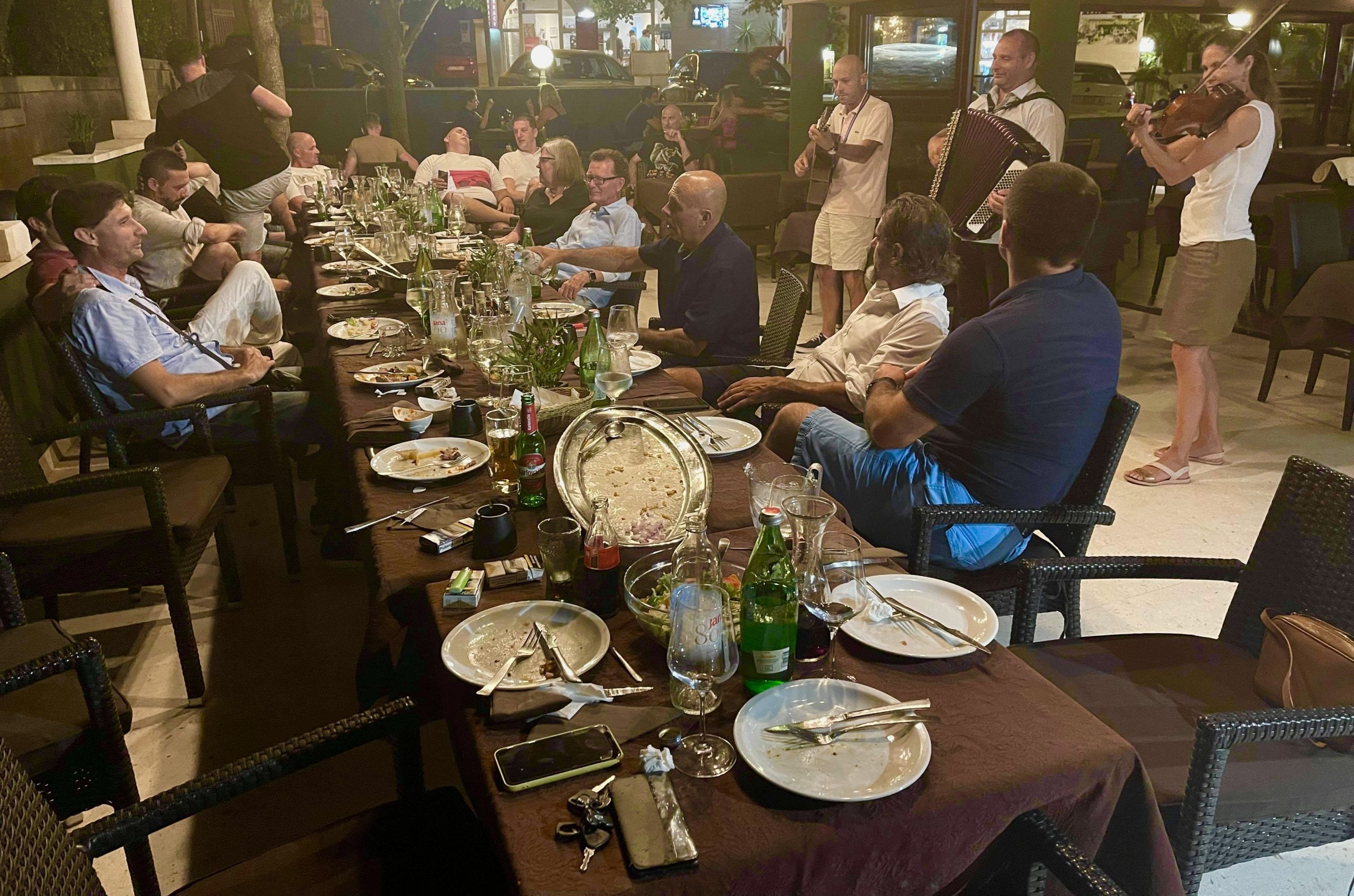 DUBROVNIK, 13 July 2021 – The humanitarian group “Tata je Tata” has hosted Ana Strazicic Rodriguez, a member of the executive committee of the Croatian World Congress USA from New York and Niko Hazdovac, head of the Libertas Foundation in Los Angeles in Dubrovnik.

The reason for their gathering was the recent humanitarian Croatian Fest in New York, and Ana and Niko personally handed over the collected donation raised on that night.

Visibly touched by the emigrant’s love for the homeland, the members of the group “Tata je Tata” once again thanked everyone who participated in this action in any way.

Prof. Ivica Hajdić, a member of the group “Tata je Tata”, said on the occasion:

“The amount of love of our diaspora for the homeland is incredible. Sometimes it seems unreal to me. I guess the motherland feels and loves better from afar, and as a result, that special spark of patriotism in our emigrated Croatia awakens and cries out for a home. Niko Hazdovac on the West Coast and Ana Stražičić Rodriguez on the East Coast of the USA, known to all as Ana Mljećka, have been working for years on the trail of Croatian pride and patriotism. They recognised the work of our humanitarian group “Tata je Tata” from Dubrovnik, which helps needy families with children, and which helped and stood out with humanity in the last six months in the earthquake-damaged area of Banovina, where we went fourteen times as a group to help. territory. 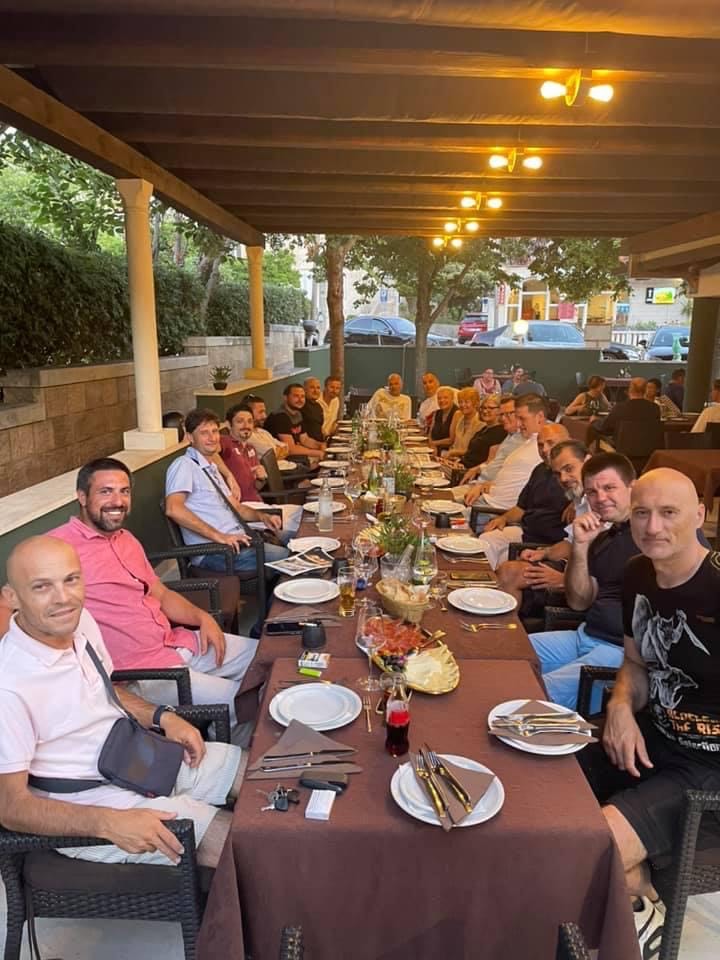 We concluded a good cooperation with our Croatian diaspora, namely with Ana Mljećka and Niko Hazdovac as part of the Croatian charity fest under the auspices of the Croatian World Congress USA, with a pleasant dinner and socialising last weekend at the restaurant “Lapad”, owned by Dubrovniker and great humanist Mr. Damir Ragu who really hosted us with a top quality barbecue and sač. 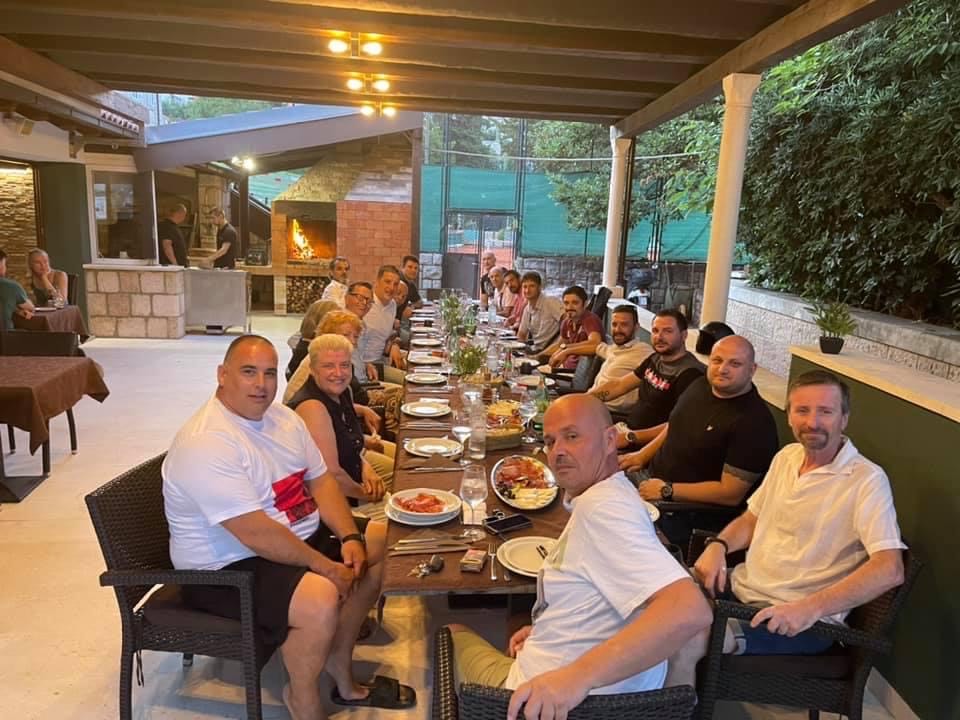 On behalf of the group “Tata je Tata”, Ana and Nika, who recognised our work, were given special gifts: a plaque of thanks from our group, and a book about “Banovina” where our group has especially helped families with children in recent months and where several house, directly and indirectly through our group and where specifically to a single father of five sons a house was bought. 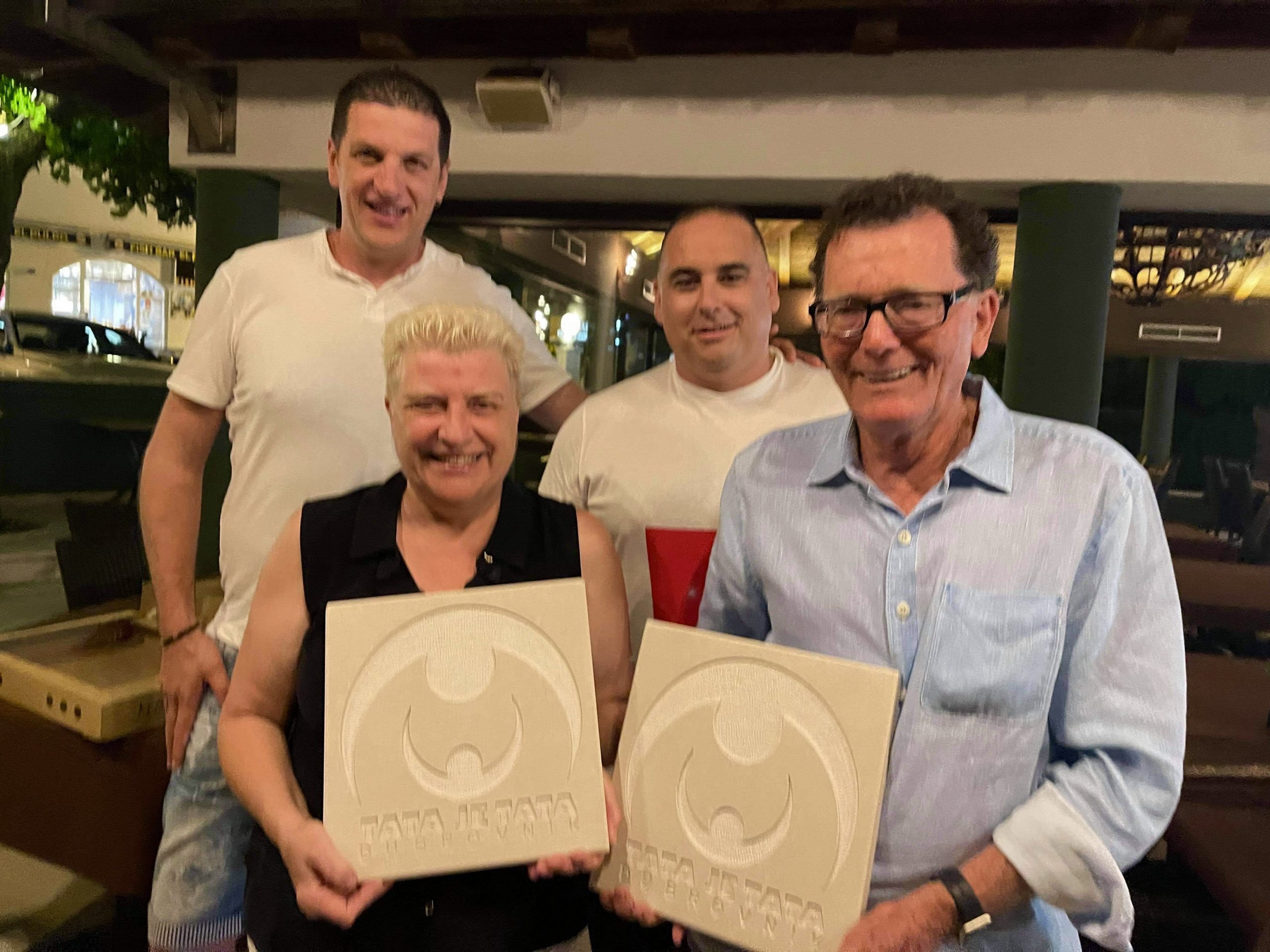 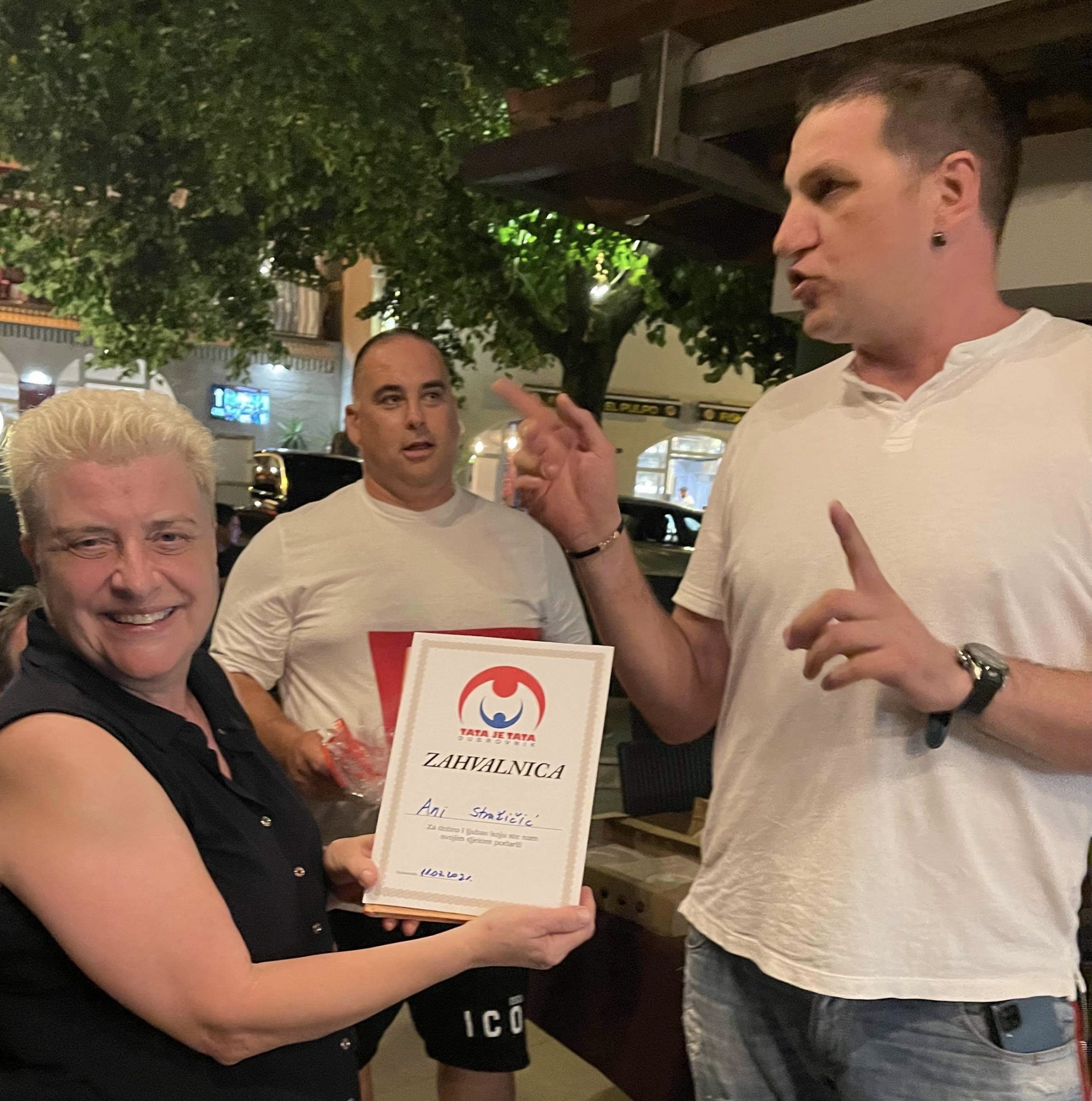 In addition, Niko and Ana were also presented with stone souvenirs marked “Tata je Tata” made for free by Mr. Mihovil Šuljak, to whom we sincerely thank once again. Many thanks to our friend and member Josip Šljuka who donated to our friends and ambassadors of goods from America Niko and Ana, his legendary sailing boats, the well-known “Sail” with Croatian checkers motif that always reminds them of their homeland. 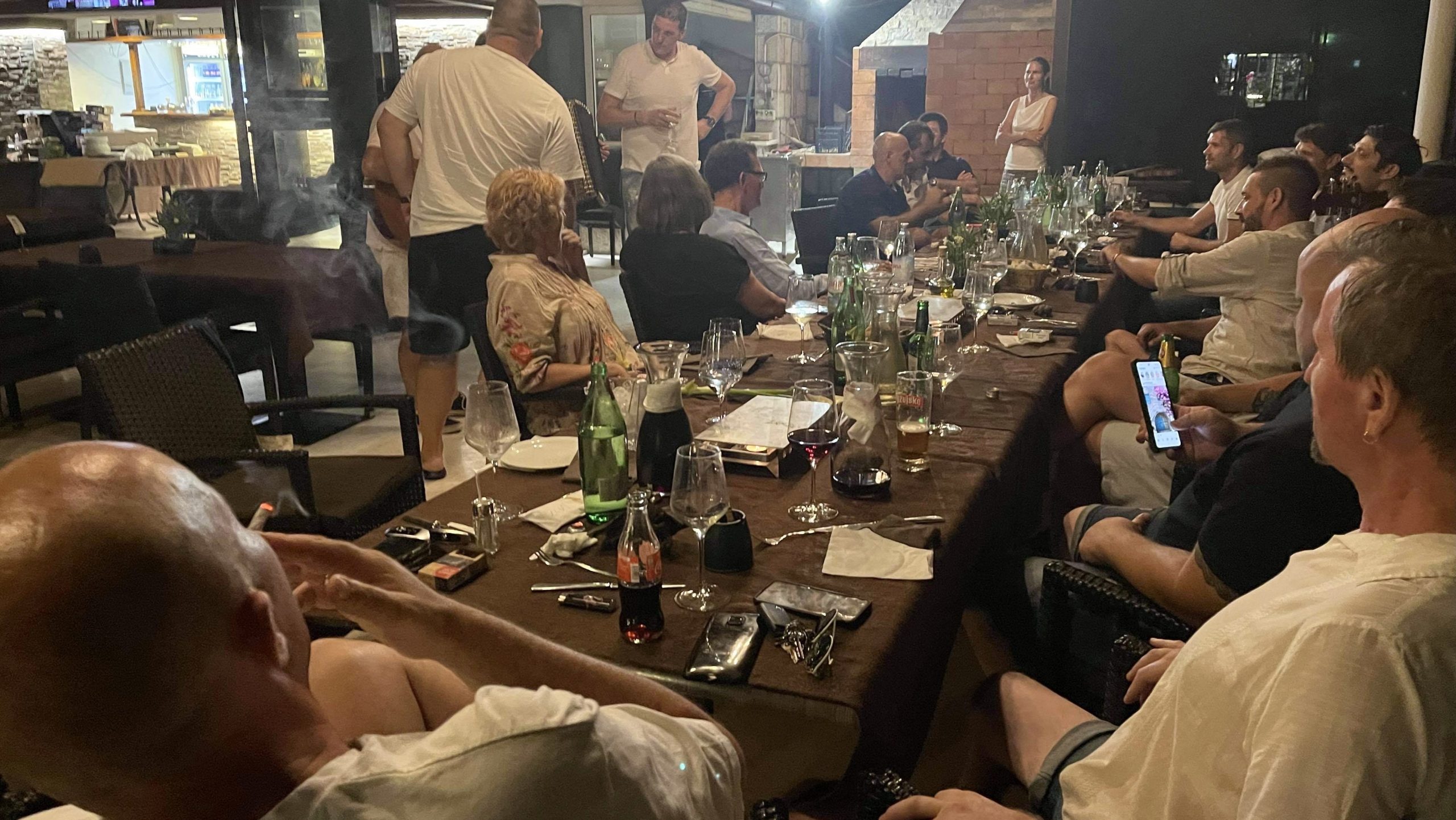 Since Niko has been providing scholarships to craftsmen from the Dubrovnik area for years through the Libertas Foundation, cooperation has been agreed with our group in that area as well.

On the other side of the ocean came the awards of the Croatian World Congress USA for the promotion of Croatia and long-term humanitarian work, which were presented at this special evening to Jany Hansal, our great and famous humanitarian who was a guest that evening and to Niko Hazdovac. 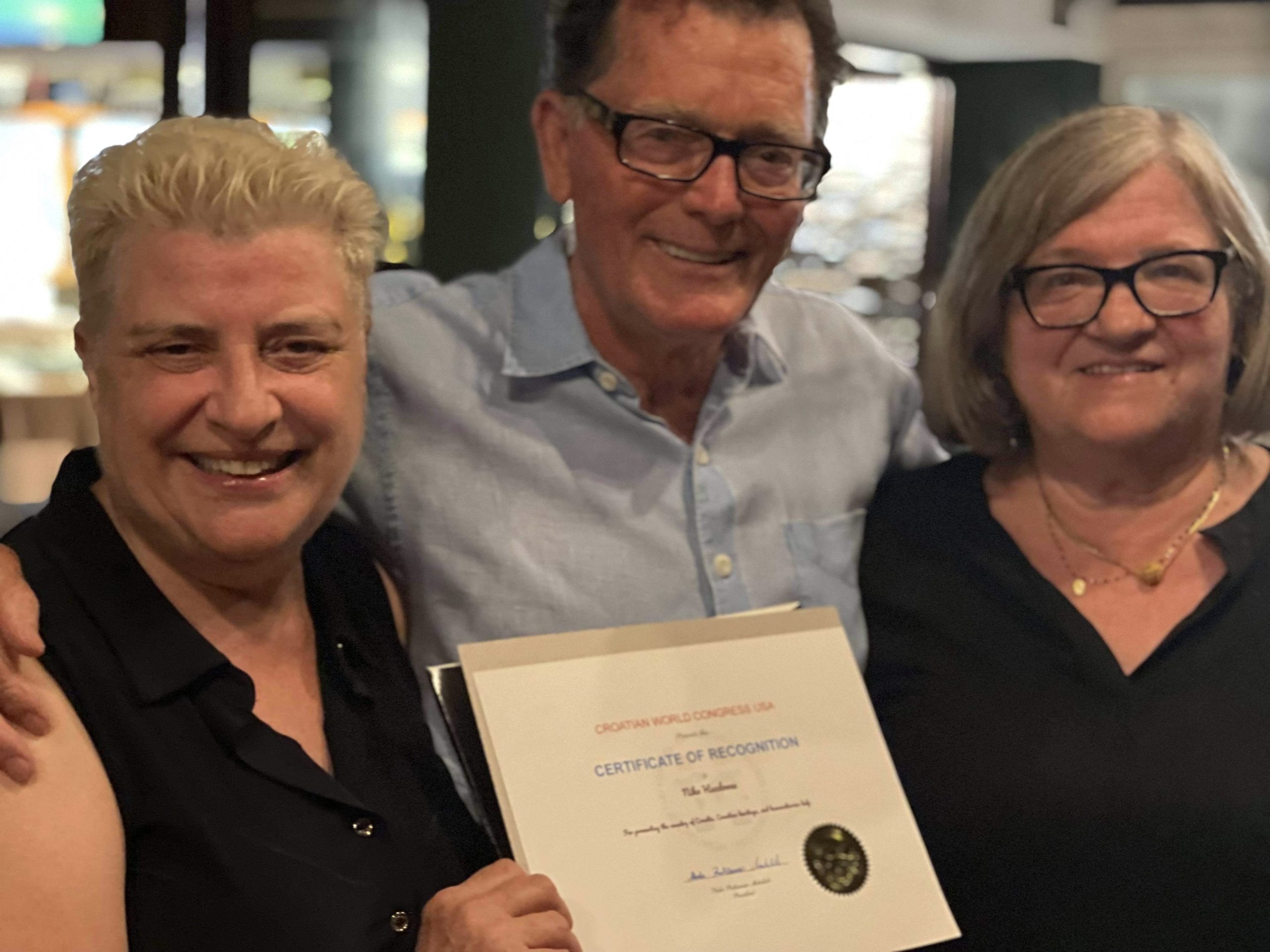 The Pavlović couple took care of everything in the style of Mljet, Konavle, Dubrovnik and the Dubrovnik area with an accordion and a violin, along with our tireless Antonio Grdović, so that apart from food, drinks and Croatian togetherness, our local songs were not lacking. 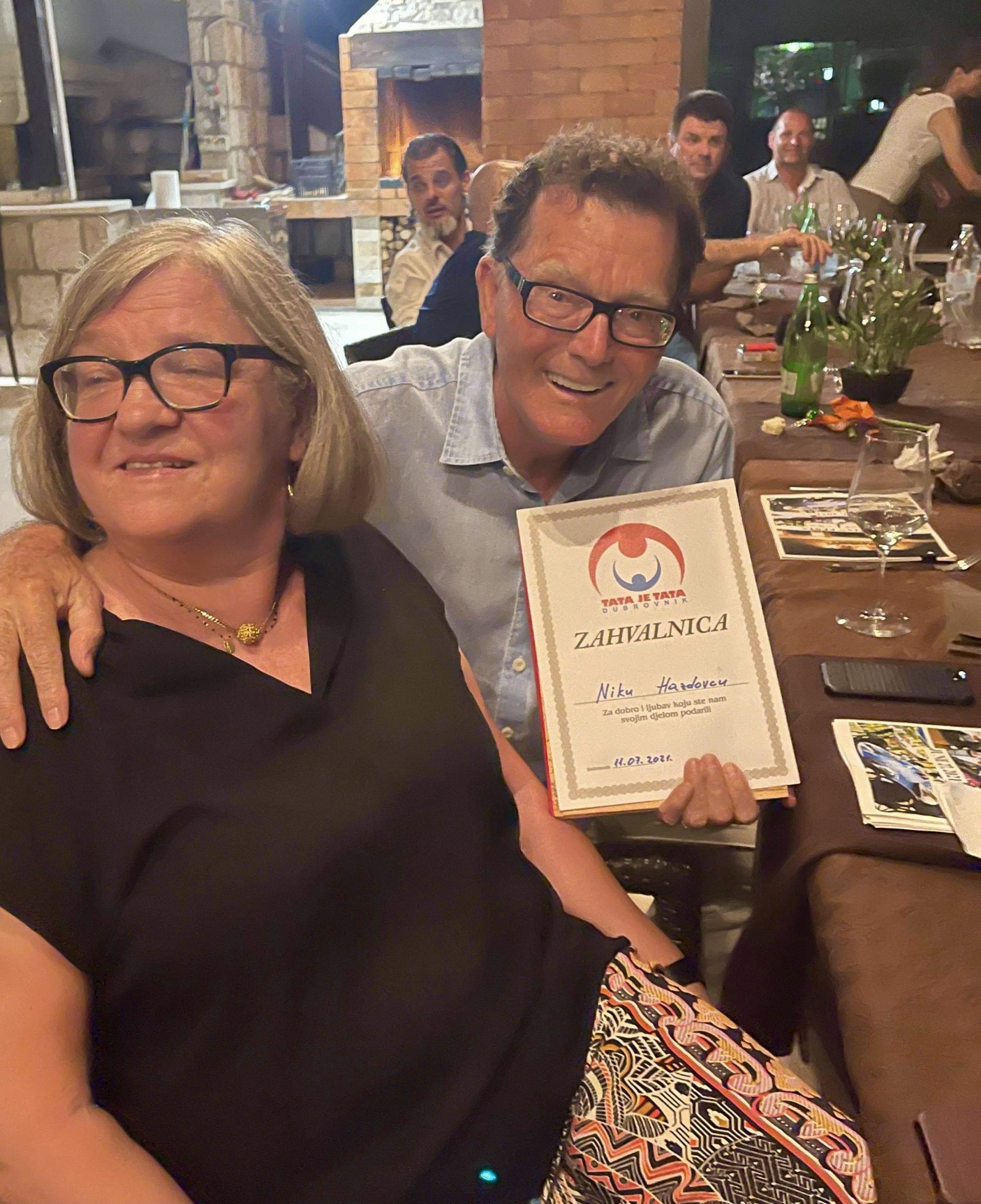 In any case, a beautiful and successful cooperation between our group and the Croatian diaspora, which will continue. This essentially shows how much mother Croatia needs its emigrated Croatia, because it is precisely the emigrated Croatia that is our best ambassador and our greatest strength on which we must and can build our Croatian unity.

What to say, how to end, but with a song that symbolises our Croatian unity: “Samo nas nebo rastavit može, i ništa više i ništa više…”