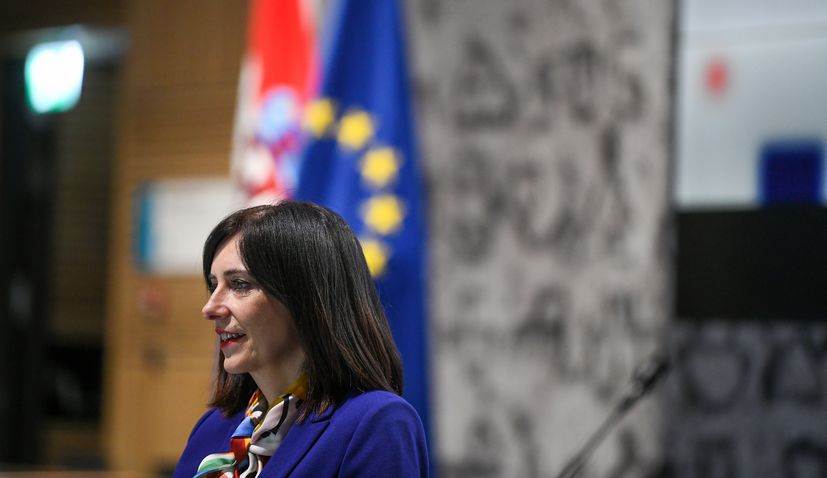 The projects, to last 18 months, are worth HRK 14 million and will be financed by the Croatian Science Foundation (HRZZ), which invited applications on March 20.

The call for applications was aimed at better understanding coronaviruses, specifically, SARS-CoV-2 and the infectious disease COVID-19, responding to crises during and after coronavirus epidemics, and organising distance education at all levels.

The chairman of the HRZZ Steering Committee, Dario Vretenar, said 98 projects were submitted and that 11 were selected as part of an international evaluation. He added that the HRZZ would invite applications for more projects in the autumn.

PM: The government has exceptional confidence in scientific community

Prime Minister Andrej Plenkovic attended the awarding of the contracts, saying the government had exceptional confidence in the Croatian and global scientific communities. He said the government was making its decisions based on scientists’ estimates, including decisions on the corona-crisis.

Speaking of the COVID-19 pandemic, he said “we must admit that we have relaxed in adhering to the measures which we may call HDD – hygiene, disinfection and distancing.”

As for the projects, he said they were an excellent and prompt response as well as a combination of the academic community and actual social problems.

Science and Education Minister Blazenka Divjak said national research was important, as was the participation of Croatian scientists in international projects.

She said the winners in the recent economic crisis were states which had recognised the importance of financing science but regretted that Croatia had not been among them then.

Today’s event shows that we have taken a different path, following the example of those victorious countries, she said.

Of the 11 best-ranked projects, seven pertain to biomedicine and four to society’s responses.