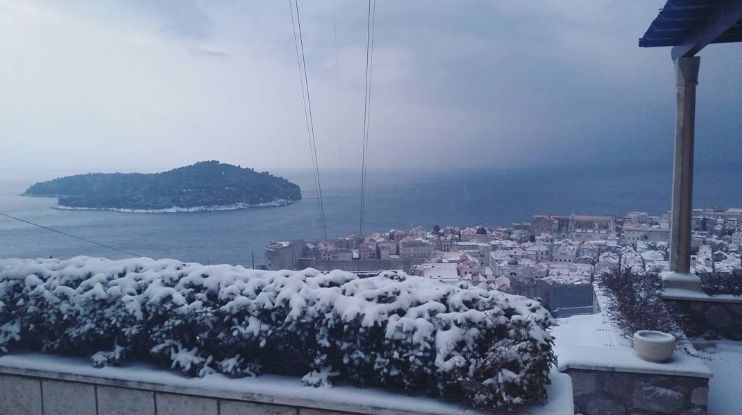 A rare sight on Wednesday morning in Dubrovnik on Croatia’s southern Dalmatian coast as a blanket of snow greeted residents first thing.

It was not only snow which welcomed locals this morning, there were freezing temperatures also. At 7:00 am temperatures were recorded at -3.2 °C. The last time it snowed in Dubrovnik was 8 years ago.

Overnight snow had left its mark on the picturesque city.