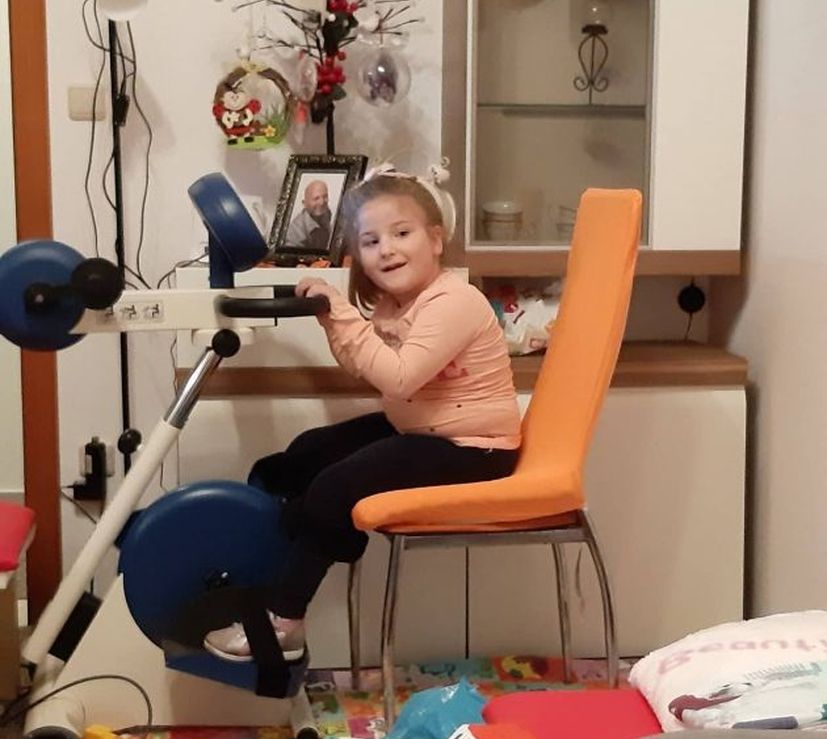 The family of 6-year-old Dubrovnik girl Gordana-Goga Knego says they have been blown away with the support and how big the hearts are of Croatians abroad after a GoFundMe was launched earlier this year to help her walk.

Earlier this year we featured Goga’s story. She was born in the 30th week of pregnancy, weighed 1410 grams, and was 41 cm. The first 4 months of her life she spent in hospital on a respirator because of respiratory pneumonia.

But the real fight begun after that period as her life was in danger several times. Goga had many therapies with minimal progress until she started with therapies in Polyclinic Glavic in Dubrovnik.

When Dr. Josko Glavic found out about Goga he provided 30 weeks of free neurorehabilitation. The next cycle of therapies would cost the family €16,000 (120,000 HRK).

Goga’s father passed away two years ago at the Dubrovnik Hospital as a result of a ruptured cerebral aneurysm. The family was left alone in a rented apartment on the second floor of a building without an elevator with a total monthly income of €570-610 € (4300- 4600 HRK) without a father who worked day and night to get his little girl on her feet. 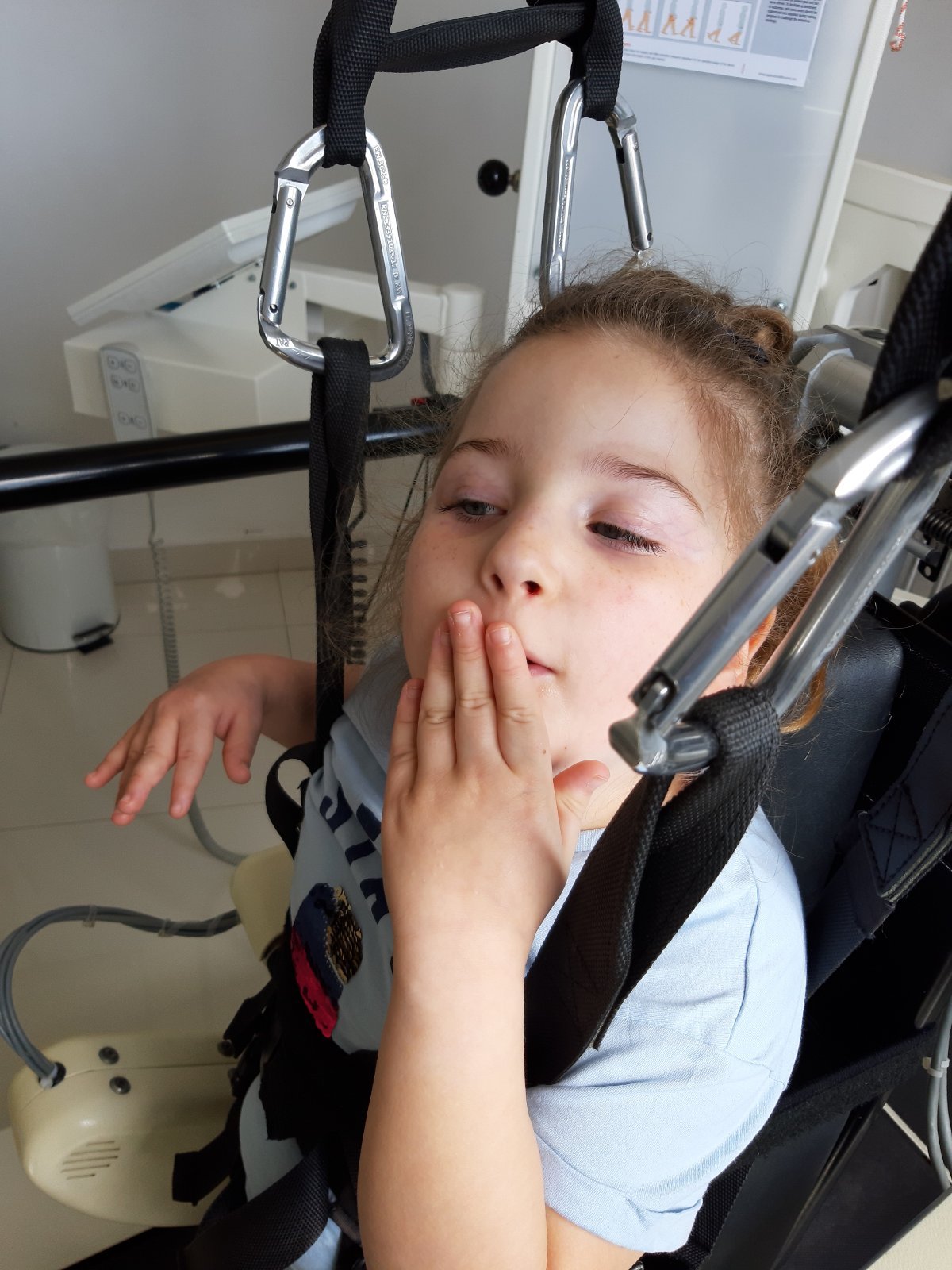 Private therapies at home, orthopedic aids, and shoes need to be paid for by the family because the Croatian Health Insurance Institute approves the amount for shoes twice a year, and in one cycle of therapy, Goga needs two pairs of shoes worth €68 (1260 HRK).

The family set up a GoFundMe to help raise money for further treatments for Goga and the response has touched the family, particular from the donations coming in from Croats abroad.

“I would like to tell you a story about the spirit of Christmas and kindness that came from Croatia Week and a group of Croats on Facebook who saw our appeal on your portal and started an avalanche,” the Ostojić-Knego family tells us, before continuing.

“A few months ago, you wrote about our little Goga who is a child with difficulties and numerous diagnoses, and her primary is cerebral palsy. Until she started expensive robotic therapies, she couldn’t open her arms, sit or talk.

Unfortunately, her father died a month before she turned 4 and couldn’t hear his little girl saying the first words, but we’re sure he’s following us from heaven and praying for us, that he’s proud of every step of our little girl.

So far, good people have helped us in action so our Goga is going to rehabilitation, and we are immensely grateful for that, but we have to thank you so publicly for your portal and all the people outside Croatia.

I want to thank Mr. Robert Jerin and the Facebook group “Croatian Heritage and Genealogy” because in less than 2 days the crowdfunding campaign increased from €2,800 to €4,500 to almost half the amount needed for our Goga to continue with rehabilitation.” 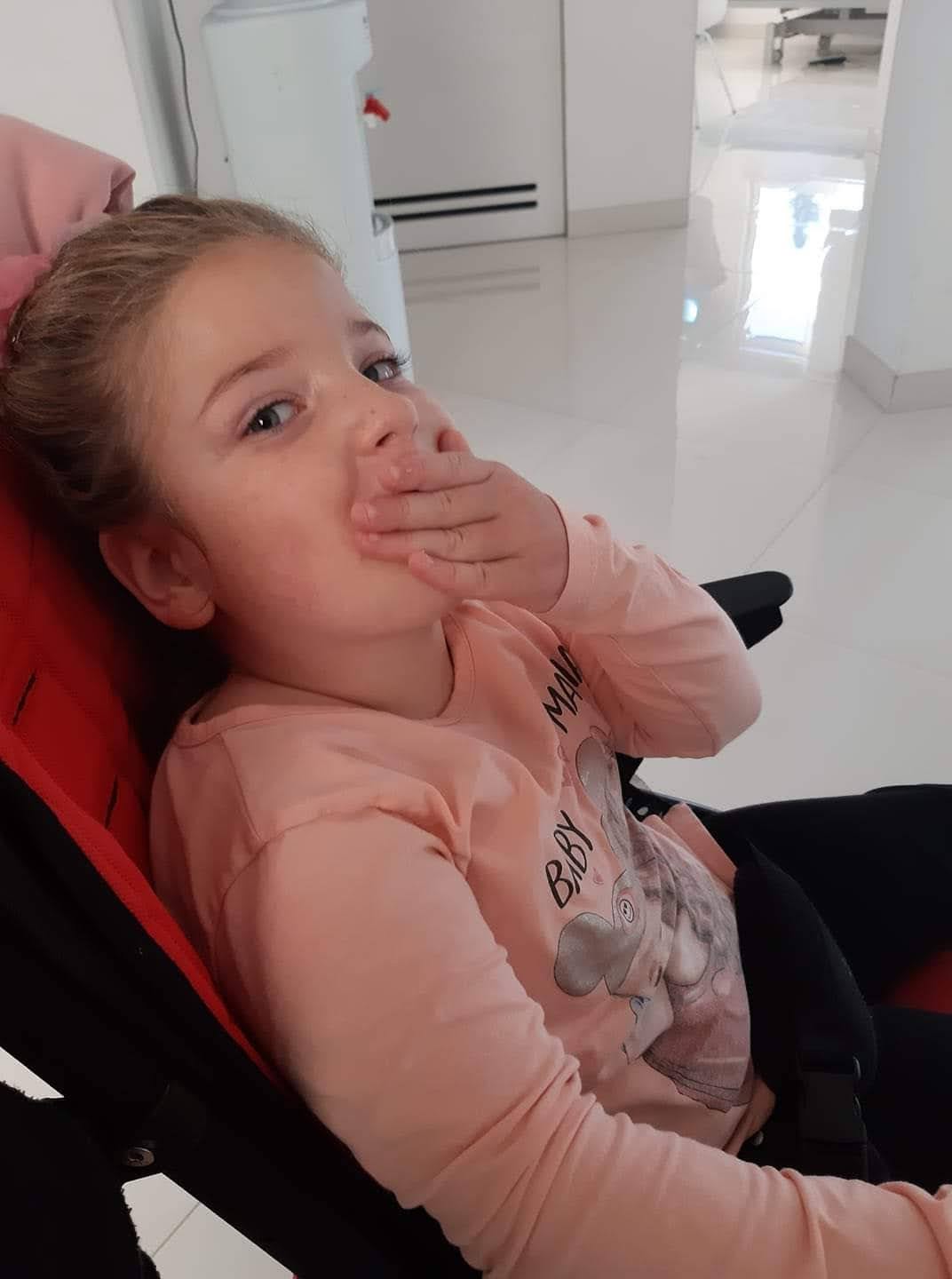 You can visit the GoFundMe page here – https://gogetfunding.com/for-every-step-she-makes/