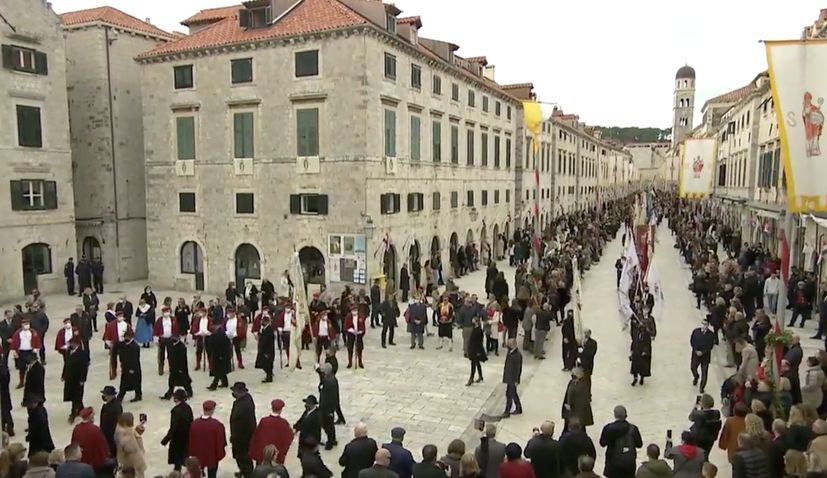 3 February 2021 – For the 1,049th year in a row, the feast of Saint Blaise, the patron saint of Dubrovnik, is being celebrated today in the Dalmatian city.

The 3rd of February is the biggest day of the year in Dubrovnik and festivities, which traditionally kicks off with the traditional release of white doves and the raising of the patron saint’s flag in front of Saint Blaise’s Church, are different this year due to respecting the prescribed epidemiological measures.

Thousands usually take park in traditional processions, flag waving, rituals, singing and performances dating back centuries but this year 250 people are allowed to participate in the central Eucharistic celebration and procession. 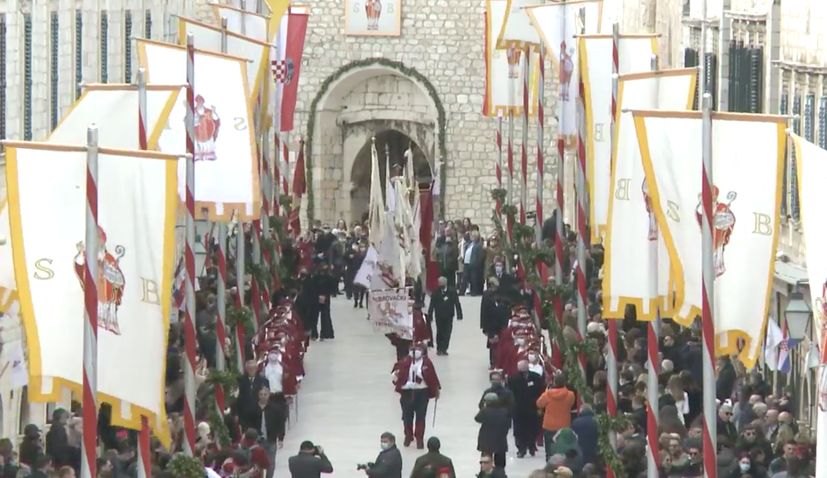 People are invited to follow the celebration from their homes via the Internet as celebrations will be broadcast on the website and Facebook of the city of Dubrovnik. 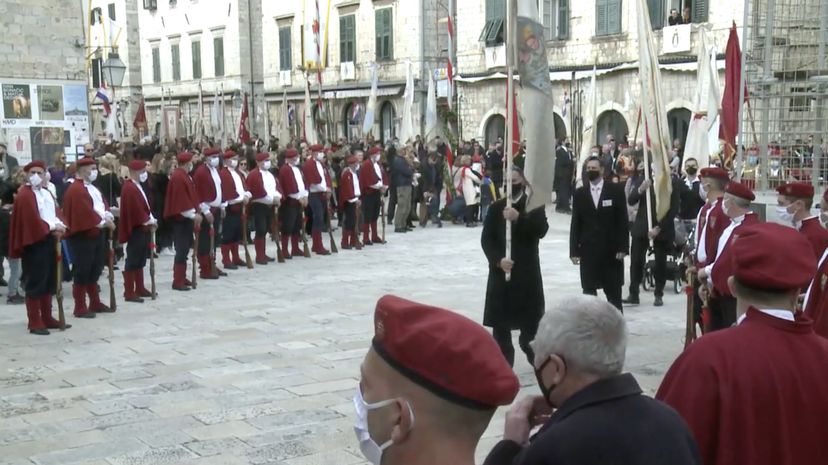 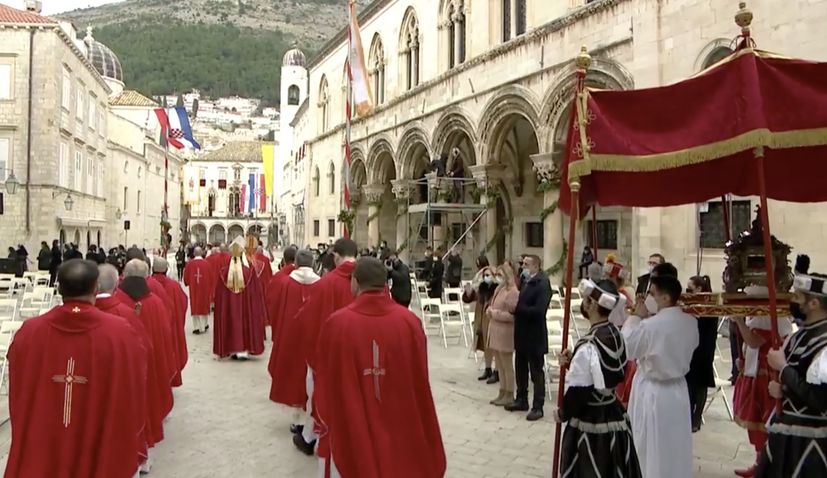