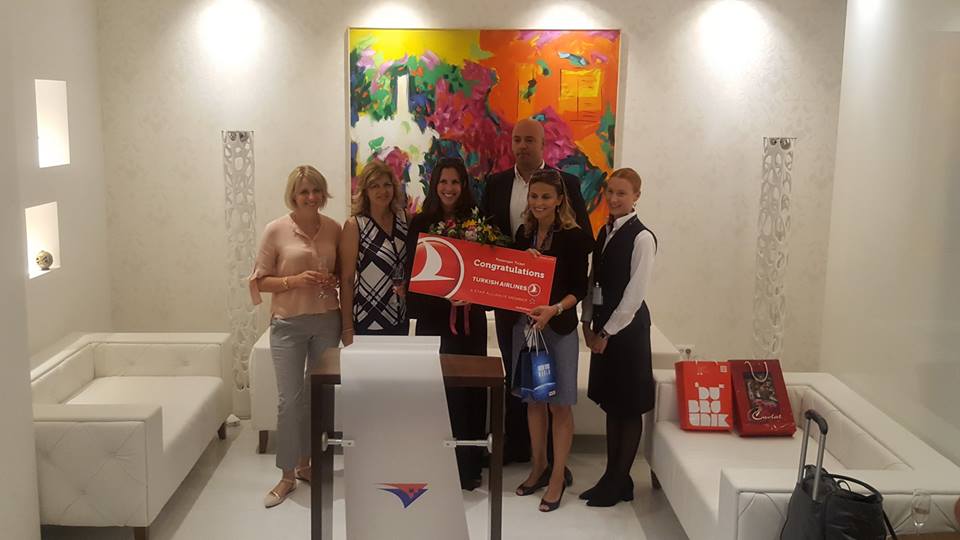 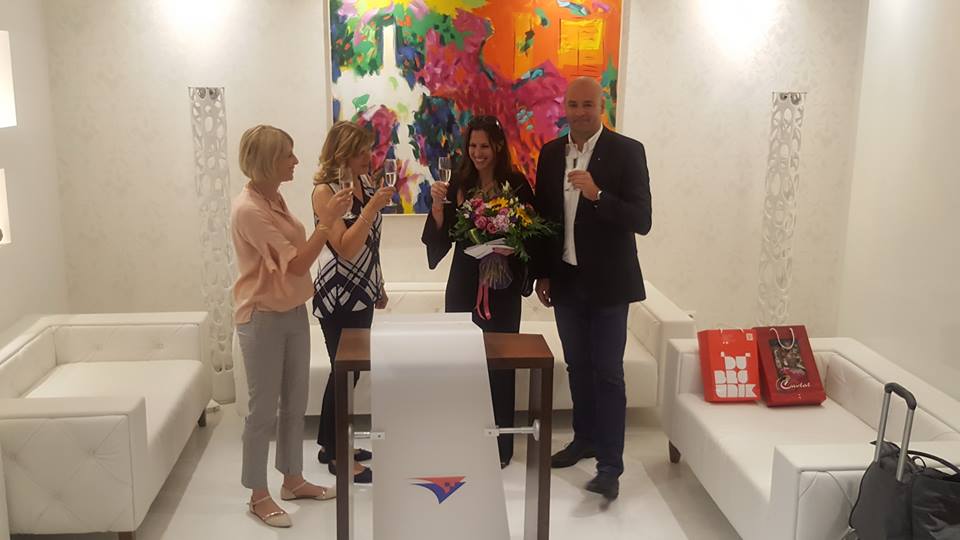 Heather Noelle Rhine was greeted by staff and presented with gifts as she arrived on Thursday. 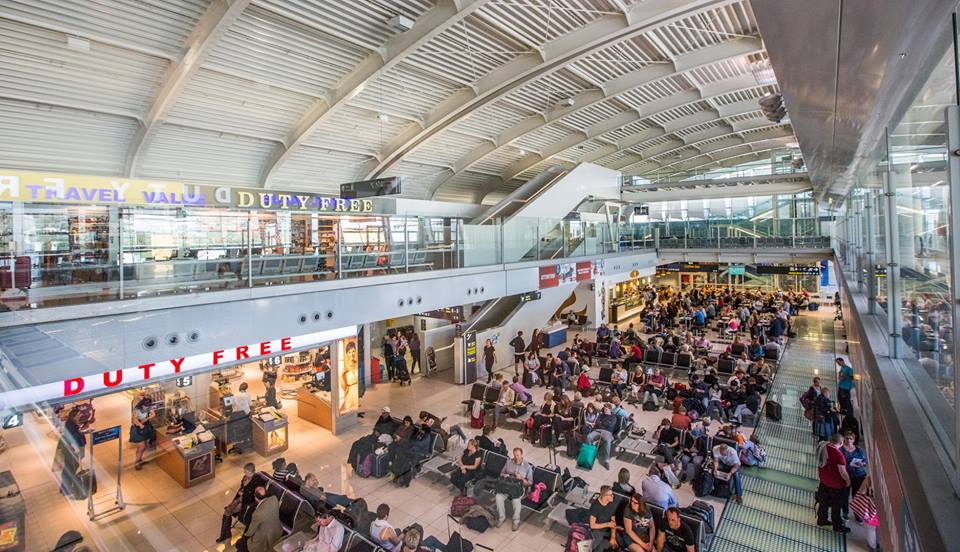 Been a record-breaking season at Dubrovnik Airport