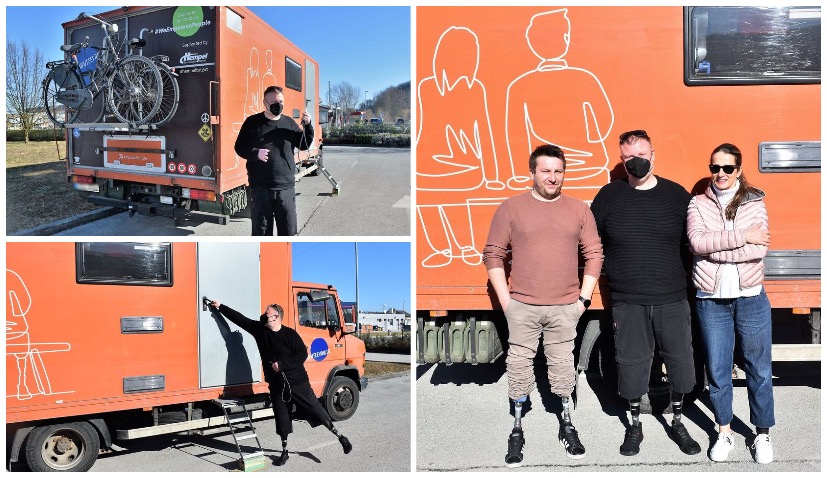 Dirk Haus arrives in Croatia on his round the world venture

ZAGREB, 10 February 2022 – Dirk Haus, a 49-year-old IT professional from Germany who has had both lower legs amputated, decided to venture on a unique journey from Germany to China and back in a truck that he completely remodelled and equipped himself so that he could stay in it.

He embarked on this trip a week ago, and today he arrived in Croatia, the fourth country out of 21 countries he will visit on a 10-month journey.

Before he got meningococcal sepsis with Waterhouse-Friderichsen syndrome in 2014, followed by amputation of both his lower legs, Dirk camped pretty much all over the world. Dirk Haus in front of his truck-camper

After the surgery, it took him a while to find a new way to practice his love of travel. After realising that a truck adapted to his needs was the right solution, he also adopted some new life values.

“Working as an IT professional, I traveled a lot around the world, but I didn’t have much time to visit people and learn about cultures. I can do it now. After surgery and rehabilitation, I changed my outlook on life and learned to appreciate more some common things that we take for granted,” Dirk explains, before adding.

“An additional motivation for this trip is to send a message to people with disabilities and those without disabilities. The message is “Always is now”, in fact a thought taken by Sam Harris, an American philosopher and neuroscientist, which has become one of my guides in life. I think that for happiness, one should focus on the moment and enjoy it. It would be wonderful if our trip would motivate other people with disabilities to follow their dreams and overcome their fears.” Dirk will be supported on this complex journey by Ottobock, a world leader in the development of products for people with reduced mobility, through the engagement of orthopaedic technicians at some road stations in Europe and Asia. Dirk House uses Taleo’s state-of-the-art prosthetic feet, which allow him to move like other people, and occasionally uses a Motus wheelchair. 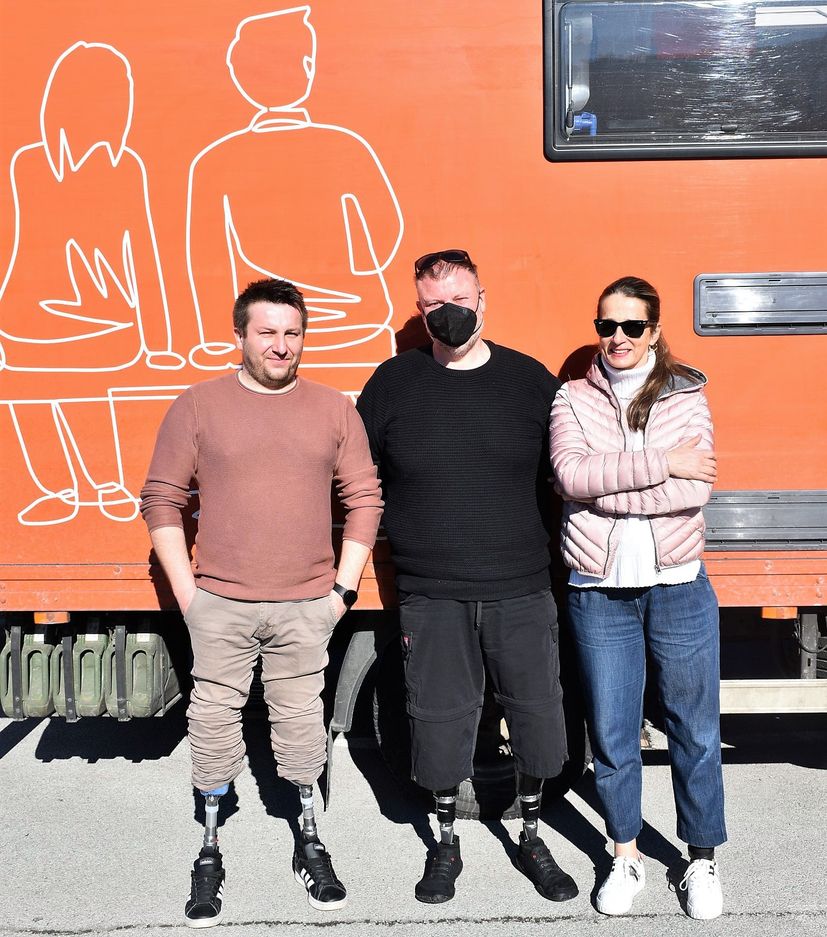 During the meeting, they had the opportunity to see a 26-year-old Mercedes Benz truck for which Dirk himself designed the interior and largely created it to suit his degree of disability. So in a seemingly small truck / camper there is enough space for a shower, a large comfortable bed 160 cm wide, a kitchen and space for wheelchairs.

“This is a truly unique story from the beginning. First, it takes courage to decide on such a 10-month trip, and at the same time, Dirk himself designed it all. This only shows that nothing is impossible and that physical limitations should not prevent us from doing what we want to do in life,” said Ana Sršen.

Matija Tenšić exchanged experiences with Dirk in the use of aids, and since he himself traveled to many countries while driving a truck, he gave him valuable advice.