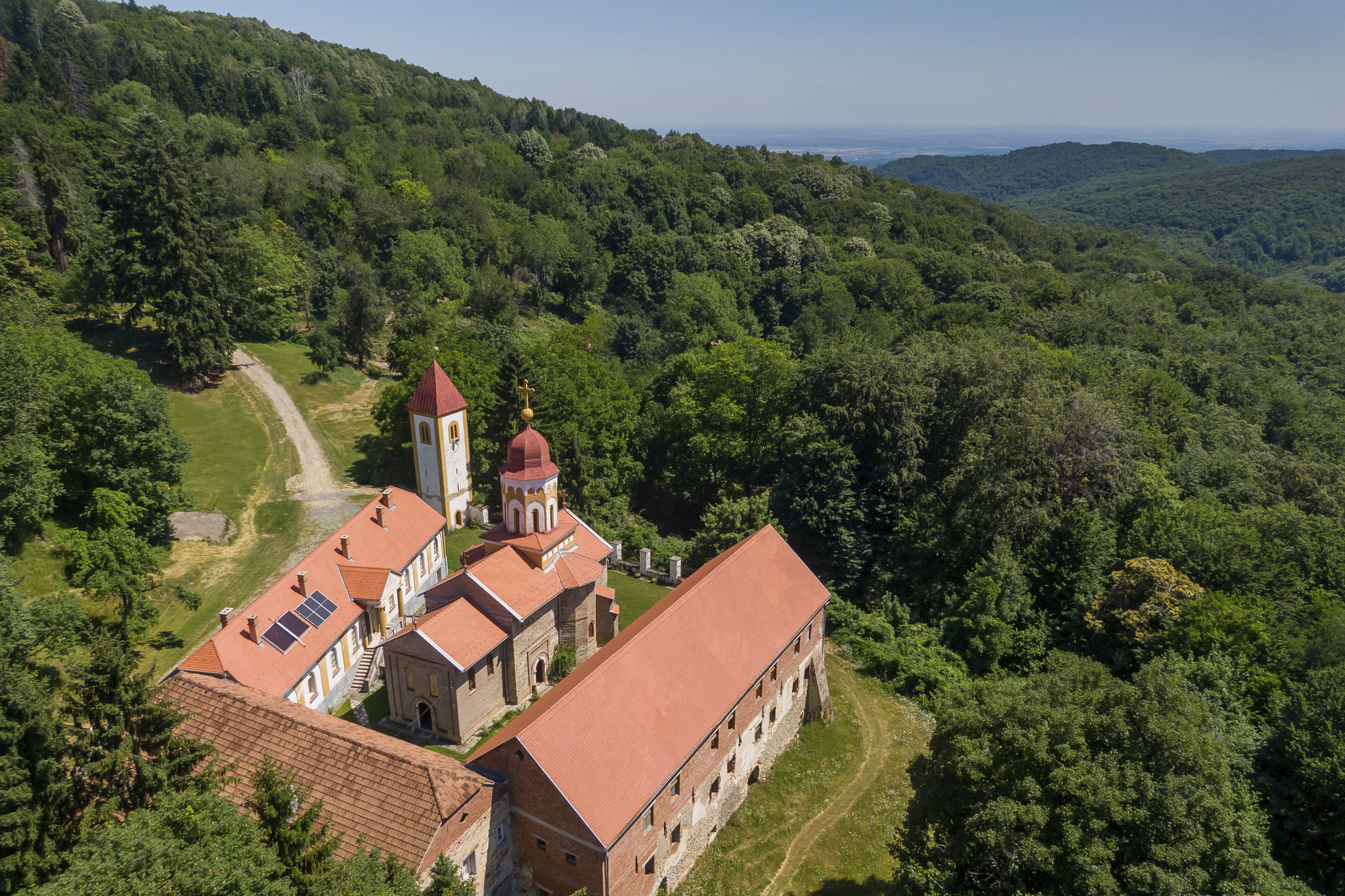 On the eve of the Feast of Assumption of the Blessed Virgin Mary (Velika Gospa), on 15 August, we take you along the Sacred Route, which passes through the most beautiful parts of Virovitica-Podravina County in eastern Croatia. Enjoy the beauty of the architecture fused with the gentle landscape

In terms of beauty and wealth, it can compete with the most famous cultural routes in Europe. It is not too long, you can visit it in a few days, it is full of legends and stories, it passes through city centres, picturesque villages and the most beautiful parts of Podravina and Slavonia.

With a dozen churches, the Sacred Route of Virovitica-Podravina County is a real discovery for lovers of culture, architecture, ethnography, history, nature, recreation, spiritual types, believers, pilgrims… Through five stories we discover only part of its beauty. 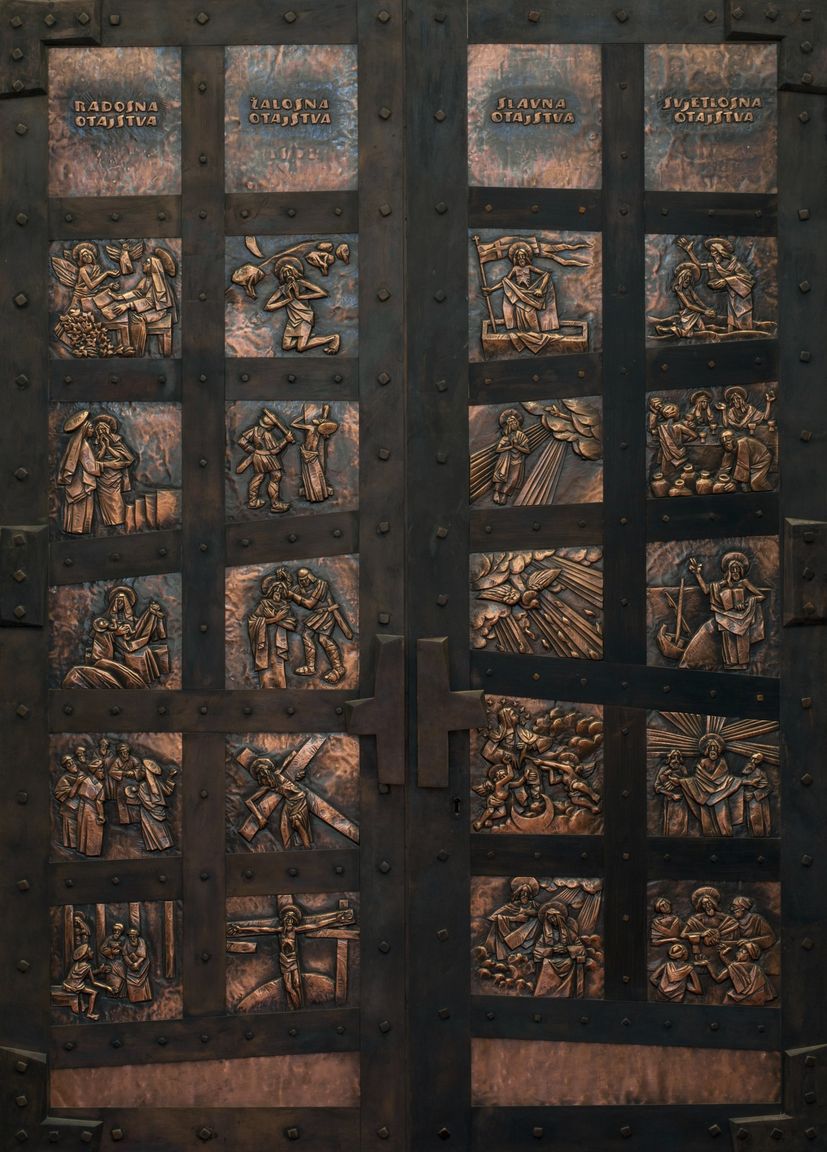 A magical blend of superior art and nature

The Church of the Visitation of the Blessed Virgin Mary in Voćin on the slopes of Papuk is one of the most beautiful Croatian Gothic monuments, the interior is dominated by works by famous Croatian artists such as the main entrance door of academic sculptor Hrvoje Ljubić and a large wooden cross by academic sculptor Šime Vulas. 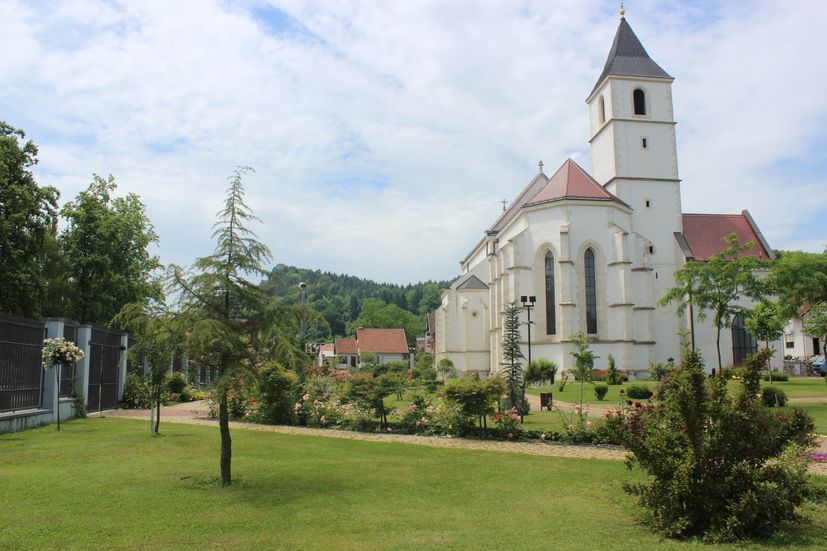 Church of the Visitation of the Blessed Virgin Mary in Voćin (Photo credit: Danijel Jager)

In the fascinating arboretum that surrounds the church, plants from as many as five continents have been planted, so when you see all this it is hard to imagine that on December 13, 1991, the church was demolished to its foundations. Its restoration by the method of facsimile reconstruction lasted from 1996 to 2011, and today it is known for the traditional pilgrimage of families with children on the feast of the Assumption. 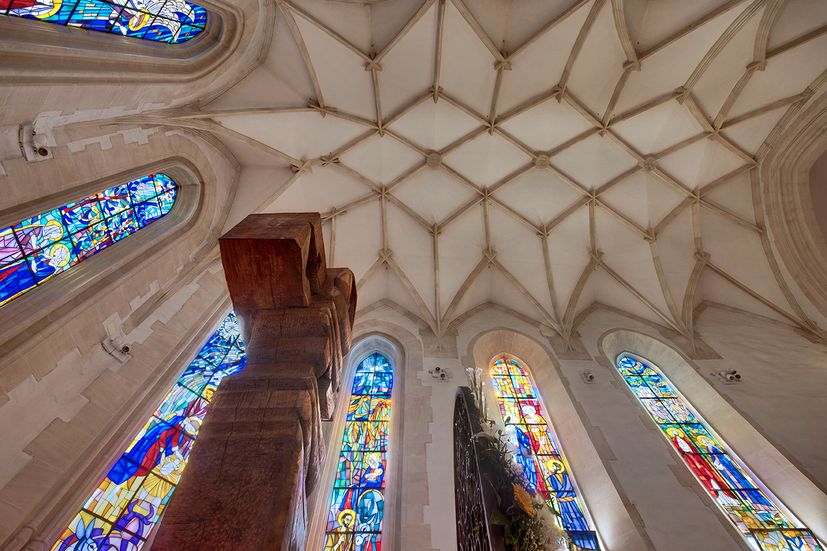 Inside the Church of the Visitation of the Blessed Virgin Mary in Voćin (Photo credit: Saša Pjanić)

The church in Suhopolje is a testimony of love 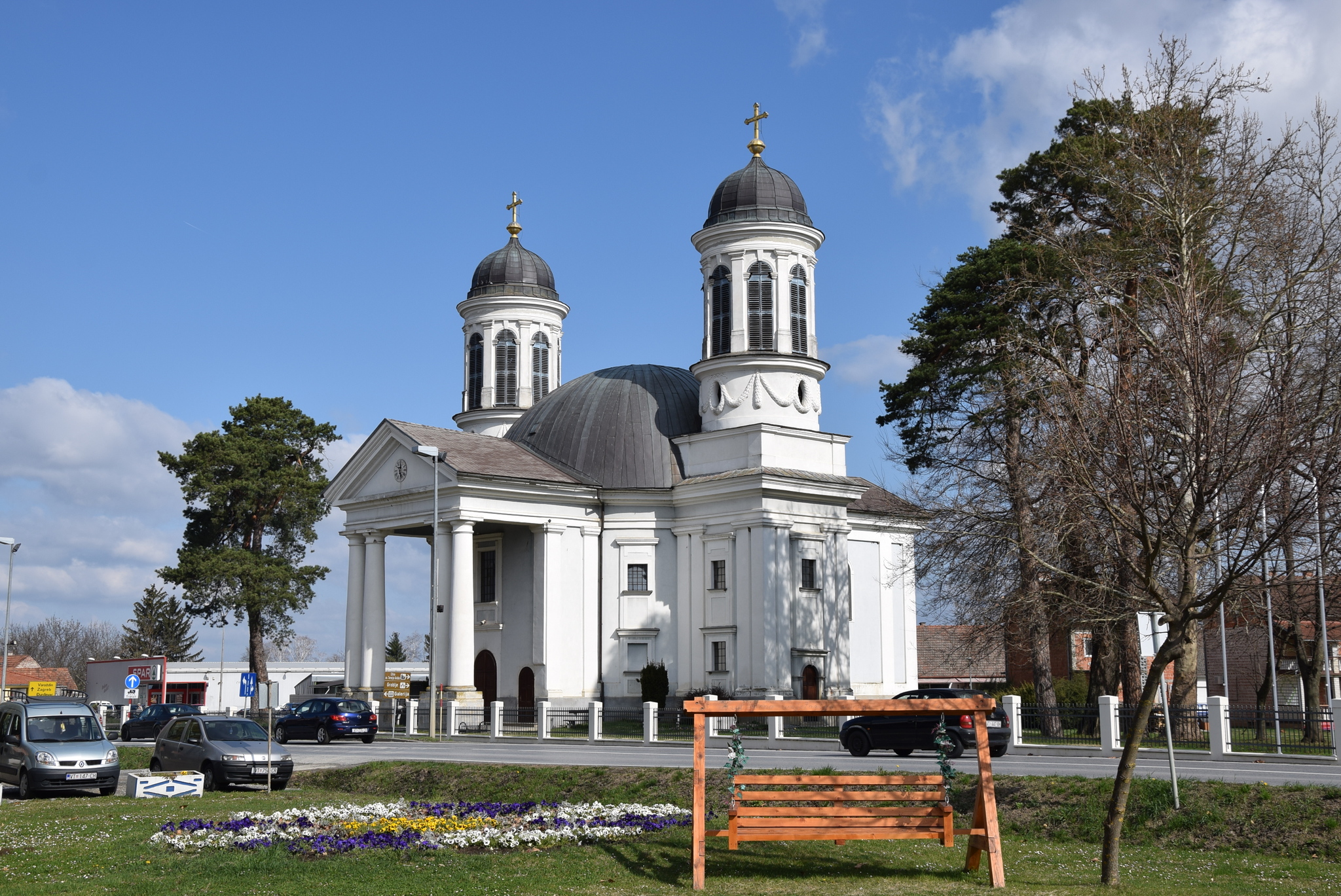 At the beginning of the 19th century, Count Ivan Nepomuk Janković had an exceptionally beautiful Classicist parish church built in the centre of his manor in Suhopolje, which he dedicated in honour of his wife to her namesake Terezija Avilska. Few women in history have boasted of such a gift. At the top of the oratory is still the family coat of arms of Janković, in the crypt sarcophagus of the count in love, Countess Theresa and family members, and the church clock from 1836 is still in function. Near the church, the Janković Castle has been renovated and is worth a visit. With modern rooms, it will soon open its doors to all those looking for a new experience. 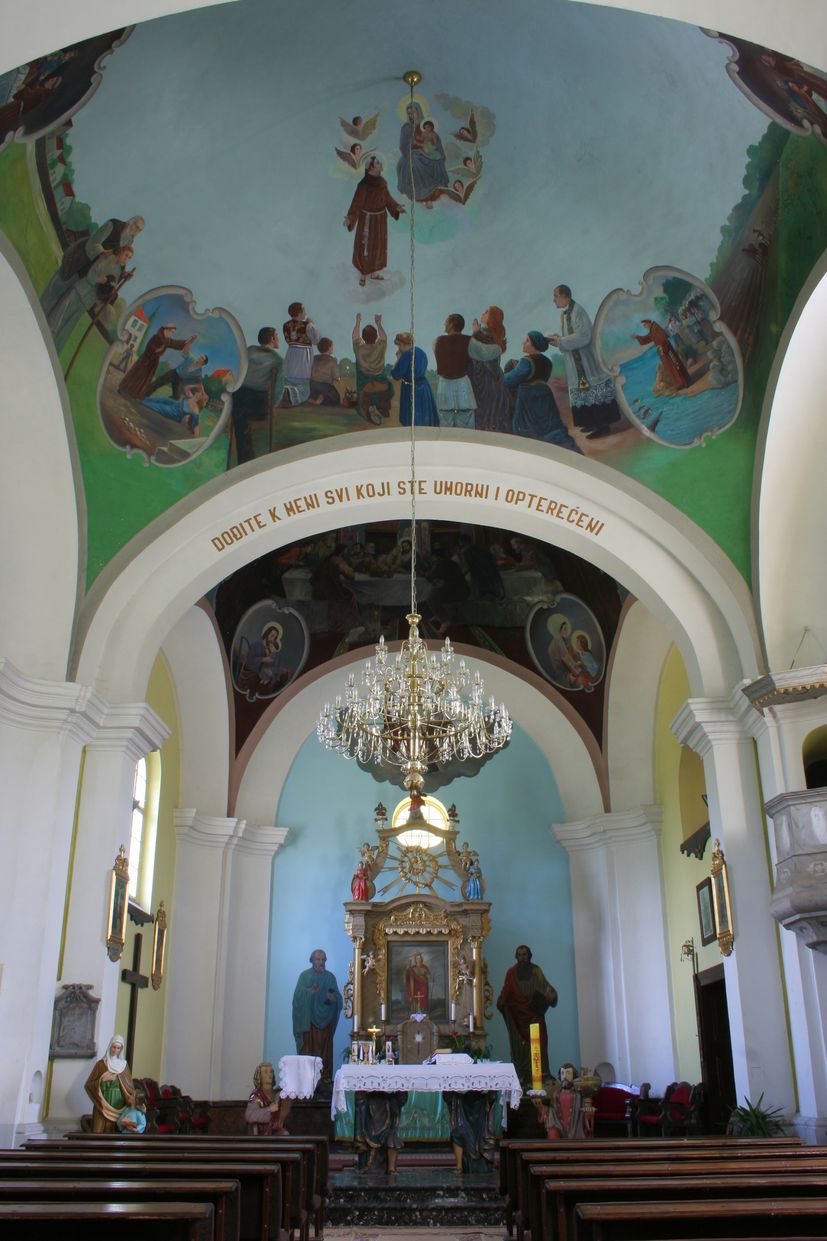 Just as the Suhopolje church is a testimony of love for a woman, so it is a testimony of universal love and solidarity in Sladojevci. Church of St. Barbara might have remained just one in a series of beautiful Croatian late Baroque buildings had its interior not been adorned with unique frescoes by Russian church icon painters fleeing persecution by the new government in Russia after the October Revolution of 1917. Many parish communities offered them refuge on their refugee journey. This was also the case in Sladojevci, and the frescoes depicting everyday life were created as a sign of gratitude for the hospitality. Monastery of St. Nikola in Orahovica

This secluded place of extraordinary beauty has been a refuge for Orthodox monks since the end of the 16th century, and in 1592 a monastery church with valuable frescoes was built, the only example of the so-called architecture. Moravian schools in the area of Slavonia. Today, the monastery on the Krndija meadow is not only visited by Orthodox believers, it is open to everyone, excursionists tour the church, walk to the source of St. Nicholas and enjoy the beauty of nature, and many stay in search of peace for a few days. 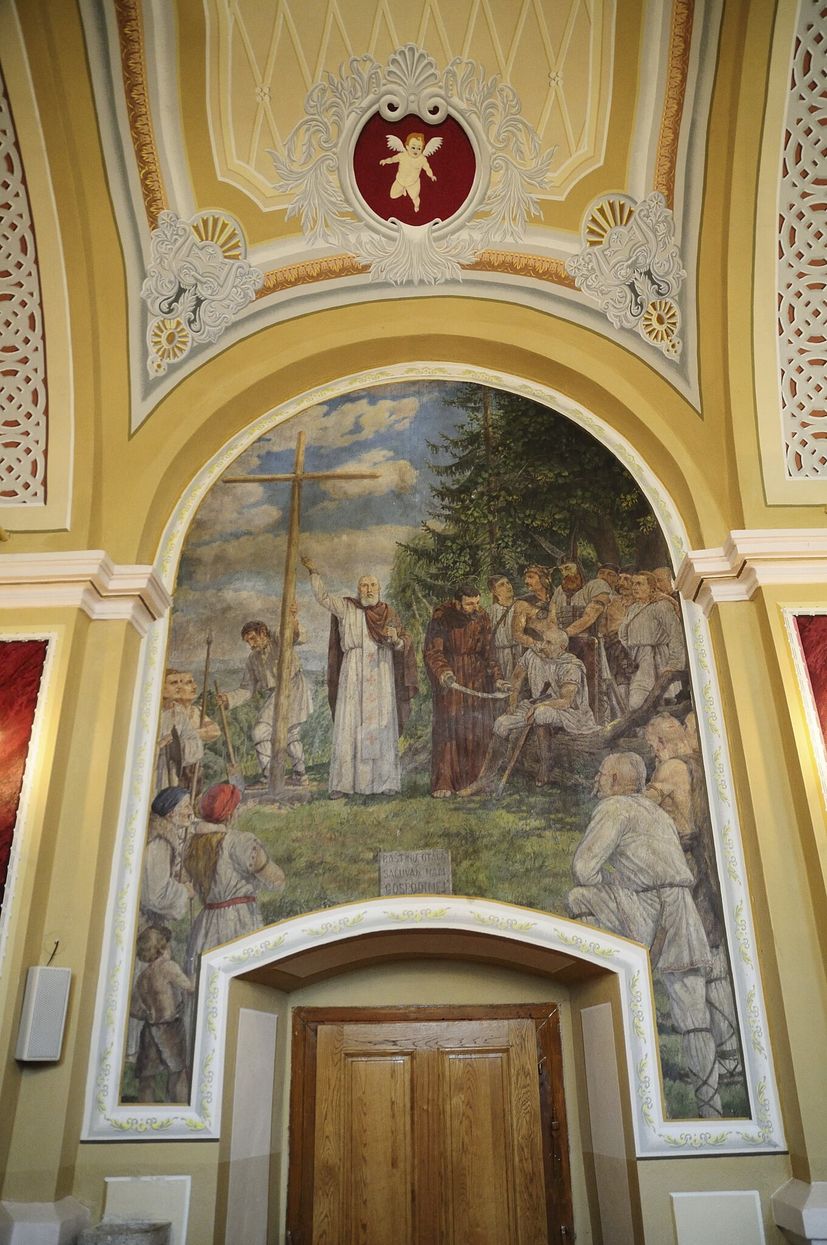 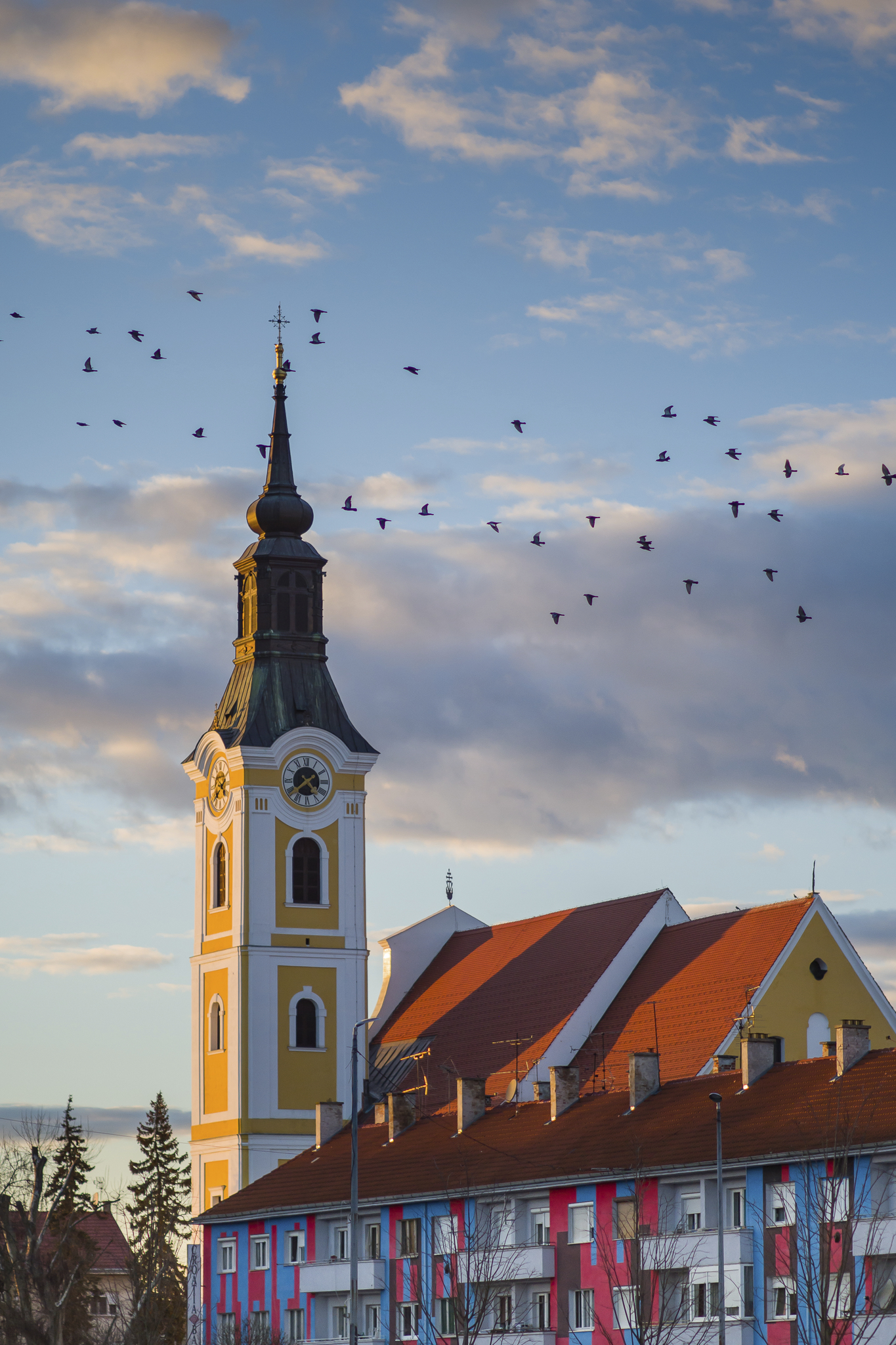 The journey along the Sacred Route ends in the center of Virovitica, not far from the Pejačević castle and the promenade named after the avant-garde artist, born in Virovitica Edita Schubert. In the second half of the 18th century, the Franciscan monastery with the parish church of St. Roca, the patron saint of the city, which is celebrated the day after the Assumption. Baroque altars in the church, original furniture in the sacristy and the Franciscan Museum with an extremely rich collection of dishes, clothes, furniture, paintings, sculptures and a rich library, will delight lovers of Baroque and cultural tourism. 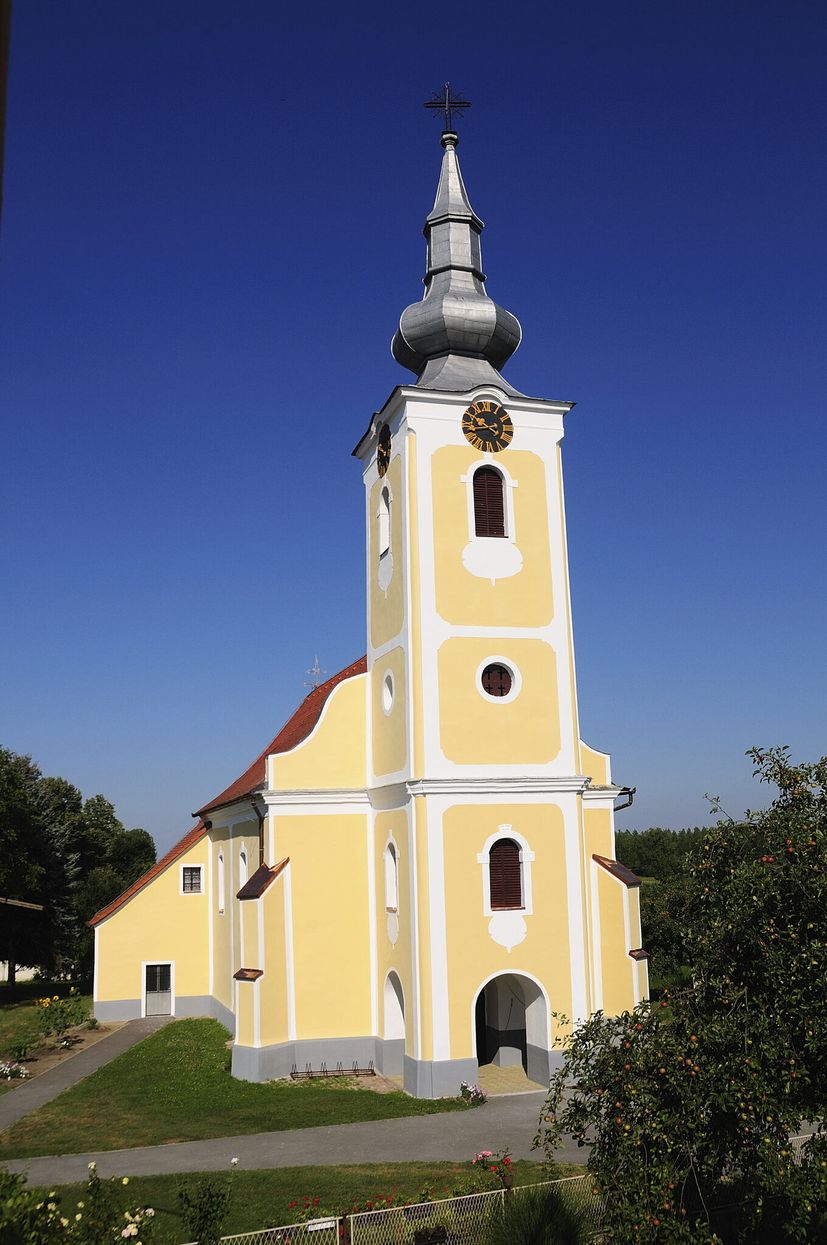