Be Ahead of the Game is offering a five-day soccer camp opportunity in Massachusetts in the United States in association with Croatian professional soccer club Dinamo Zagreb and their professional youth academy coaches.

Professional coaches from the Dinamo youth academy will lead training sessions alongside experienced BAOTG soccer coaches and camp staff. Campers will be exposed first hand to the methods and training that makes Dinamo one of the world’s most successful youth academies.

Dinamo Zagreb was recognized as one of the top 6 youth development academies by the European Club Association (ECA), along with giants — FC Barcelona, Arsenal, Inter Milan, Sporting Lisbon and Ajax Amsterdam.

In 2015, ten American players were identified during the Dinamo ID Training Camps. 11-year-old Andres Garcia was identified at this camp in 2015 and was invited to train with Dinamo in Croatia this past November. 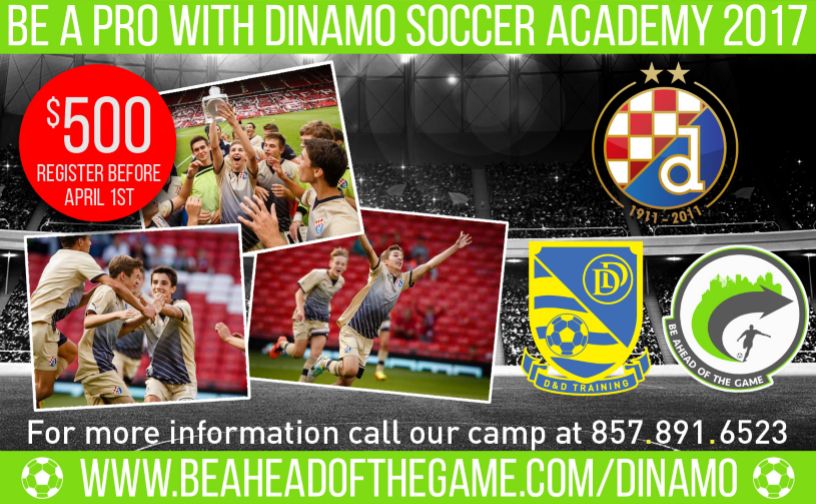 The Dinamo Youth Academy is one of the few clubs in the world who train, scout, and develop camp participants into full-fledged professional players who compete and belong to major clubs around the world. That’s what gives Dinamo Training Camps an edge – not only are you ensured of five days of fun, but the camp also opens doors to opportunities for would-be pro soccer players.

The camp will span a total of five consecutive days will be divided into highly specialized training sessions, totaling thirty hours. Licensed UEFA Dinamo coaches from Zagreb will train and track the progress of players, providing them with world-class soccer youth development.

Campers will be exposed first hand to the methods and training that makes Dinamo one of the world’s most successful youth academies. Be Ahead of the Game and Dinamo Zagreb welcome players of all abilities and backgrounds to participate in their camps. 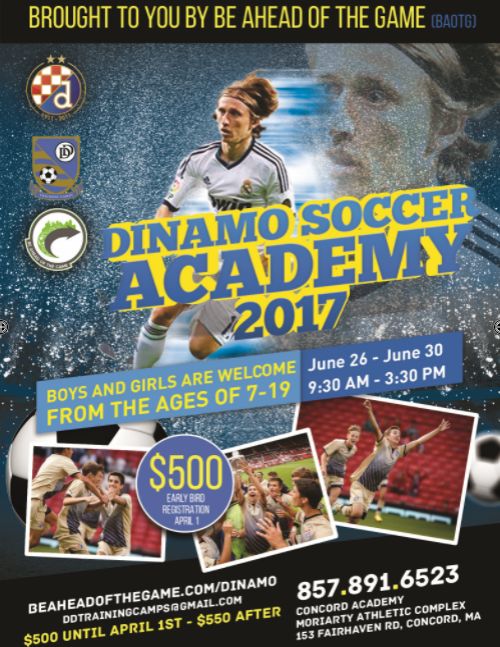