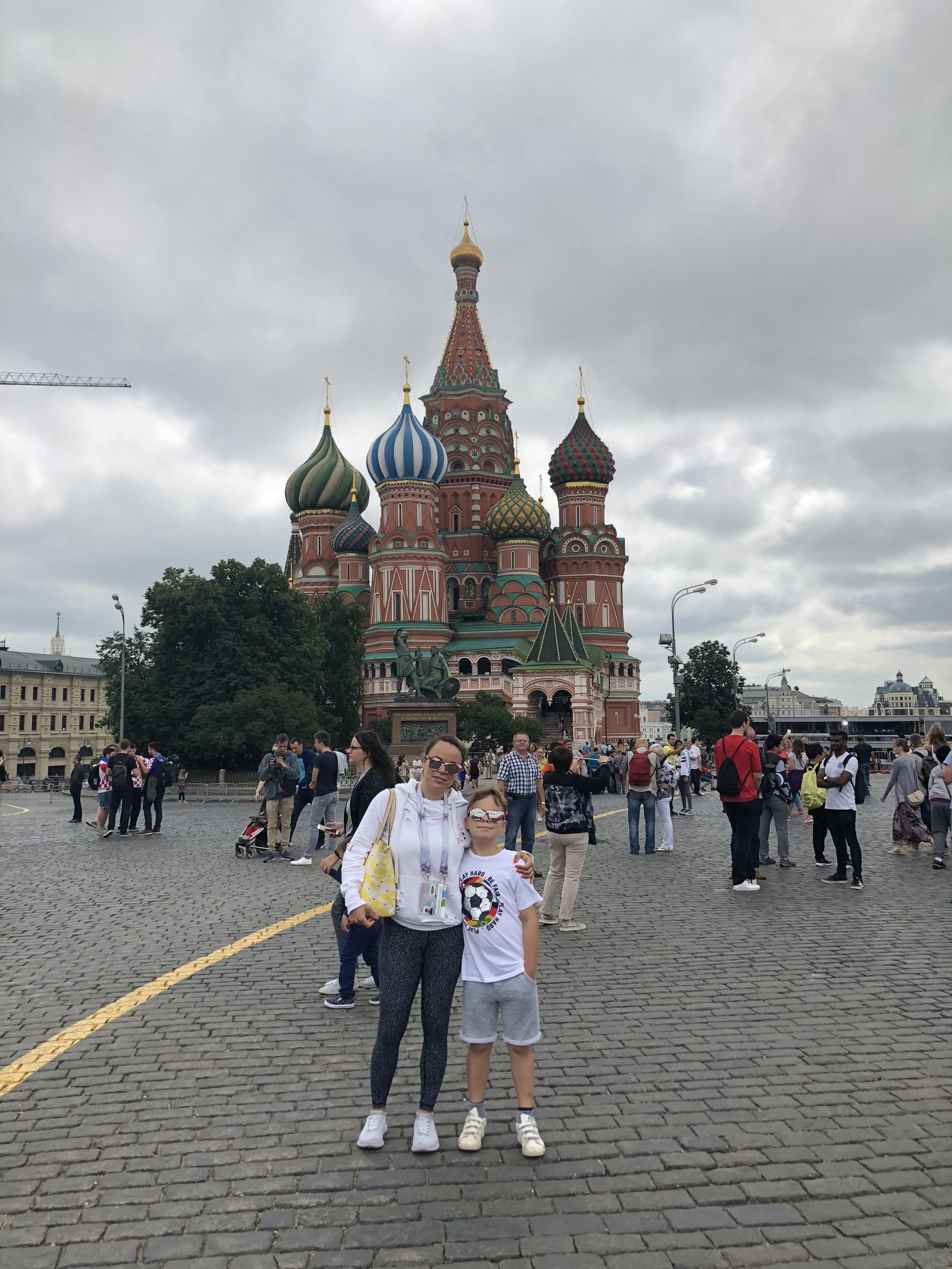 Although I am not that much into football and do not really watch it during the year, I remember 1998 really well. The excitement, the joy, the energy. No matter what one thinks of it, the emotions are real and raw. I was young and free and danced on the streets all night together with thousands.

Forward 20 years. I am a mum of two and at a yoga retreat. I am not only into yoga but also taking vegan cooking classes and I am only not knitting because I am too crap at it. Although I am at a retreat in Portugal, I am not missing Croatia playing Nigeria in the opening match of the World Cup. The retreat centre has no TV. Nevermind there is a 45-minute car ride to the lovely town of Lagos. No one is really enthusiastic about watching a Croatia game with Portuguese commentary in a random pub. I don’t care.

The 18-year-old inside me is reminding me of how it felt that night in Zagreb, how people were hugging, crying and laughing together. How there was an outburst of positivity. I am watching this even with the random replays of Ronaldo’s goals in every little break. You got to have a fair amount of Cristiano on TV in Portugal. They also teach you to pronounce his name. Krištjano. Then you must repeat. Krištjano is a really big deal. We win the game and watch more clips of Ronaldo’s new haircut.

Next game against Argentina. I’m between two flights in a lounge at Frankfurt airport. TV with no sound. I am trying to work out if no sound is better than Portuguese commentary when the janitor sweeping the floor looks at me and says: “Odakle si mala? I answer: “Zagreb”. He turns on the sound. A lady immediately starts complaining: “it is loud, this is the lounge”. He answers: “Igra Hrvatska, zeno Bozja”. Completely ignoring her request for silence. An Argentinian sitting behind me all smug like he is Messi himself.

Half time. O sugar, my gate is on the other side of the airport. I run. In front of the Gate to Zagreb, the game is on a big screen. Mobile phones are held up in the bus to the plane so people can watch live. As we exit the plane in Zagreb we are told the result from every staff member. Croatia beat Argentina. Boom. We are going to the last 16. Euphoria starting to build up. The next three games we watch at home with friends.

Denmark. Last 16. What a thriller. I am happy that I do yoga otherwise I would have peed myself during penalties.

My sister calls numerous times. A lawyer with 2 university degrees. She is beside herself with joy shouting football songs into the phone. When there is only 4 million of you, everyone is in.

Next up Russia. The host. Although the media did not deem them as good there is one thing I learned this week. The audience is half the game. Winning against a host is never easy. Their fans will carry them, cheer for them.

Another penalty shoot-out. OMG. Did you watch it? I thought we had won after Vida put it in the net in extra-time. We had to win by penalties. I see my son and daughter jumping for joy. My friends toasting with tearful eyes. I know they are dancing in the streets like I used to and I can feel the energy building up. It’s not football anymore. It’s David against Goliath. It is us, the small nation plagued by bureaucracy, nepotism and corruption- winning. Because we are temperamental, and stubborn and tenacious. And above all passionate.

I read a lot of English media. The BBC also gives the most accurate weather forecast for Zagreb I found. The morning after the win against Russia, English newspapers are sure. Croatians are tired, old, spent. It feels like a personal attack and I know at this moment that I have obviously gone mad. My friends will claim this happened way back, but this is when I realised. I watch lots of videos analysing how extremely crap Croatia is according to the English media. I am sure of our win. The mental Balkan gene kicked in I think.

I look up from my phone to see my son who slept in his Croatia shirt. At this moment I put into Google: tickets for the World Cup.

My husband is working in Africa. I call him. 20 minutes later I have purchased tickets, booked a flight and a hotel. I have also downloaded visa applications in case my fan ID is late.

Email from the Russian hotel. “We are overbooked and need to move you to another hotel with more stars.” Sounds good. Believe me, it’s not. Most people in this ‘better’ hotel booked the first one and were conned. 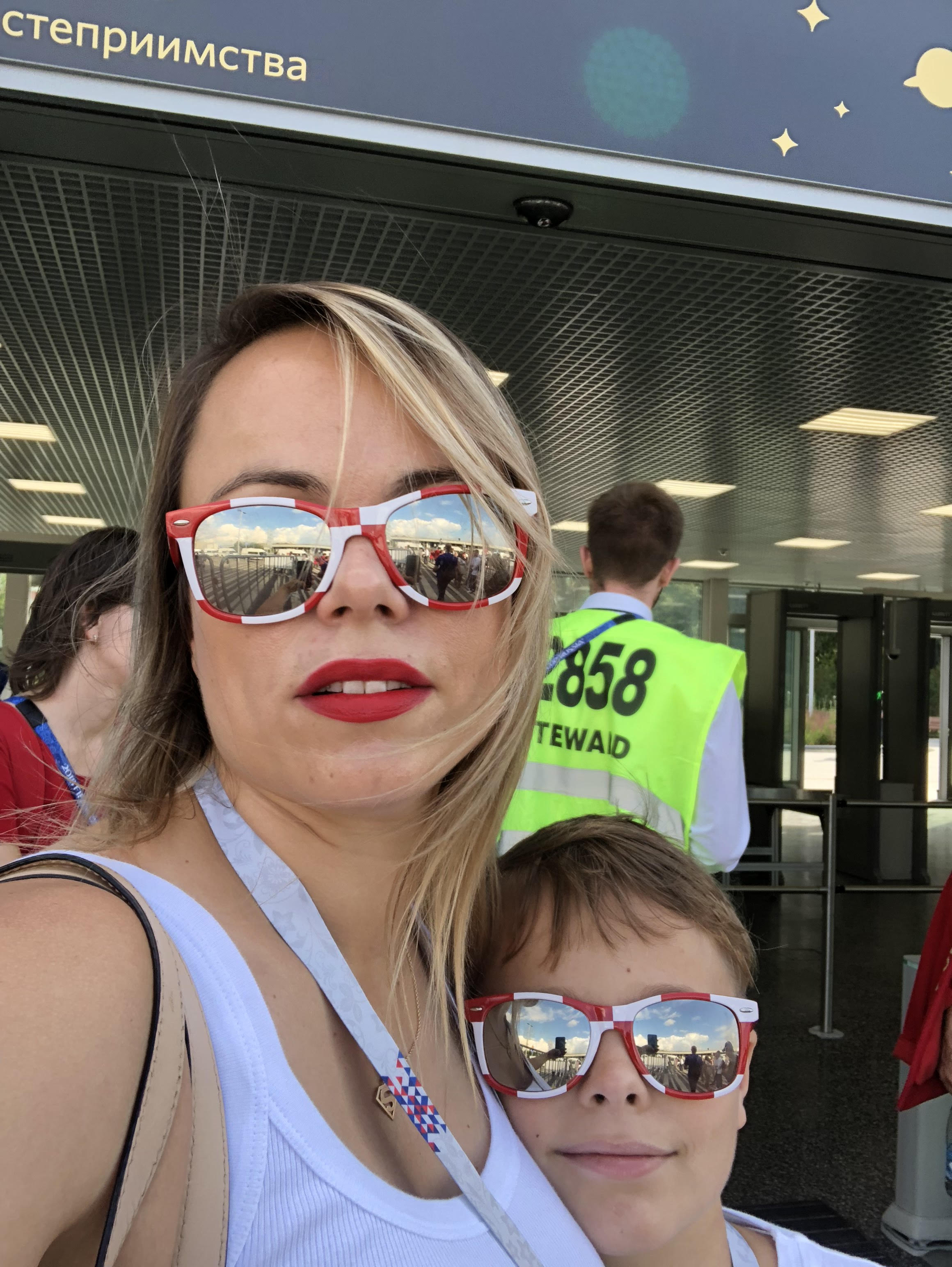 Arrival in Moscow. Luggage lost. Yes, I should have just taken hand-luggage but I did not. It’s gone. The first contact with Russian bureaucracy – please fill out these 20 pieces of paperwork and then go somewhere else to stamp them. Come back to the first lady for another stamp. That stamp hitting the paper was the last I have heard of my suitcase.

We get to the hotel and it’s already night, my son only working on adrenalin. The hotel is really just shit. There are no other words. My window is looking onto the reception. Not outside. Out onto the reception. It also smells of carpet just being fitted. I can hear people in the other rooms and barely fall asleep.

No luggage. No Croatia shirt. No makeup. No nothing.

The hotel is serving a delightful breakfast of burned eggs and coffee with spoiled milk. I am already typing my TripAdvisor in my head comparing the hotel to a Chernobyl aftermath. We go to get our proper fan ID. This World Cup is organised really well. It takes under ten minutes to do with plenty of English speakers helping you out. I am in the same clothes as yesterday and I do not care. My son and I put on our Croatia sunglasses and are greeted by every fellow Croatian. Russian taxi drivers google translate how much they would like Croatia to win and the red white checks are everywhere.

Speaking English is completely useless in Moscow. Like speaking Croatian in China. Taxi drivers in Moscow are very special. They have a special price and a special route and also rooms on offer for a special cheap price. As they have taken all your money and patience by the end of the ride walking seems like a lovely pastime. We go to Red Square before lunch and back to the hotel for a shower which is the only thing that does work there. Must remember though to close blinds not to flash anyone at reception.

Croatians everywhere in Moscow ahead of the match

It occurs to me that I am a mum travelling solo with her 9-year-old son going to a stadium which fits 80,000 people. Bigger than most Croatian cities. I used to live in London. Can’t be worse than the tube at rush hour. It’s really not worse. Volunteers show you where to go, everyone smiling. You would really need to try and get lost.

We go to our hospitality village which is really nice with food and drinks and music. Also with clean T-shirts for sale which I am all over. Clean clothes are underrated. I also cherish the deodorant I bought at a local shop near the hotel. The best thing about being a woman at a football game is that there is no queue for the female toilet. My son Tristan gets his face painted from a Russian lady and we are set to go. Game on.

We have good seats, we can see everything. They announce our players, the national anthems are played. Countdown to kickoff. I look around. It’s like a giant spaceship full of people. 5 minutes in. Goal to England. My son looks sad. Desperate. All the way to Moscow for this. The first half we can barely watch. Halftime. I am trying to explain to my son that he should cherish the experience secretly being happy it’s only 0:1. We can make it up. 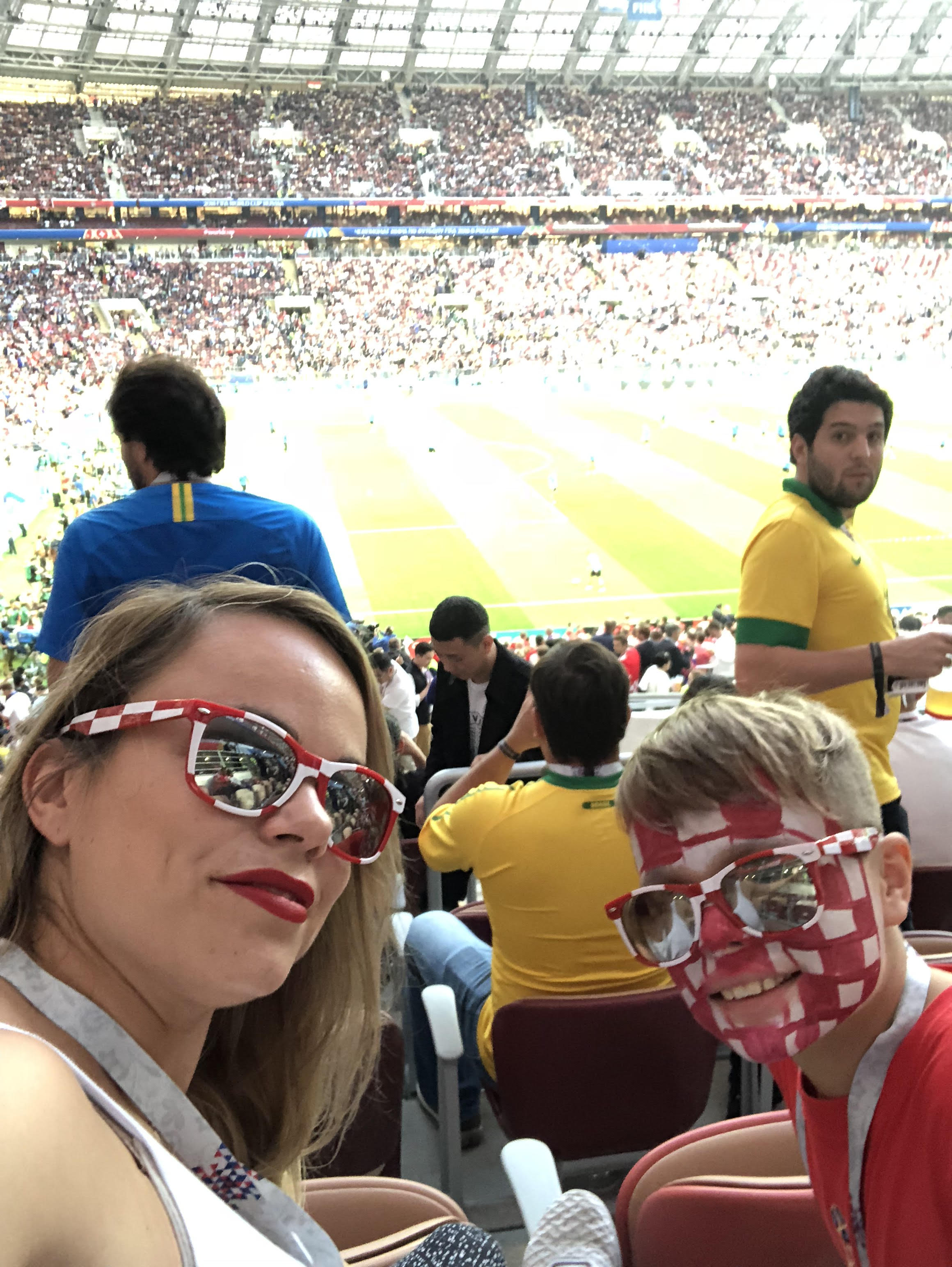 And then it happens. Our fans rally and start singing loudly. The whole stadium seems to be Croatian. Relentless and loud. The players pick up on it and the momentum starts building. Perisic scoring the equaliser could be felt minutes before. The atmosphere is on our side. Everyone waiting for another goal collectively sure it will come.

You can see our players much changed compared to the first half. The crowd carrying them as they frequently looked up towards a field of red and white checks. We are now sure. And we are all playing. You can feel it. O

Tired they say. Spend they say. I want to run like that when I am tired. Euphoria. Mandzukic scores. Euphoria.

The English have gone quiet. The stadium speaker announces the goal by number 17 and the Srce Vatreno (heart of fire) song blasts out. My son is ecstatic. Everyone is. We won.

I know its football. It does not cure world hunger. It does not solve political problems in Croatia or anywhere else. But I was one with thousands cheering the same song living in that moment and that moment only.

For Croatians, football will be always more than a game. Here we are together. Here we are all one Srce Vatreno.

Use the yandex taxi app. Rides will cost around 50 kuna and are very reliable and nice. Also, their drivers do not try and sell you stuff and do not get lost. These are big pluses.

Hotels will overcharge by miles during the World Cup so expect to pay a premium for a 24hour view of the reception.

Go to the game early, there is a lot of walking to be done to get in.

Get a sim card as soon as you can. 70 kuna will get you unlimited internet for 2 weeks.