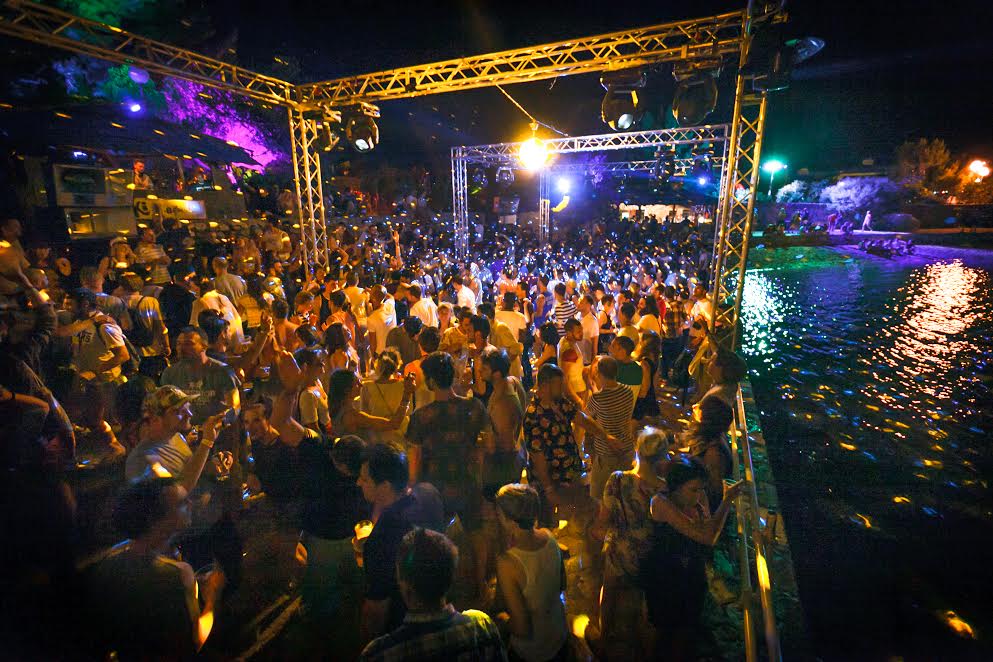 Croatia’s brand new festival, Beats, Beer and Boogaloo, which debuts on the stunning Dalmatian coastline this summer, is very proud to announce its first headliners, with a mix of global stars, classic talent and some of Croatia’s finest artists.

Craig Charles’ Funk and Soul Club and the co-founders of the revered Garden Festival, who now run The Garden Brewery, are uniting to bring a different kind of festival to the region, with its heart beating around a funked-up soundtrack from live artists and DJs and craft beers from around the world. The inaugural event takes place from Thursday 13th – Monday 17th July.

On the live side of things, Beats, Beer and Boogaloo has got some very special guests to introduce. Hot 8 Brass Band are the New Orleans brass band that blends hip-hop, jazz and funk styles with traditional New Orleans sounds to incredible crowd-rousing effect, whilst Geno Washington And The Ram Jam Band bring soul-stirring soul to Tisno; iconic American R&B singer Geno released 5 albums with the UK Ram Jam band in the 1960s. 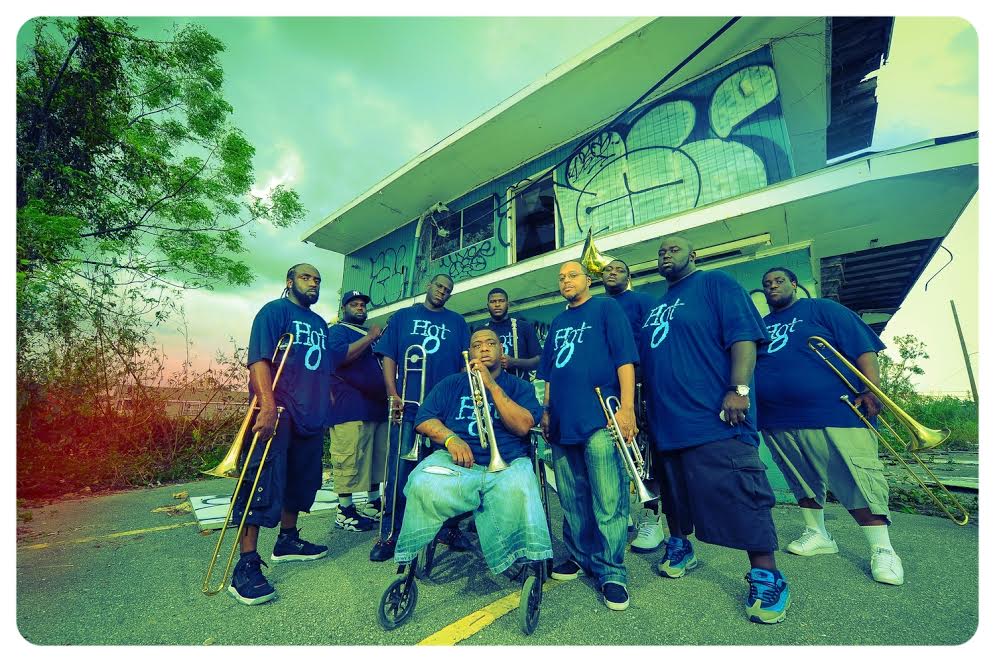 The Craig Charles Fantasy Funk Band (plus special guest) was created when Craig asked his show’s listeners who would be in their favourite funk band; since 2007 the band’s various members have performed at festivals around the world. And the Detroit-based Amp Fiddler is a celebrated soul/funk musician who has shared stages and studios with everyone from Prince and George Clinton to Primal Scream and underground Detroit producer Moodyman,

On the DJ-tip, things are looking rather special, with some dedicated craftsmen and nuanced names joining in: Craig Charles himself is one of the UK’s foremost funk and soul spinners, with his encyclopaedic knowledge at the fore each time he gets behind the decks; Guts (solo/MPC) is sublime hip-hop disciple of immense repute; and Kon is the last of an increasingly rare breed of dedicated crate diggers, bringing his deep knowledge of obscure goodies to clubs and festivals worldwide.

Smoove and Turrell continue to cement their rightful place on the international soul scene for some dancefloor fun bombs at the festival, performing live and DJing, and The Haggis Horns are at the forefront of the UK funk scene and will be bringing plenty of it for everyone. The Reflex offers a full-on retro experience and a set list of must play 80s tunes, The Allergies bring a vintage sound of sampled funk, beats and breaks back to the forefront of club music, and multi-instrumentalist, composer, producer and DJ Lack of Afro joins them. 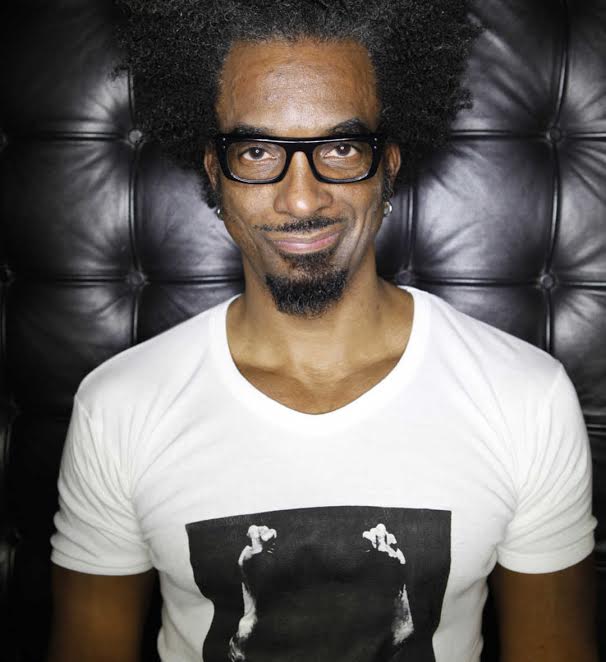 The Garden Brewery will be on show with its full range of products, and it has recently been rated as Croatia’s best new craft brewery in the country for 2016 by RateBeer.com. Several other craft breweries have also been announced, each a pioneer from their respective nation offering their delicious beers to savour.

There’s London’s Gipsy Hill, Five Points, Four Pure and Magic Rock, Dogma from Serbia and Bevog from Austria who join three from Croatia: Nova Runda, LAB and Zmajska. Each is bringing 2 types of beer to feature on a long tap bar, and everyone will be able to sample more than 30 beers during the festival – more breweries will be announced soon from across Europe.

Beats, Beer and Boogaloo is setting out to offer something truly different for not just Croatia but the entire region. The festival will feature boat parties, club nights at the legendary Barbarella’s, street food, tutored drinks tasting, a carnival procession through the streets of Tisno and much more.

It is The Garden Festival which originally catalysed the whole festival scene there, with the visionary founders including Nick and Charlotte Colgan instigating what has become one of the world’s most talked about dance music destinations. After their own festival finished on its 10th anniversary in 2015, they then launched their most ambitious project to date – building from scratch The Garden Brewery in Zagreb, which has produced 17 different beers shipping to 25 EU countries, and has further plans for expansion in 2017 and beyond as well as a dynamic programme of music too. 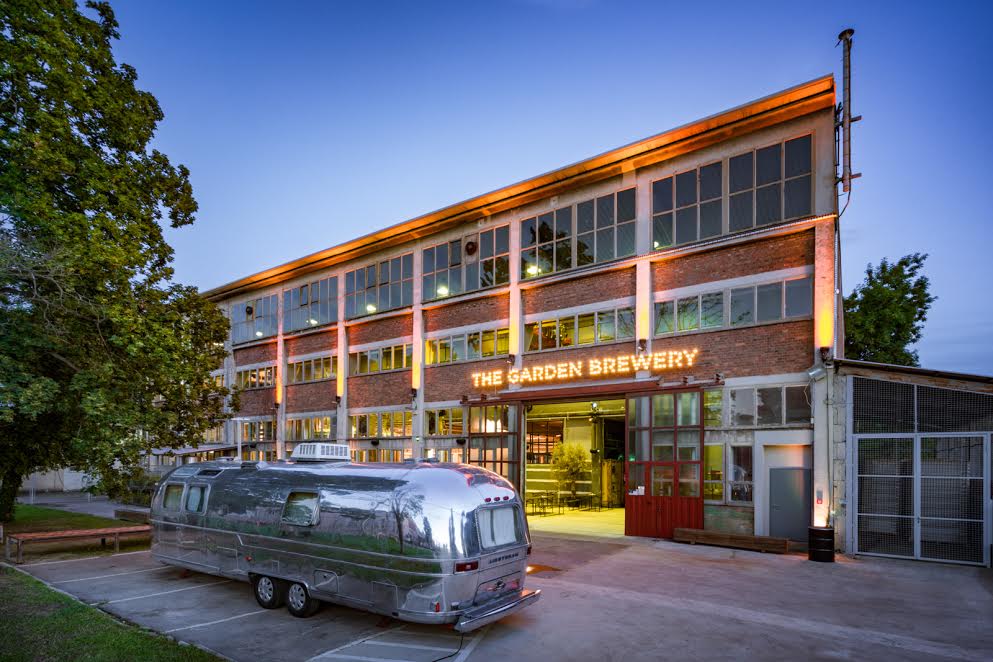 Appealing to all ages, lovers of craft beer, the sun and the sea and of course the music, Croatia’s newest festival will bring a vibrant new dynamic to the scene.

Full info and tickets at: www.beatsbeerandboogaloo.com 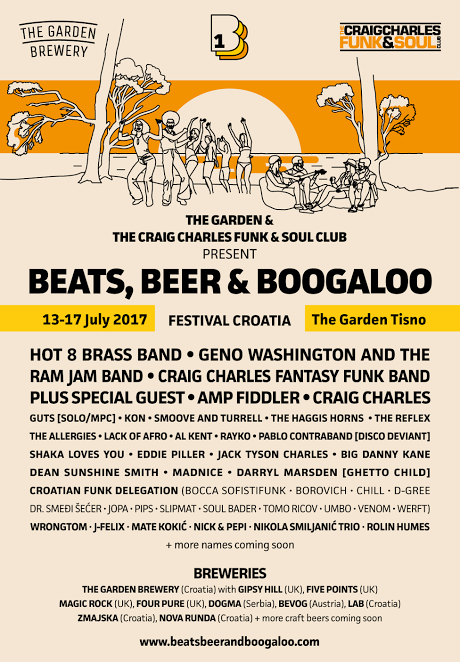