Home » Sport » Davis Cup – Croatia vs USA: Bryan & Harrison pull it back to 2-1 after doubles win

5-5 – Harrison once again has no trouble, serving out to love to level the set

We’re going to a 5th set in Zadar!

🇭🇷 @DodigTennis and Mate Pavic battle back from two sets down to send the doubles rubber into a deciding set!!

6-6 – Pavić holds to love, sending the set to a tie-break

This is what doubles is all about! Superb action in Zadar! 🙌🙌🙌

This time it’s the Croatians winning a high-quality rally as they bid to send the match into a 5th set!

3-3 – USA get to deuce, the first in the set after Pavić leaves a straight one but his two delicate shots at the net give Croatia the game

6-1 – Dodig serves out the set for Croatia as Pavić makes important winners at the net to make it 2 sets to 1.

🇭🇷 Croatia pulls a set back, taking the 3rd 61!! Its hopes of reaching the #DavisCupFinal today are still within reach!

The Croatians are on the charge in the third set! They hold a two break advantage thanks to some excellent poaching from @DodigTennis!

The Croatians are up a break in the must-win third set!

Sensational from @DodigTennis and Mate Pavic! 👏🙌👏🙌 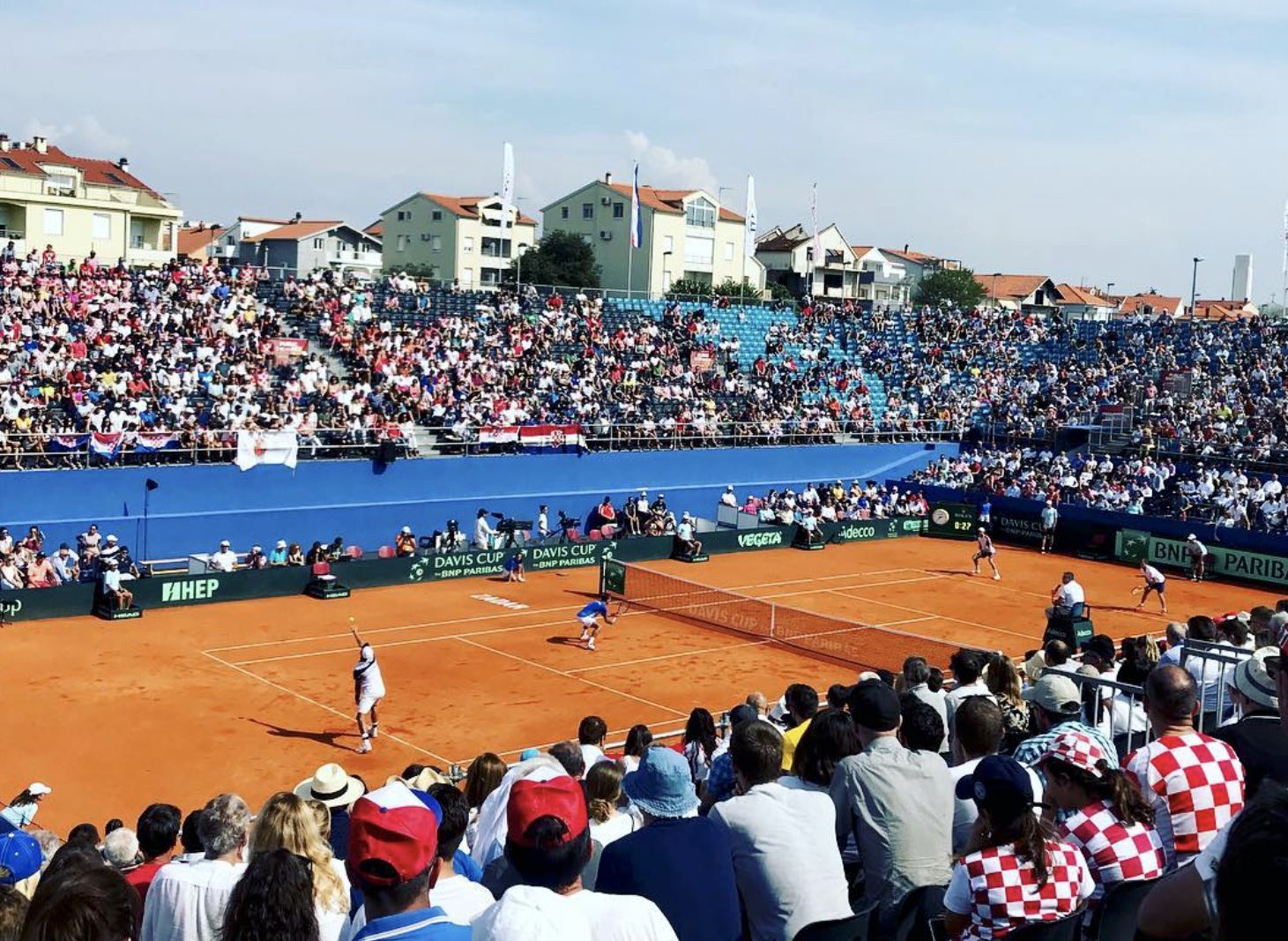 🇺🇸 Having saved a set point down 3-5, @Bryanbrothers and @ryanharrison92 go on to take the opening set 75! Can they keep American hopes alive in the semifinal?

🇭🇷 Croatia get the first break of the match!! @DodigTennis and Mate Pavic lead 4-3 in the opening set

1-0 – Harrison opens up with a hold of serve

0-0 – Players are warming up on court

Croatia is just one point away from reaching the Davis Cup final for the third time in history after Borna Ćorić and Marin Čilić enjoyed straight-set wins on the opening day of the semifinal in Zadar on Friday.

Croatia now has three match points with the first coming on Saturday when Ivan Dodig and Mate Pavić take on world No. 1 doubles player Mike Bryan and Ryan Harrison.