Home » Sport » Dalić: Croatia ready for Russia, despite no Modrić 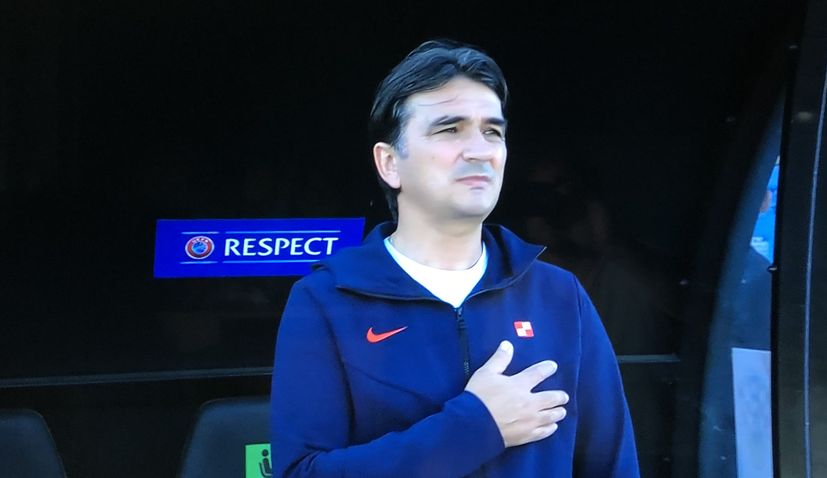 30 August 2021 – Croatia coach, Zlatko Dalić, addressed a press conference on Monday from Moscow ahead of the upcoming 2022 World Cup qualifiers.

“Nobody is written off or crossed out, if someone is not on the squad list now, it does not mean they will not be on the next one. I think with these players we can achieve the result we want. I hope that we will be on the level, that we will be able to do something in these three games,” Dalić said.

How to replace Luka Modrić?

“The whole team must replace Luka, older players like Brozović, Perišić and Lovren must take responsibility. We have to slowly get used to it and slowly accept that soon Luka will not be here.”

Russia plays differently than they did at the 2018 World Cup when Croatia knocked them out in the quarterfinals.

“They play a 4-3-3 system. A different way than they played before, but we are preparing. Ćorluka, Olić and Pletikosa have analysed them well, we will have to prepare well. It is an important match for them, they will have 20 thousand fans at the match. It will be hard work.”

He says that he will not play all three games with the same team and up front he has options with Andrej Kramarić, Marko Livaja and Antonio Čolak.

“Unfortunately, Ante Budimir dropped out, so we will see what the situation with him will be later.”

Commenting on how many points will be needed to qualify for Qatar, Dalić responded.

“20 or 21 points should be enough for first place. The dynamics of when and how we will achieve this is not so important. It would be nice to come back undefeated from Russia and Slovakia.”

He also commented on the current transfer situation in the squad.

“The problem is those stories about transfers, I think it really interferes. If the maximum concentration is not at the level we will have problems, the meeting tonight will be to try to put it aside. We will insist on that. It seems that Nikola Vlašić has solved his problem, that he is on his way from Moscow to London (West Ham).

We will have a hard time replacing Luka, but everyone will have to give more. I really believe, I’m not in fear. We have Brozović, Kovačić, Pašalić and Vlašić and there is Ivanušec who is in good shape.”

And in particular the transfer of Vlašić to West Ham.

“Certainly these transfers disrupt your concentration, I still hope that everyone will be ready for the game. I can’t interfere much in that, Nikola knows what’s best for him, but I think he deserved a bigger club than West Ham. Nikola will, I believe, make an even better transfer in the coming years.”

Croatia will play against Russia on Wednesday, three days later against Slovakia, while they will meet Slovenia at Poljud next Tuesday.

Croatia and Russia are currently both in first place in the group with six points from three games, while Slovakia is third with five points collected.