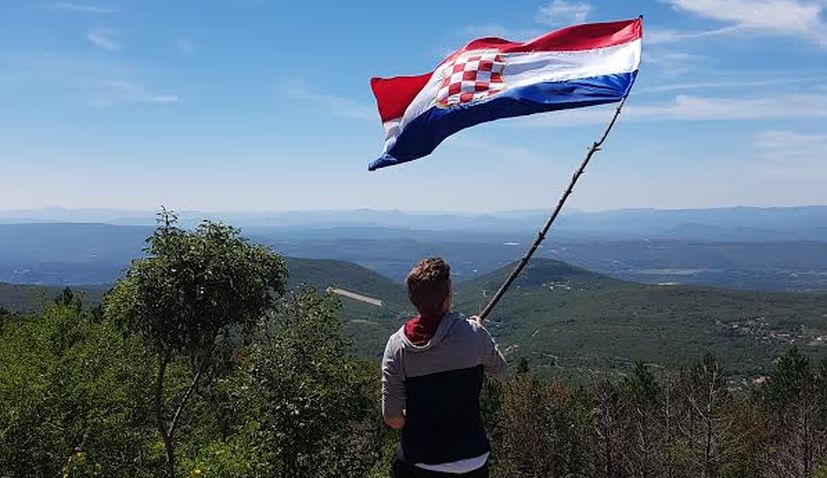 Growing up, I would come to Croatia for my summer vacations. Most of the time I was in my father’s village in Herzegovina, Izbično. That time spent in Herzegovina taught me a lot about why my father is the way he is and about the things that my family found important.

When filming this panel for the Crodiaspora Summit in October, I found that many of the values that I grew up with were present in every one of the companies that we visited.

There is common characteristics amongst Herzegovinian Croats that make them stand out. Due to Hercegovci (Herzegovinians) being suppressed for the greater part of history, their resolve, ingenuity, and perseverance make them great businesspeople and entrepreneurs.

At this year’s Crodiaspora summit, Crodiaspora wanted to showcase Herzegovina as a region that is part of the Croatian cultural corpus and exemplify the things this Canton does that cannot be found in the rest of Bosnia and Herzegovina.

During our time in Hercegovina, we visited Lončarplast, the Logistics Center for the development of Entrepreneurship in Posušje, TT Cables and Leda water. The West Herzegovina Canton is one of the wealthiest Cantons of the country but also one of the most sparsely populated. There is no major center of population outside of Mostar.

This explains the main feature of the Herzegovinian economy: industry. Many of the companies are export-oriented and want to first enter the markets of neighboring countries then expand into EU countries- ideally through Croatia.

One such company that exemplifies this is Lončarplast- a plastic producer in Posušje. The company started out as a modest family-owned business but has over the past decade increased production exponentially. Their products are now present in Croatia, Montenegro, and Slovenia with plans to expand to Austria, Germany and beyond after they acquire their warehouse. 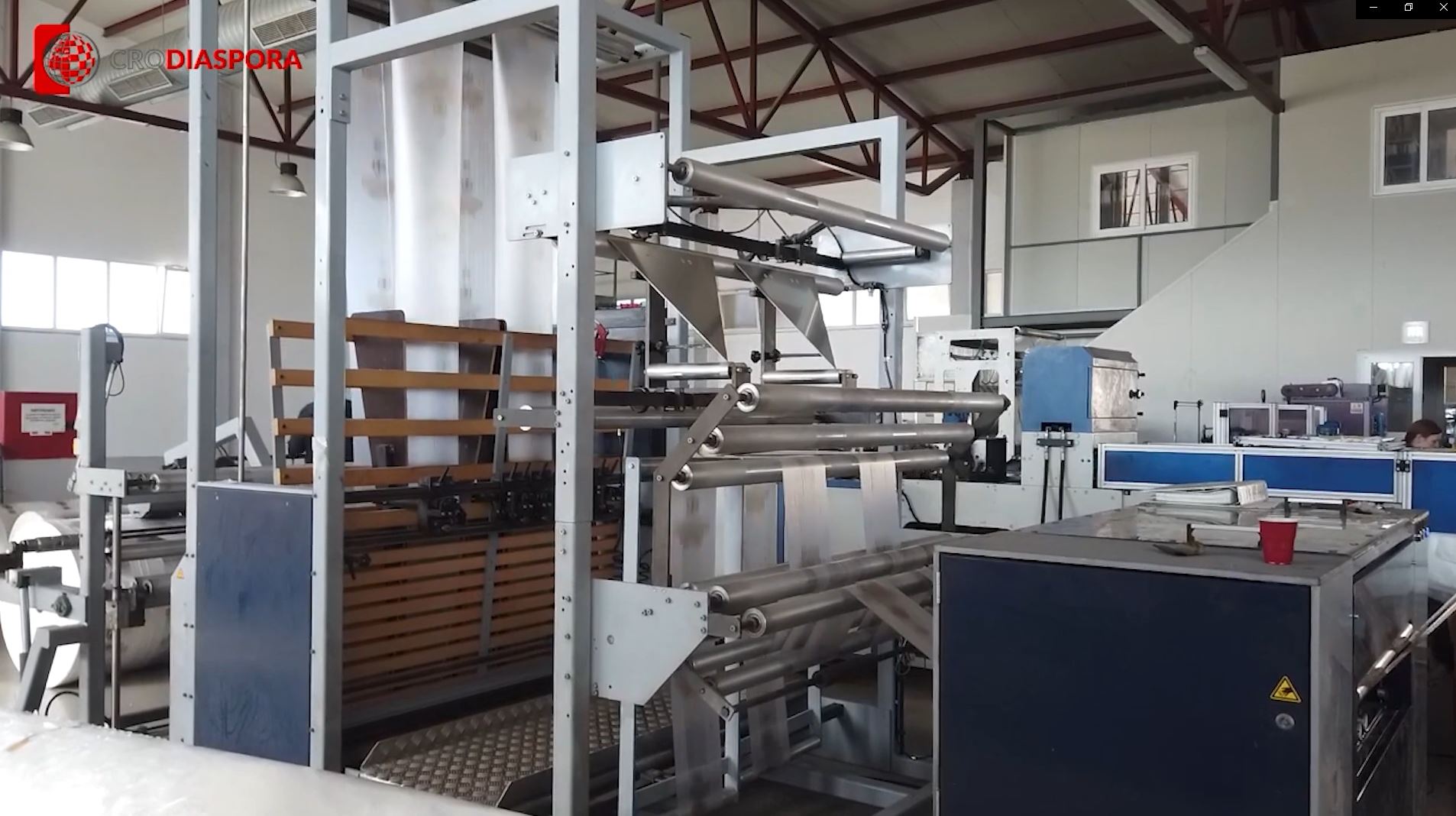 After completing school in Zagreb, the owner’s three sons have since returned to Posušje and have helped expand the modest 9-person operation to a company employing 42 people and counting. Another feature of the Herzegovinian economy is the sense of family and treating your employees as a part of it. While talking to Pero’s Son Ivan, He mentioned multiple times that the most important asset of Lončarplast’s business is his people and that without them, the company would not be where it is today.

Watch their interview by clicking here.

There is a growing concern about people leaving Herzegovina which has drastically changed the employment market and the economy. The next place that we visited took us slightly outside of Posušje. In cooperation with the City of Posušje, the West Herzegovina Canton HERAG and the UNDP, the “Tehnološki park” foundation in Posušje helps develop practical and programming skills of Herzegovinian high school kids and those who want to learn about CNC machine production.

This center has been recently built and 4 CNC machines have been donated to the center including one from Switzerland. The hope of building centers such as this one is to help bridge the gap of those entering the employment market, the needed skills to be successful, and ultimately help those seeking employment find jobs. 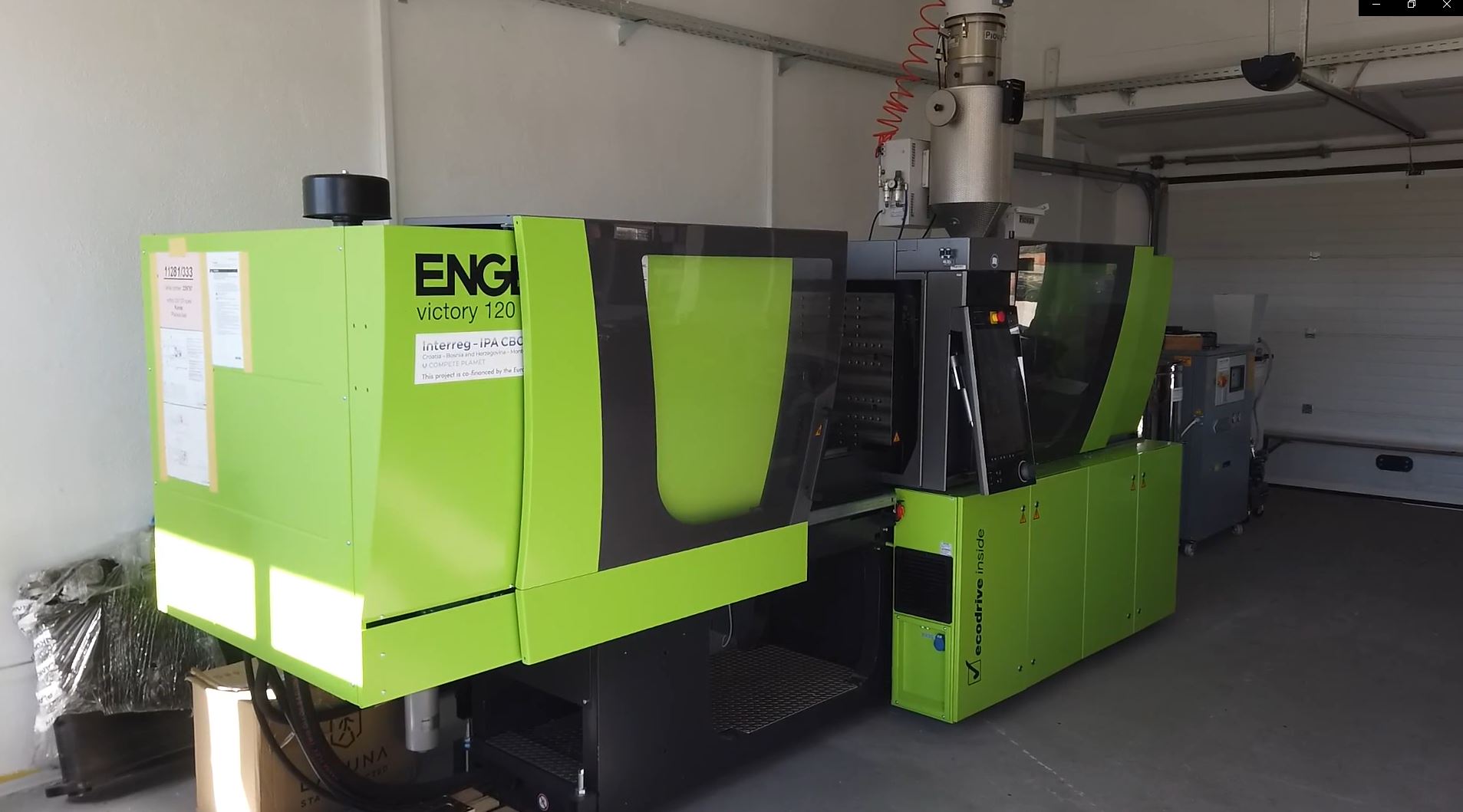 “Tehnološki park” Posušje has a public tender open for all those who want to go through their program which is 150 hours of practical and in class instruction about programming and managing CNC machines.

From Posušje to Široki, the Knešpolje industrial park houses one of Southeastern Europe’s biggest producers of Cables. Eugen Šušak, Deputy CEO and COO of TT Cables Široki Brijeg, is a returnee from Canada. Eugen explains that TT Cables is a “company that functions well in Bosnia and Herzegovina, regardless of prejudices of investing here. We work properly and we export 91% of our products.” 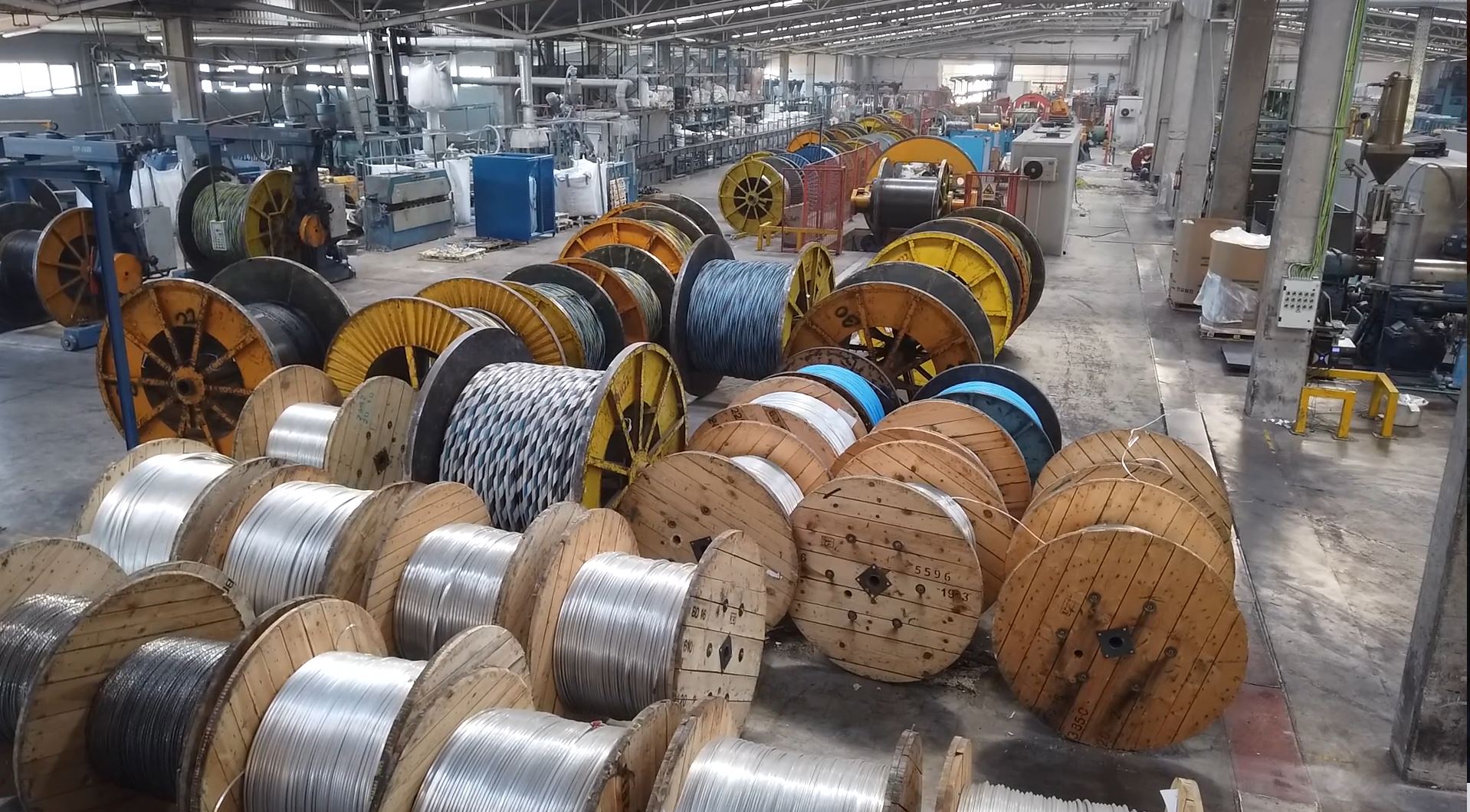 TT Cables is the leading producer of cables in Bosnia and Herzegovina and exports their products to over 50 countries. The initial intent of the company was to produce cables for expanding Nordic countries but has since expanded their export capabilities to the United States and are planning to expand exports to the Canadian and Australian markets. 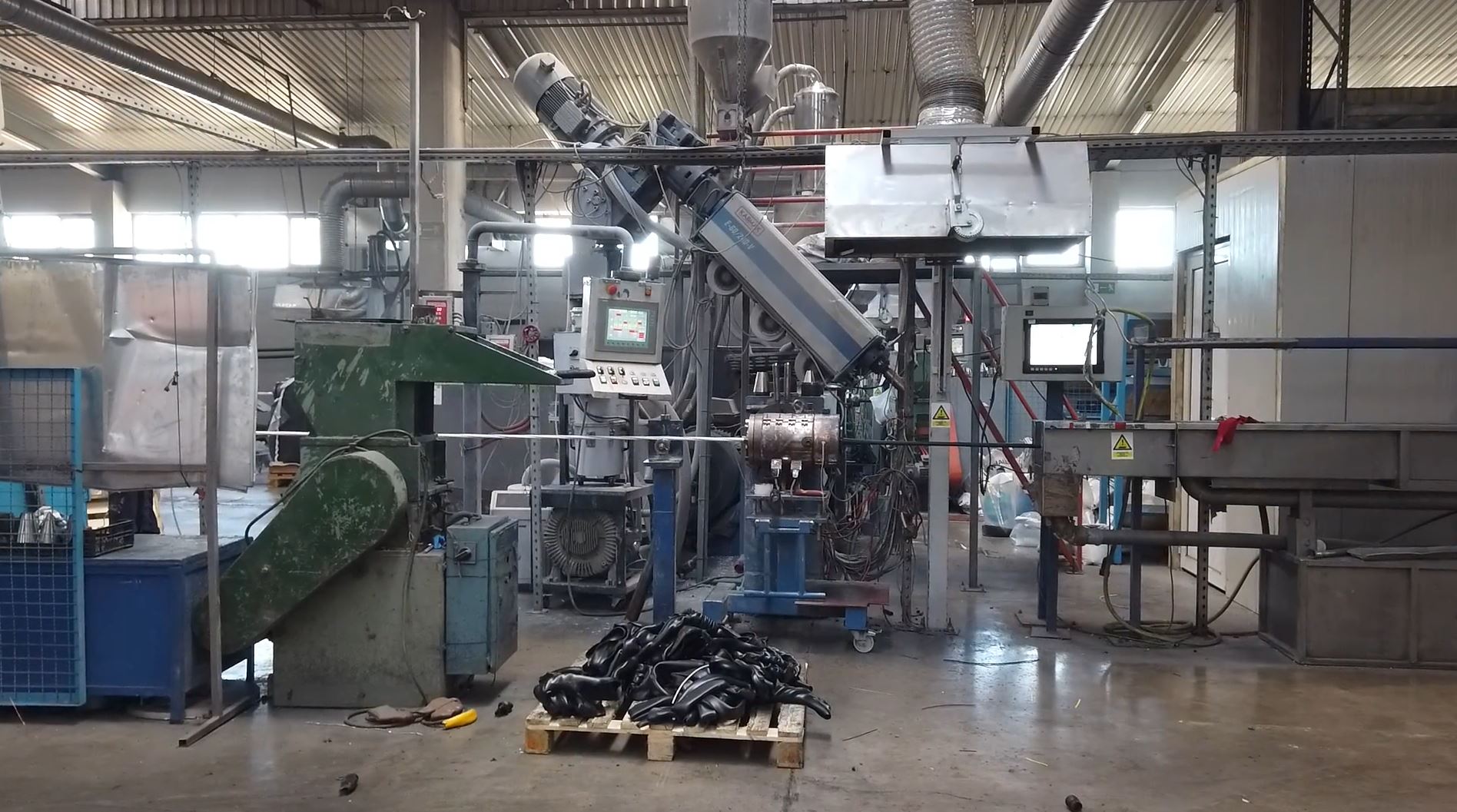 Široki Brijeg, a city that lies south of the Blidinje mountain range, has many natural springs, the biggest of which is the Vrelo Borak. The next company we visited bottles Over 100 Million liters of water from this source every year. Leda is a water bottling plant that was restructured in 2014. Now, in addition to bottling water, the company also has water dispensing machines that they maintain for companies across the country, and they bottle water in different capacities. Leda is one of the biggest water producers in Bosnia and Herzegovina and the product has become a symbol of Široki Brijeg in the region. 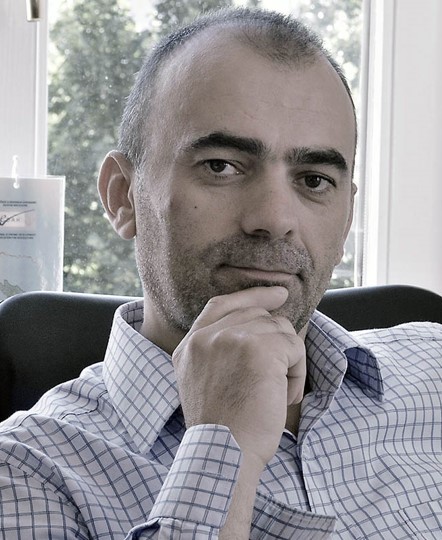 Eugen Šušak, Deputy CEO and COO of TT Cables, adds that the neglect of the region from the previous Communist government used Hercegovina mainly for mining bauxite. Since the homeland war, Eugen explains that many great greenfield projects have popped up and the production industry has become a strong economic pillar of the region.

Eugen highlighted that TT cables, EZ-engineering, and Teta Violeta are all companies that are headquartered in the region and are flourishing.

Ivan further explains the phenomena on a macroeconomic level. The West Herzegovina Canton is one of the most economically dynamic cantons in all of Bosnia and Herzegovina. Despite the Corona Crisis, Ivan explains that companies in the production industry all increased their profits and more importantly their workforce. The past 5 years in particular saw consistent growth exemplified in all macroeconomic indicators. Despite being one of the most dynamic economies, the West Herzegovina Canton is unique in one of the most decentralized regions. Ivan says that, “there is no economic Center in the region which is unlike other regions of the country.”

He further explains that the 3 most important industries are the trades, production, and tourism industries. Although tourism in 2020 did not see strong growth, traditionally Međugorje has attracted religious tourism and the attractions around Međugorje such as Kravice and Etno Selo have seen more visitors over the past few years. Mostar also a center for tourism has also contributed to the rise of the tourism industry in the canton.

The Advantages of Returning to Herzegovina

Not many Croatians return to Herzegovina, but Eugen is a rare breed. Eugen explains that one of the advantages he had moving back is the work experience from Canada and applying that knowledge in companies he worked for in Herzegovina. Business acumen, language skills and connections in western markets gives you a competitive edge in this region. 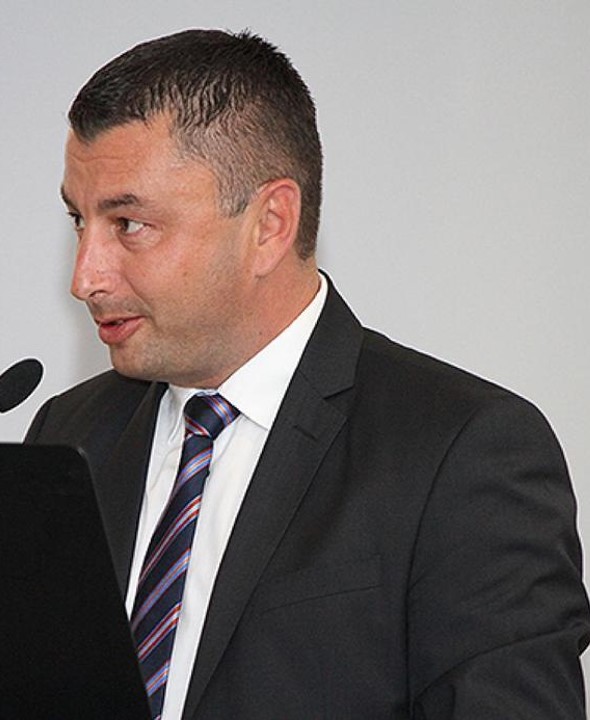 He further explains some of the advantages of doing business in Herzegovina: the cost of land is relatively cheap, building costs are cheap, and corporate and personal income tax is at 10%. Additionally, The Value Added Tax in Bosnia and Herzegovina is 17% which is lower than Croatia’s 25%. Due to the country’s past instability, the Bosnian Mark is fixed to the Euro which is an advantage for exporting goods to other EU countries.

Because Herzegovina is an export-oriented economy, it is important to note that Herzegovina is very close to great transport routes in Croatia, the port of Ploče (which is the port that Bosnia and Herzegovina have a bilateral agreement to use as its official port) is only 70 kilometers away, and the port of Split is 130 kilometers away. Companies that are looking to export and looking for a workforce that is hardworking and highly skilled can find their place in Herzegovina.

The Political Situation in the West Herzegovina Canton

The next question that had to be addressed is the political situation in Bosnia and Herzegovina. Although the government is separated into 3 constitutional people groups, and 4 levels of government, much of the policy decisions about investment are decided by the Cantons. Ivan points out that the West Herzegovina Canton is very politically stable and all the municipalities within it work together cohesively.

Due to this cooperation, there are 8 business zones for potential investors and the education system is directly under the jurisdiction of the Canton meaning that labor market shortages can be corrected through the Canton. There are great trade schools that produce highly skilled workers, and the University of Mostar produces great engineers, programmers, and other graduates in STEM fields.

As I am a Hercegovac, there is one value that my father passed down to me and that is a sense of family and community. Eugen highlights that because of historic and political reasons in the past, Croats living in this region have had to stick together making them very community oriented, maybe even more than other places. Eugen explains that TT cables, through their social corporate responsibility policy, focuses on taking care of the local community, donating to sport clubs, donating equipment to light villages, and most importantly taking care of the families of those employed at TT cables.

Regarding the employment market, the first thing that comes to mind is the increasing émigré population. Ivan focused on taking advantage of the different bilateral and multilateral agreements that Bosnia and Herzegovina are privy to, the cheaper labor costs which allow companies to compete and easily retain employment by paying above Herzegovina’s average wage.

In conclusion, Eugen, and Ivan highlight that the Canton is one of the most advantageous in the country and that due to the great university and trade schools, there is a surplus of skilled labor who are eager to work. The political hurdles of the country have been a net positive as companies are forced to be export oriented. Ivan concludes saying that the West Herzegovina Canton is open to working with investors to either facilitate or partner with them. I was proud of what I saw in Herzegovina and it seems like more opportunities to return to the region will happen once Bosnia and Herzegovina complete all the necessary reforms to become a candidate country for the EU.

Watch the Panel Discussion with subtitles below: