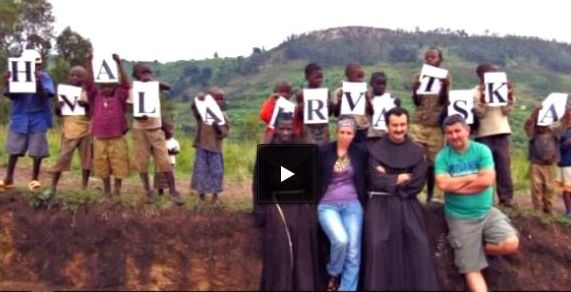 Recently Croatia Week ran a story on the amazing deeds of young Croatian priest Miroslav Babic, who was making a huge difference to the lives of so many in the small village of Subukia in Kenya, now another story has emerged of more Croatians making a massive impact in Africa.

Zeljko and Maja Garmaz from the eastern Croatian city of Osijek have just completed their life mission and built a school in Africa for under privileged children.

Just over a year ago the couple started the “Srce za Afriku” (Heart for Africa) foundation, and incredibly in that time frame raised 1 million kuna (132,000 euros).

Just before Christmas the roof was put on the secondary school, which was built almost solely by volunteers, in the village of Kivuum in Rwanda, and will school more than 1,000 kids. “It really means a lot to them, because till now they have not had the chance to go to secondary school. Most of the parents work in agriculture and earn about one dollar a day,” said Maja Sajler Garmaz to RTL television.

Croatian priest Father Ivica Peric (pictured above with the Garmaz’s and kids in Rwanda), who is doing missionary work in Rwanda, is also involved in the project.