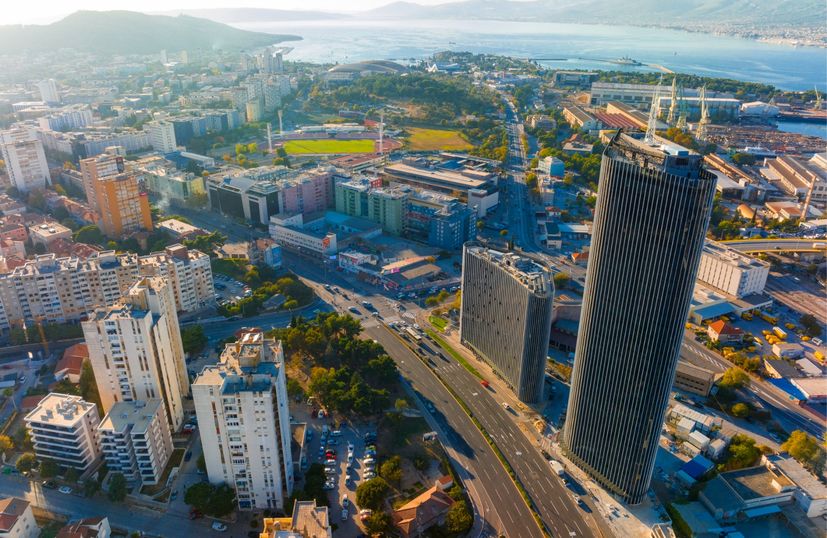 The tallest building in Croatia, the 135-meter Dalmatia Tower won the international recognition of the European Property Award in the category of the best architectural solution of commercial high-rise construction.

The European Property Award is synonymous with excellence in the real estate sector and at a ceremony in London, prizes were awarded in four categories – architecture, construction, interior design and real estate business, with the best among them selected by more than 80 international judges.

As many as 42 judges were involved in the decision for the best architectural solutions, including Yama Karim, a partner in the New York studio for architecture and design Libeskind and Matt Gaskin, director of the school of architecture at Oxford Brookes University. 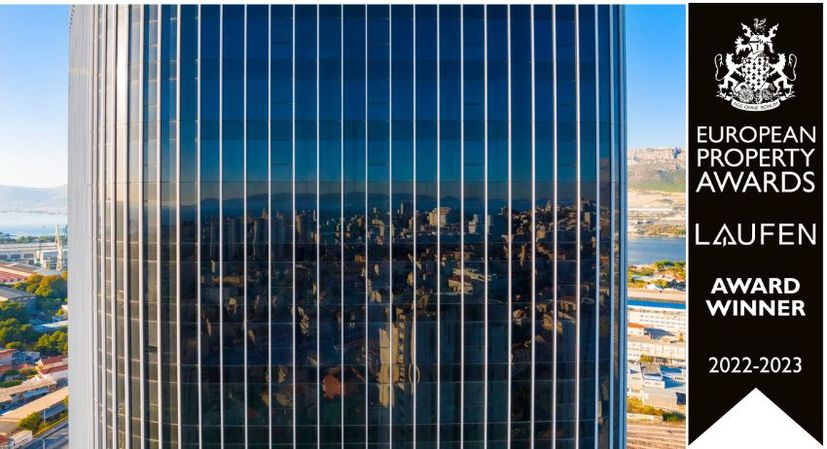 “I am glad that the project was recognised by the international jury. I believe that the Dalmatia Tower significantly contributes to the visual identity of Split, and such international recognitions only add to the recognition and quality of Split as a destination, primarily because the Marriott hotel is a great addition to the city’s offer. The quality of our project – a high-rise commercial building, as the jury titled it, goes beyond the narrow borders of Split, Dalmatia and Croatia and puts us alongside top achievements throughout Europe,” said architect Otto Barić, the author of the project. 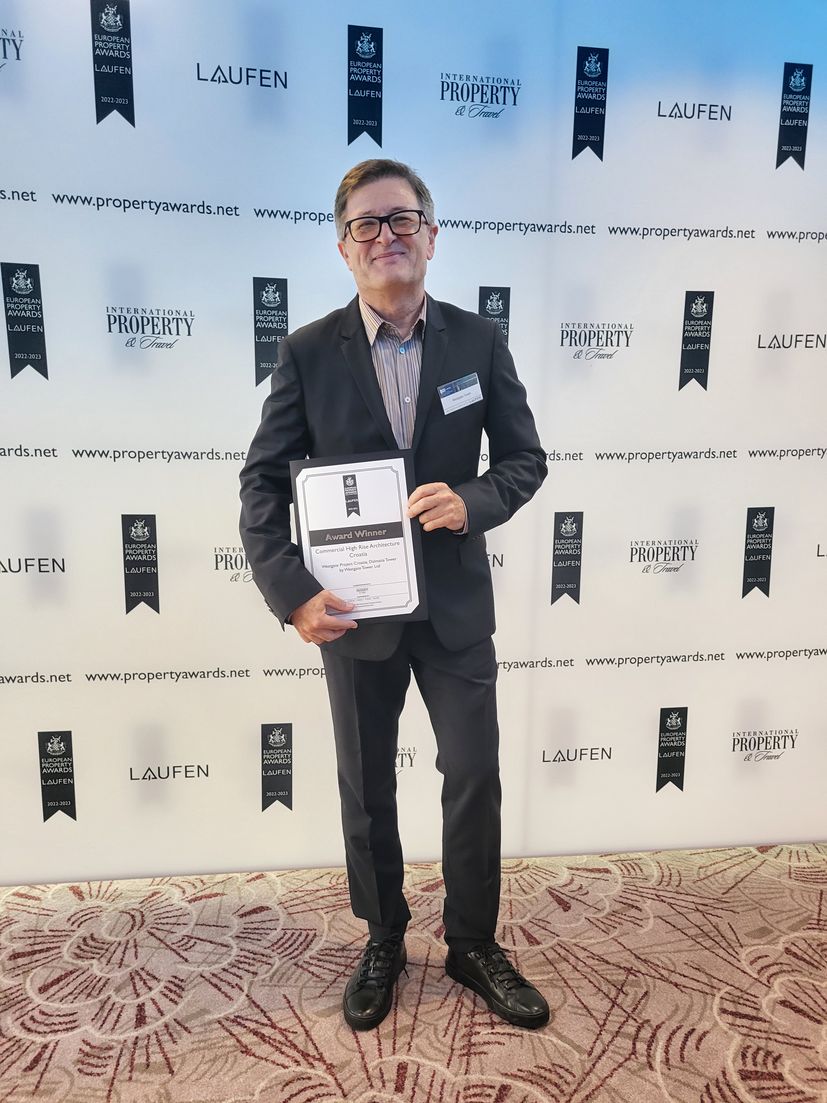 Dalmatia Tower is part of the Westgate Split project, for which a couple of years ago, when it was still under construction, the investor company “Westagate Tower” was awarded the International Property Award for the best project in the project development category.

“At the time of planning, the entire team was aware that we were working on a high-quality and beautiful project that would modernise the entrance to the city, give it the modern, worldly touch that Split deserves. In the multi-year struggle with crises, deadlines, suppliers and bureaucracy, one loses sight of the beauty of the project itself and the ideal that guided it at the beginning, and that is why I am sincerely proud of our entire team and that the international experts who award this award declared the Westgate project, for the second time, the best in Europe,” said Davor Pavlov, a member of the board of the investor’s company. 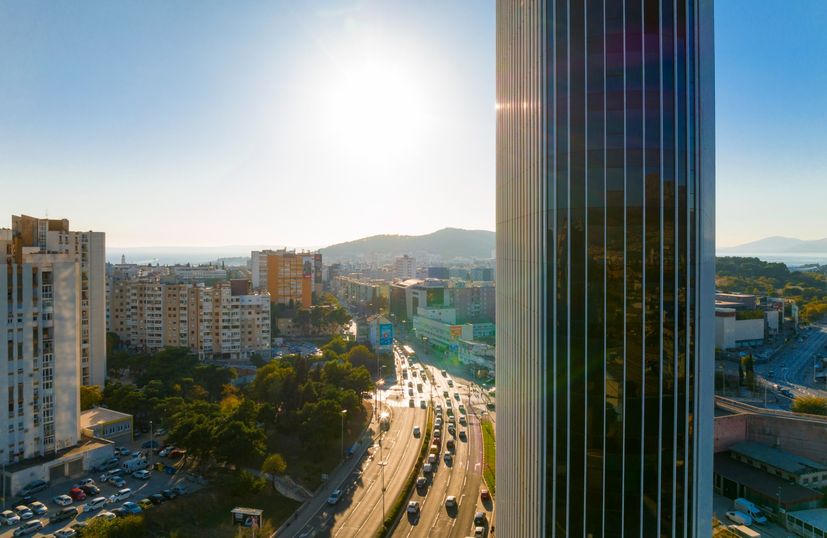 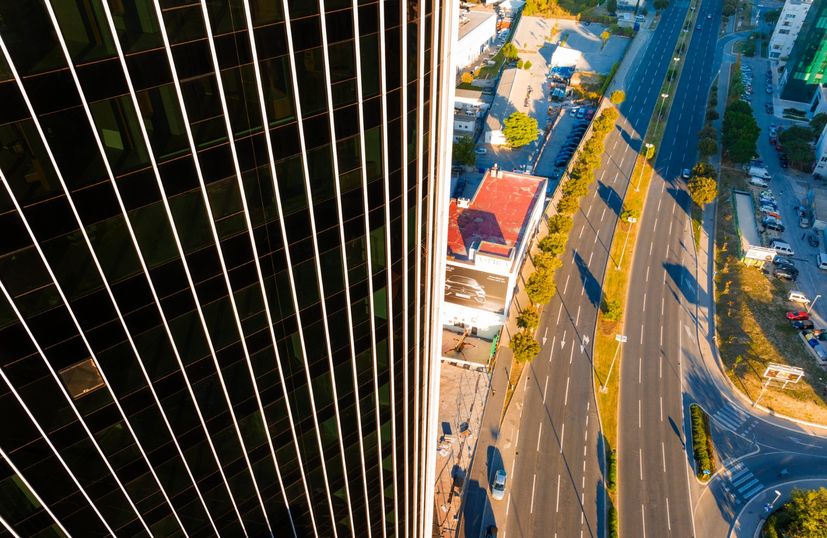 As previously announced, the first Croatian AC Hotel by Marriott is opening in Dalmatia Tower, a hotel of one of the most prestigious hotel groups in the world, and thanks to its recognised architectural design, all rooms will have a sea view.

The hotel will employ over 100 employees, half of whom are already employed, and the exact opening date depends on the dynamics of obtaining the use permit. Namely, on the decision of the city’s Administrative Department for Urbanism and Construction to refuse to supplement the valid building permit due to changes in the shape of the roof structure during construction, the decision of the appeal to the Ministry of Spatial Planning, Construction and State Property is awaited.

In addition to the hotel, the regional offices of internationally recognised IT companies will be located in Dalmatia Tower, where around 1,000 experts will be employed.