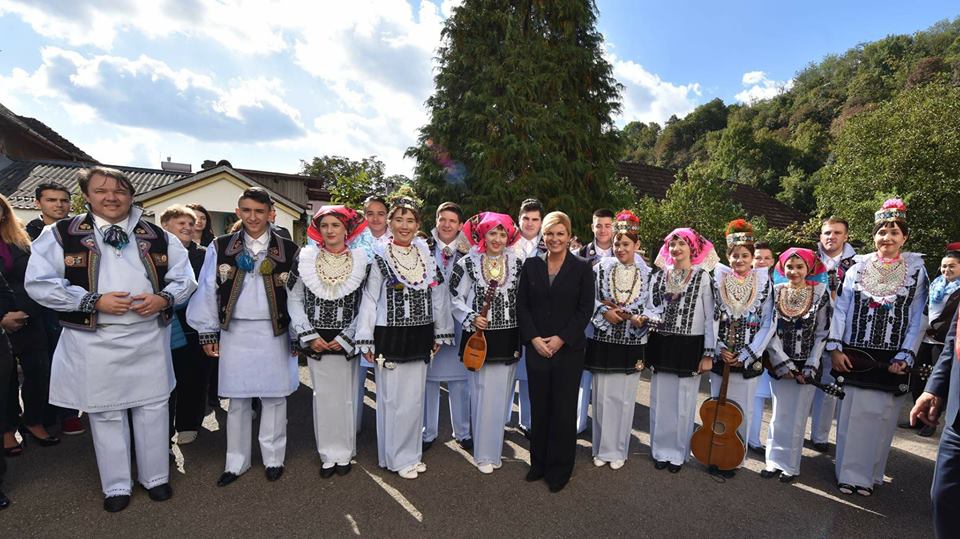 Croatian president Kolinda Grabar-Kitarović has met with the oldest Croatian community in the world in Romania this week.

During her official three-day visit, President Grabar-Kitarović met with Romania president Klaus Werner Iohannis, as well as other senior political and religious officials, addressed businessmen at the Romanian-Romanian economic forum, but the pinnacle of her stay in Romania was an emotional encounter with the Croatians in Karaševo, Klokotić, and Lupka.

Croatians have moved to the area of what is today Romania since the 14th century, and today a small community of Romanian Croats, which totals more than five thousand people, is considered the oldest, linguistically and ethnographically best preserved Croatian community in the diaspora. 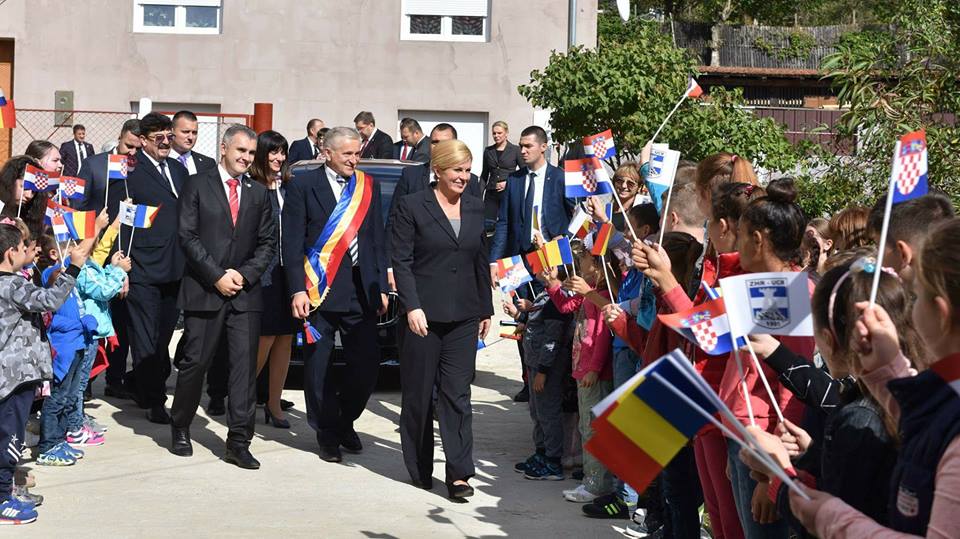 Karaševo Croats, as they have been known throughout history, warmly welcomed the president, who especially appreciated the fact that they managed to keep their identity and stay there.

“Some communities have completely integrated into the new environment, some have disappeared, and the Croats in Romania have managed to preserve their language, faith, customs, and folklore heritage – all that makes the identity of a nation,” President Grabar-Kitarović told hundreds of locals in Karaševo. 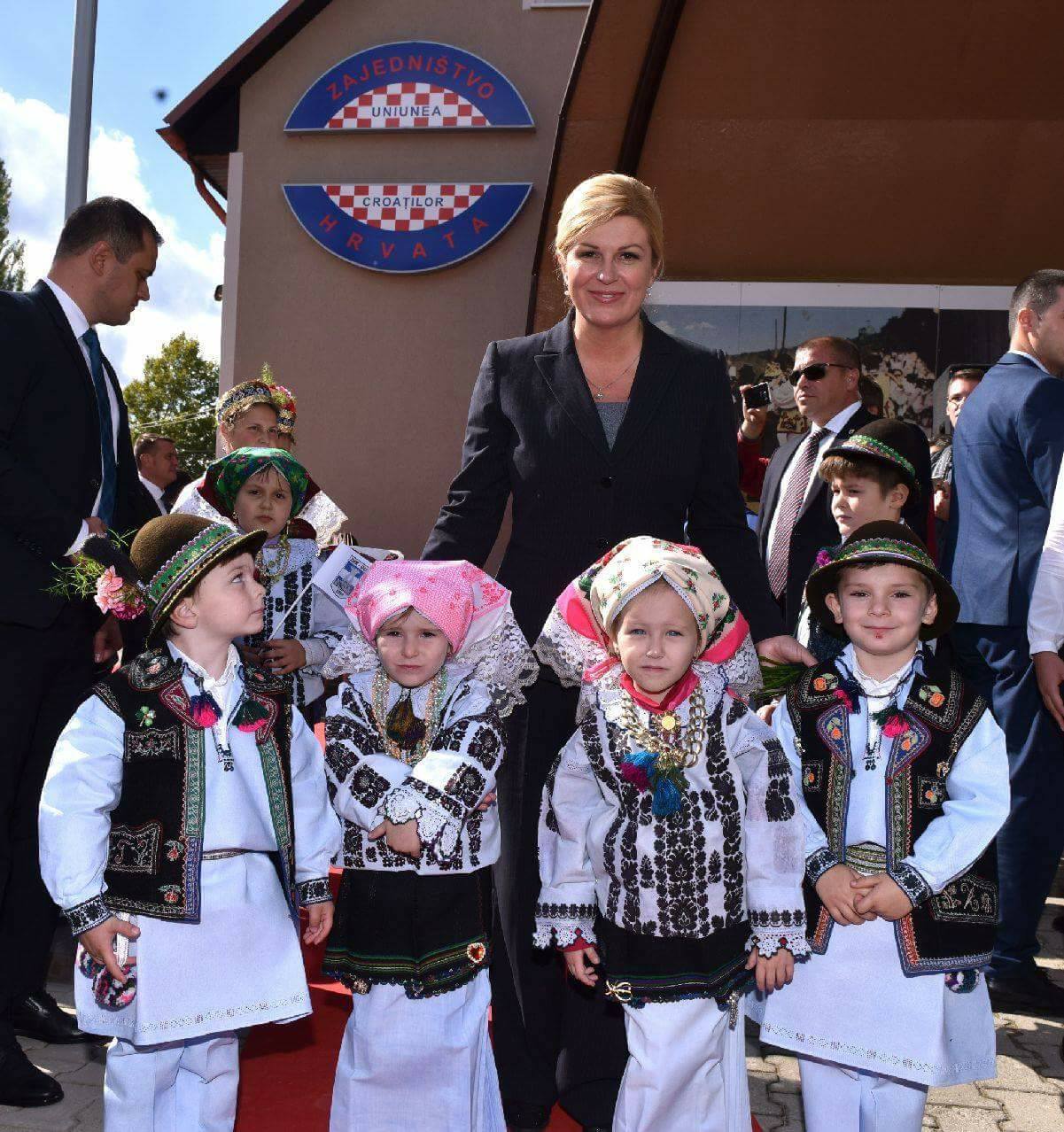 Croatia’s president visited the church and school in the area, where about four-fifths of the 3,200 inhabitants were Croats. After that, she visited the Croats in the nearby villages of Klokotić and Lupka. 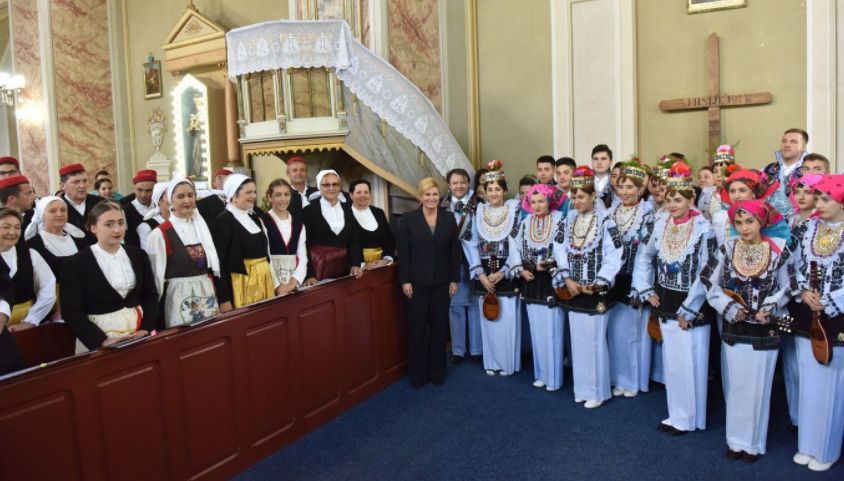 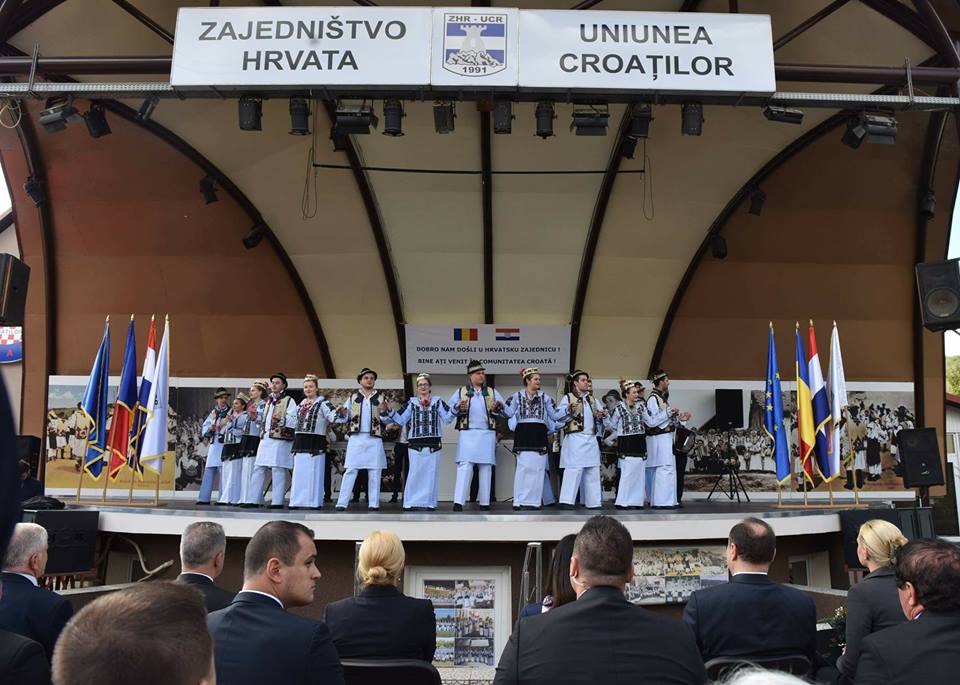 “I sincerely appreciate your efforts to preserve your national identity, encourage patriotism among your young generations, and I invite you to visit Croatia,” said the Croatian President.