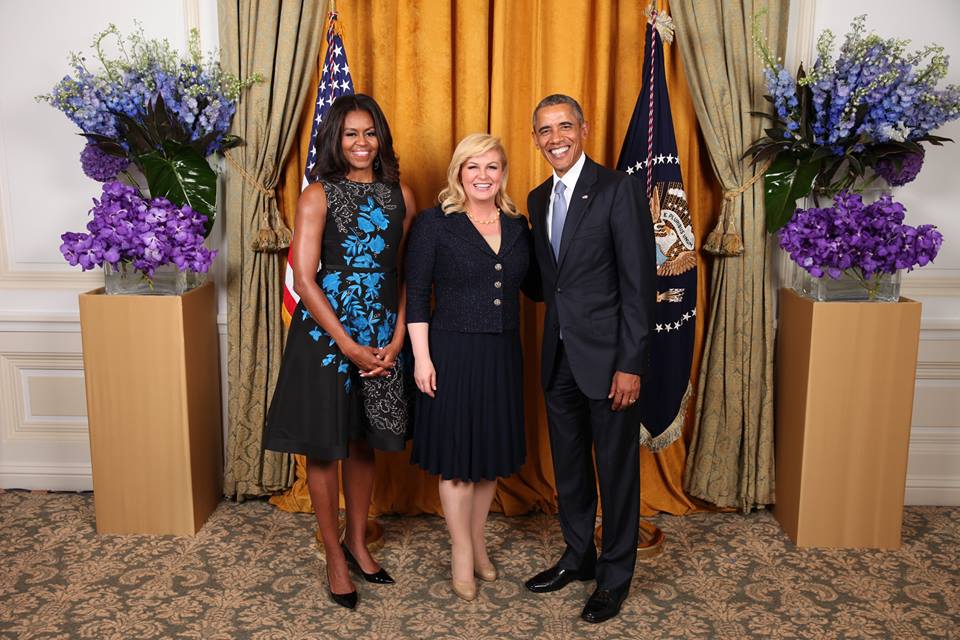 Croatian President Kolinda Grabar Kitarović, who is currently in America where she was attending the 70th UN General Assembly session, has met with U.S President Barack Obama…

Grabar Kitarović and other heads of state attending the General Assembly were received by Obama, and Croatia’s President used the opportunity for a photo with the U.S President and First Lady Michelle Obama. The photo was a big hit on the President’s official Facebook page – gathering close to 15,000 likes in only hours.

Meanwhile, speaking at a high level meeting on peacekeeping at the invitation of U.S President Obama. Grabar Kitarović said that Croatia is determined to continue to play an active role in peace-keeping and will place an engineer unit at the disposal of UN peacekeeping force.

“Croatia also stands ready to continue to organize and cover the costs for pre-deployment training of female police officers from countries outside the Euro-Atlantic area which contribute to peace missions around the world. In this way, we endeavor not only to share our expertise and lessons learned, but also promote gender mainstreaming and the role of women in the UN peacekeeping efforts,“ the President said.