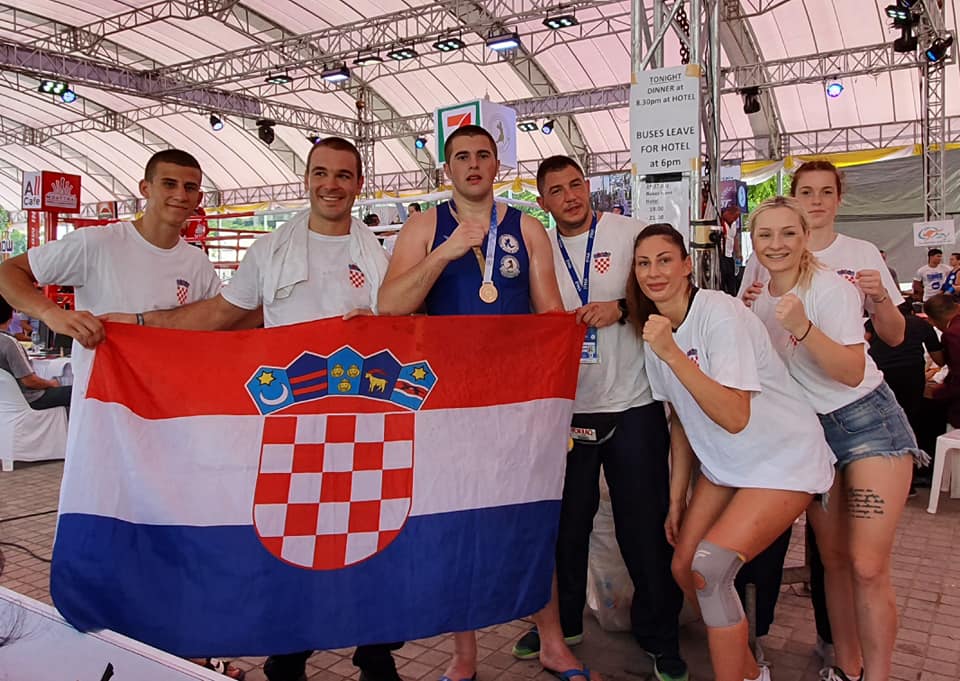 The Croatian won the heavyweight division in the U-23 category, beating his American opponent in the final today at the 2019 World Muay Thai Championships in Bangkok.

Trained by Dario Jurišić, 23-year-old Drežnjak achieved some huge feats at the world champs, including beating the European champion, Jan Beljajev from Estonia in the semifinal. To reach the semifina, Petar beat another strong opponent from Canada.

In the final, Drežnjak faced Sullivan Cauley from the United States and was too good for him to win the gold medal. His gold would be Croatia’s only medal at the championships. Fellow Croatian fighters Helena Jurišić and Lucija Bilobrk were beaten in their semifinal fights and will return home with bronze medals.