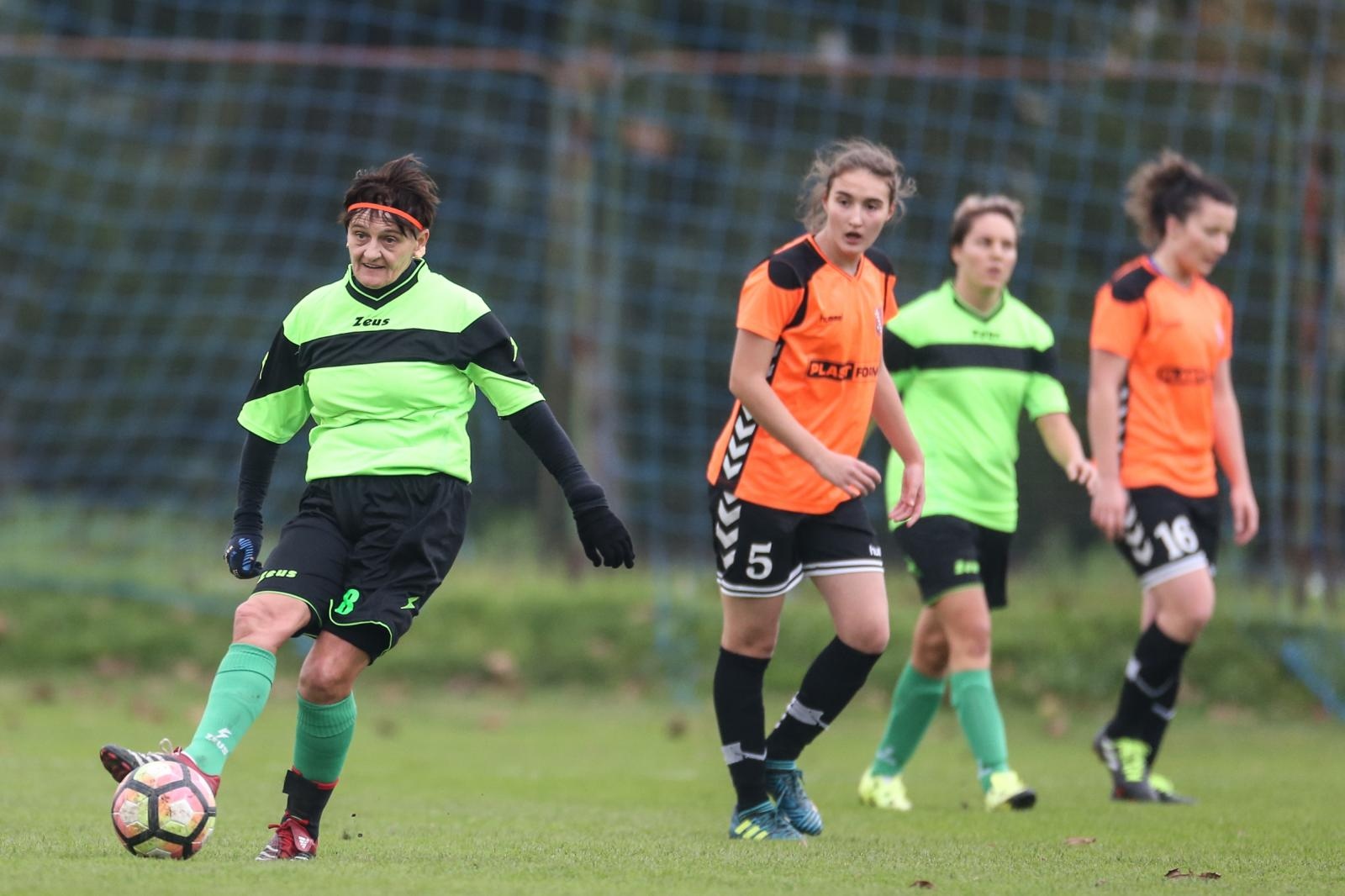 Croatia’s most well-known female football player turned 60 yesterday and she is not even thinking about hanging up her boots yet.

Marija Matuzić, who goes by the nickname Maca Maradona, is still playing in the Croatian first division and is only six years away from breaking a Guinness World Record for being the oldest player.

That honour currently belongs to Lorraine Peel. Peel set the record back in 2017 when she was playing for Liverpool Rangers Soccer Club in Australia at the age of 66.

Matuzić, who plays for Slavonski Brod club ŽNK Viktorija, has had an impressive 40-year career to date, winning 20 trophies so far, including 10 league titles (6 Yugoslav and 4 Croatian).

She first started playing at the top level back in 1974 with ŽNK Loto Zagreb and is still playing today.

“I feel powerful, I train twice a day, I play pick-up games with men, and I play football with girls, I don’t even think about quitting. Well, I thought I would play for so long, not just until I was sixty, but who knows how long because I feel like I’m twenty,” Matuzić told daily Sportske Novosti in an interview.

Matuzić, who has scored over 1500 goals in her career, says that in two years she will be eligible for a pension and that she will continue playing as long as her body allows her to play.

“I feel excellent. I don’t have any illnesses, I run more than those young girls who are 17-18 years old. I don’t know what it is with today’s generation… I make them run, I beg them to fight. When I say I’m sixty, everyone says, “We’d give you forty, maximum.” There is no one who can make me stop. Although you never know what might happen, your life can turn upside down in a minute.”

Marija during a first division match in 2017 between Agram and Pregrada (Photo: Igor Soban/PIXSELL)

In her prime, Spanish club Seville wanted to sign Matuzić for 2.5 million euros but she did not accept the offer.

“I stayed loyal, even though I had offers to play abroad. I am a kid from Duga Resa and for me, Karlovac was New York. Because of my brothers, sisters and mother, who I did not want to leave, I could not imagine moving abroad. I was very connected to them all and it was nice to play here then. There was no money that would have made me leave. I have my friends, my Croatia, the most beautiful country in the world. That is my life,” she states.

Matuzić played her last match for the national team at the age of 39 back in 2000 in a EURO qualifier.

Maca Maradona, who earned over 20 caps for Croatia, has her coaching qualifications and plans to get into coaching to supplement her pension when she starts receiving it in a couple of years.